Gachagua Defiant After Losing Sh200m To The State: “It was a Sham Trial” 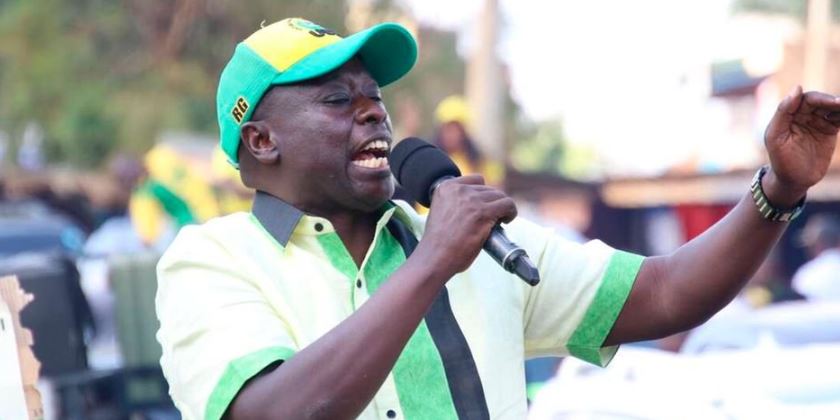 Kenya Kwanza running mate Rigathi Gachagua has dismissed a court ruling as a sham after he was ordered to surrender a contested sum of Sh200m to the State.

In a ruling on Thursday, Milimani law courts judge Esther Maina said she was satisfied that the funds were proceeds of crime.

The High Court ruled that the Mathira MP failed to demonstrate how he obtained the funds. Gachagua had admitted to receiving the money from government agencies and entities through the award of contracts.

The court found that Gachagua only presented a letter dated February 9, 2015, from a government ministry indicating Wamunyoro Investments Ltd had been awarded a tender.

Gachagua however did not prove that the tender was executed. Justice Maina also dismissed claims that the funds were in a fixed deposit account.

“Indeed he admitted he received from government agencies ….there was nothing to show of the contract has had been awarded a tender by that ministry…,” the court observed.

“There was an argument that the funds were in a fixed deposit account but that is not the position,” the Judge added.

The ruling came after the Assets Recovery Agency (ARA) established that Gachagua and Jenne Enterprises Limited were involved in a suspected complex scheme of money laundering.

The funds are held in four accounts at Rafiki Micro Finance Bank. Three are registered in the MPs name, holding Sh165M, Sh35m and Sh773,228.

The fourth account holding Sh1,138,142, is registered in the name of Jenne Enterprises, Gachaguas’s business associate.

Gachagua on Thursday said he would appeal the ruling and accused Justice Maina of bias.

“The judgement today by Justice Esther Maina, in my case against the Asset Recovery Agency, did not come as a surprise to me and my lawyers. The Judge was biased against us from the word go and threw caution to the wind by conducting a sham trial,” the lawmaker claimed.

Rigathi further claimed the Judge “refused our application to cross-examine the investigator in order to test the veracity of his allegations in violation of the rules of evidence.”

“She ruled that all evidence should be through affidavits and rejected oral evidence. She refused my request to call witnesses to testify on how I got my money,” he complained.

Gachagua at the same time read malice in the ruling saying it was a political witchhunt to dent his deputy presidential candidature.

“The judgement was hastily rushed ten days before the elections in a futile attempt to undermine my candidature in the coming elections and dent my sterling performance in the running mates debate last week,” he said.

“I have instructed my Lawyers to immediately file an appeal in the Court of Appeal to stay the orders and set aside the judgement.”

Get Used to Ruto, You’ll See Him for Next 40 Years, Kenyans Told < Previous
Tuju: How Ruto Used Duale, Ichung’wa to Blackmail Uhuru Next >
Recommended stories you may like: