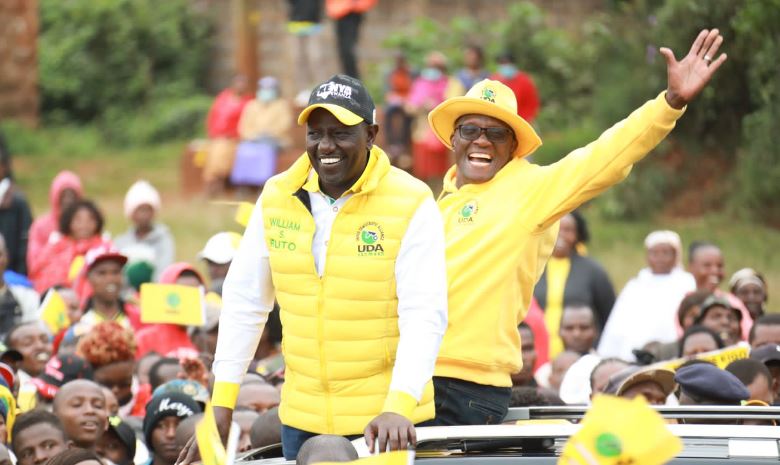 Deputy President William Ruto has taken a dig at the government for lowering the prices of Unga (maize four).

The government on Monday announced a subsidy that saw the price of a 2kg packet of Unga drop from Sh230 to Sh100.

Following the subsidy announcement, DP Ruto spoke at a campaign rally in Gikomba market, Nairobi. He chided the government for its earlier excuse that the high cost of living was a result of the Russia-Ukraine war.

According to Ruto, the move to reduce Unga prices just before the August 9 General Elections is a plot to manipulate voters.

“We will take the unga but we are going to vote with a plan to make sure that every Kenyan has food,” he said.

“Kenyans have already decided… whether you lower the prices or not you will go home on August 9.”

The Trending Memes and Tweets This Tuesday < Previous
Seychelles Leaders Praise President Kenyatta’s Leadership Style Next >
Recommended stories you may like: