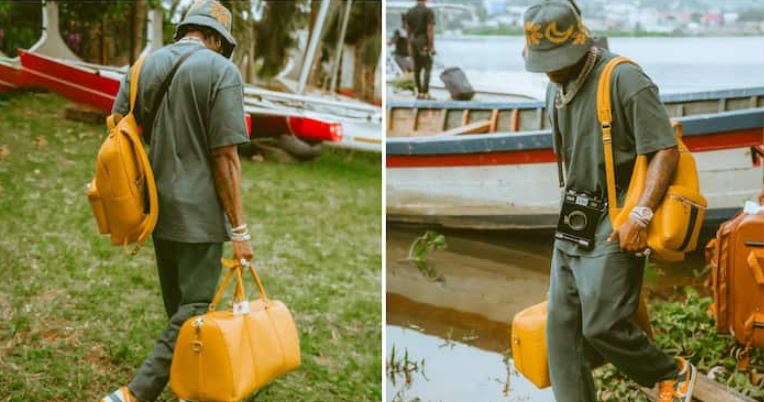 Earlier this week, Tanzanian media was awash with reports that Diamond Platnumz had bought a private island.

The Bongo star also took to social media Tuesday, May 31, 2022 to share some videos touring the island in the Zanzibar archipelago.

TZ media, led by the Diamond-owned Wasafi, reported that the Jeje singer bought the island for a cool Tsh1.8 billion (Ksh92 million).

It was also reported that Diamond Platnumz is planning to put up a high-end hotel on his “private island”.

However, the reputable Clouds FM/ TV presenter Mwijaku was quick to pour cold water on reports that Diamond bought an island.

Commenting on an Instagram post by Wasafi FM presenter Baba Levo, Mwijaku clarified that Diamond doesn’t own the island.

He claimed that a Kenyan investor appointed Diamond to be the face of the project.

Loosely translated: (Lie to those who don’t know the truth. Diamond doesn’t have the money to buy an island. Should I name the owner? So nowadays when Kenyans pick you to be a project manager then you become an owner?) 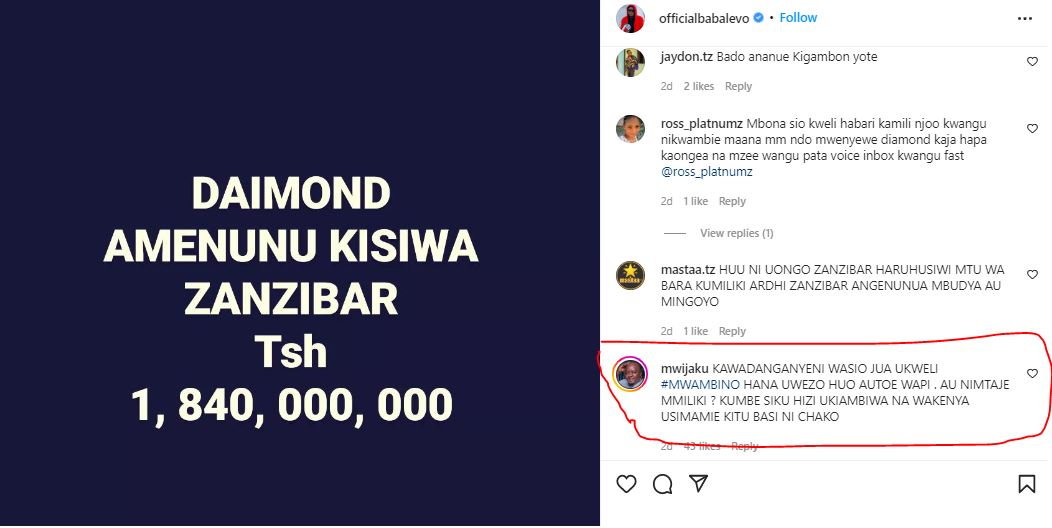 Amber Ray’s Ex: “She Doesn’t Shower and Likes Sex in Bushes” < Previous
Waiguru Hits Back At EACC After Being Blacklisted Over Integrity Issues Next >
Recommended stories you may like: