Sakaja’s Degree Revoked by the Commission for University Education 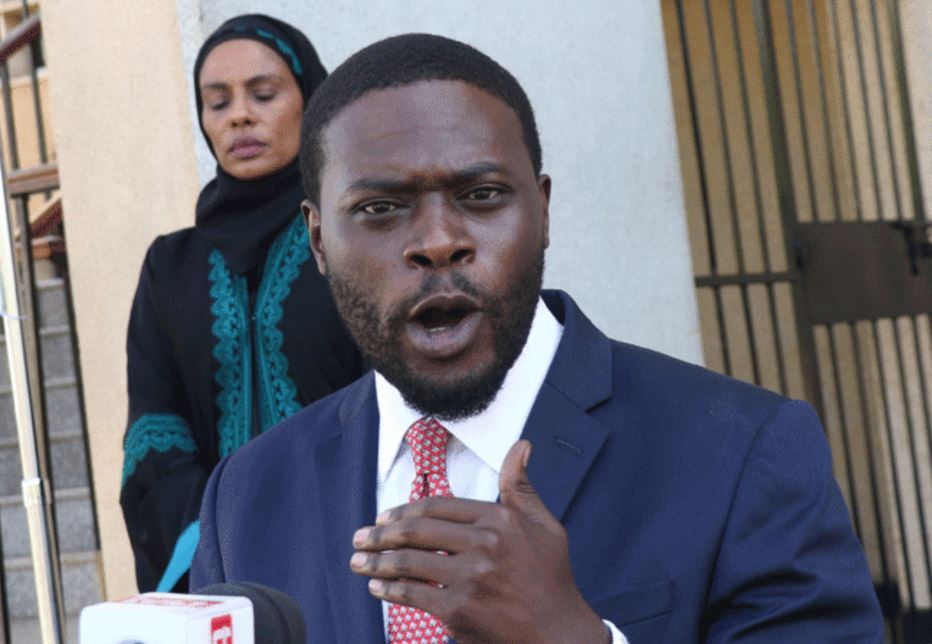 It is looking more and more like Nairobi Senator Johnson Sakaja will not be on the ballot in August.

The question about his academic qualification is taking a new twist everyday, and the politician has so far failed to provide a satisfactory answer.

Long believed to have been an alumnus of the University of Nairobi, where he has on separate occasions stated that he studied Actuarial Science, Sakaja has since disowned that position.

In the last few weeks, the legislator holds that he graduated from Team University in Uganda, an institution that doesn’t resemble a university.

On Wednesday morning, the Commission for University Education revoked Sakaja’s degree, a crucial step that may give IEBC power to block him.

In a letter on social media, CUE said that they had received material information questioning the authenticity of the degree, and will need to conduct further investigations to validate it. 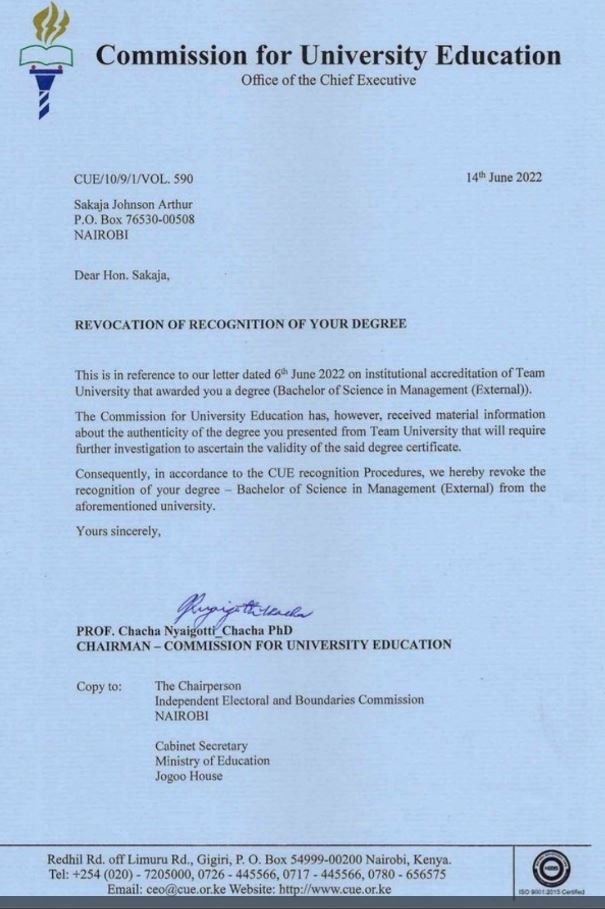 Fuel Prices Surge Again to Record High in Epra June Review < Previous
PHOTOS of Diana Marua At Her First Office Job Next >
Recommended stories you may like: