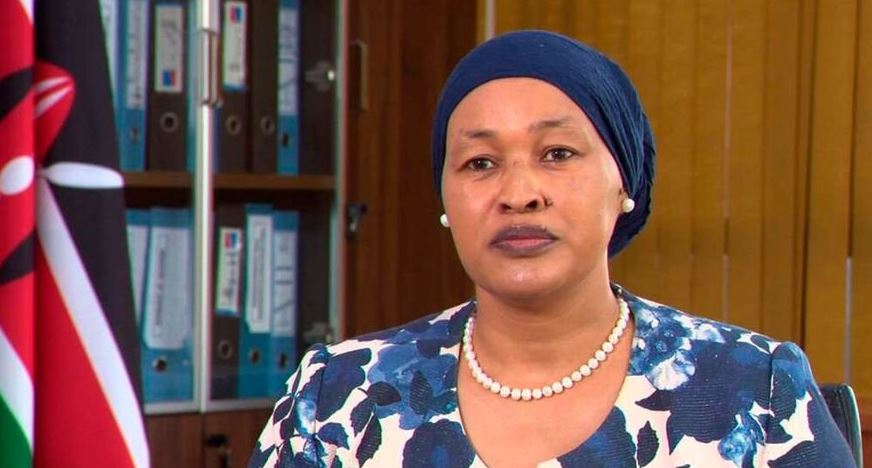 Ms Kabale Tache, Acting CEO of the National Land Commission, responds to queries from members of the public.

Embakasi South is known for numerous cases of land grabbing, especially of land set aside for public utilities. We lodged a case with the commission on a grabbed parcel meant for community market and car park ref LR.209/12678. We provided all necessary documentation to prove our case but six years later no action has been taken. How can you help us? Eric Ambuche, Embakasi South Nairobi

The commission received a complaint from Mukuru Vumulia Self Help Group dated February 2, 2016, and a follow-up on April 18, 2016 regarding the alleged grabbing of a plot earmarked for public market and car park in Mukuru kwa Njenga.

Under Section 6 of the NLC Act, the commission invited the parties concerned for a series of hearings between June 2017 and July 2018. On July 28, 2018, the commission requested the chief land registrar to place a restriction on the title pending completion of the investigations.

The commission made the following findings, among others: that the land was planned and earmarked for car park and market in Mukuru Kwa Njenga (Villa Franca) area of Nairobi as indicated on Part Development Plan (PDP) No. 42.28.86 as approved on September 2, 1986; that there was no evidence that the referred approved PDP was altered or suspended by any other official plan; and that the purported title holder/owner of the plot failed to provide documents as evidence that the due process was followed in acquiring the land.

Further, the documents held at the county government support the position that the land was earmarked for public use as a market and car park.

The commission, therefore, recommended that the allocation and issuance of grant for the plot be annulled, the title revoked and that the land be vested in the Nairobi county government for the purpose of a market.

I wish to note that the recommendations were not gazetted. This is because determinations were made during the transition period from the former to the current commission, and the effects of Covid-19 set in. Additionally, the statutory period for review and determination of grants on public land expired. The commission will soon be gazetting the recommendations for implementation.

In addition to the above, some instances that are beyond the commission’s control have made it difficult to promptly compensate the affected persons as envisaged by the law. Some of these instances include family disputes on the land, court cases and succession cases, among others.

Additionally, the commission depends on the acquiring institutions remitting funds to compensate the land owners.

The commission is encouraging families and those affected by the projects to explore alternative dispute resolution mechanisms instead of the courts, which may take long to resolve the disputes.

In 2020, your chairman answered my question in this forum, promising that I shall be contacted by his personnel. To date no one has called. When will your commission resolve our case? Gregory K. Ngeiywa, secretary Kony indigenous council (Kitale)

Let me start by apologising. When the claim was filed in 2013, the historical land injustice legislative framework was not in place.

The law came into place on September 21, 2016 through the Land Laws (Amendment) Act of 2016 and thereafter your claim was acknowledged and given a reference number. The first commission immediately started processing the historical land injustice cases but were caught up by expiry of their term on February 19, 2019.

Unfortunately, your claim was among the ones not processed by that time.

The current commissioners took over office in November 2019 but the Covid-19 situation slowed down our work.

The commission has since embarked on finalising all the historical land claims, including yours, because this is a time bound mandate as per Section 15 of the National Land Commission Act, 2012.

The commission has county coordinators at the level of a deputy director across the country. What are their achievements to date? Leonard Omullo Orondo.

Due to stringent financial constraints, the commission allocated Sh25.8 million for the county offices in the current financial year.

Their achievements include processing of over 8,000 development applications, over 75,000 land ownership documents and applications, resolved 5,654 land disputes through Alternative Dispute Resolutions, inventorised 72,935 parcels of public land, processed 65,231 land applications, identified 227 public institutional land for recovery, conducted over 2,851 public education sessions, conducted 908 public participation sessions and appraised the commission on the status of land use planning in the counties through periodic reports.

The Court of Appeal awarded former NLC directors, whose contracts were irregularly terminated, almost Sh200 million. How does NLC intend to pay them? Leonard Omullo Orondo.

The commission will comply with the court order appropriately, including computing the claim as per the judgement of the court.

The commission wrote to the National Treasury to be allocated funds to process the claim. The Treasury advised us to seek an advisory opinion from the Office of the Attorney-General.

You have held the position of acting CEO since 2019. What are your achievements? Joel Waweru, Rongai

We developed our strategic plan for 2021-2026 that is guiding the direction of the commission for the next five years.

The commission has facilitated at least 100 flagship public projects through compulsory land acquisition in support of government’s Big Four Agenda and Vision 2030.

We have processed 7,546 requests for land allocation to public institutions and private individuals, 3,200 transfers of public schools and 7,360 approvals for development controls among others.

How can your commission curb land-related conflicts? Komen Moris, Eldoret

To mitigate against such conflicts, the commission is: (1) Conducting nation-wide mapping and inventory of all wildlife movement and connectivity corridors, and supporting planning of these areas in order to secure them in national and/county land cadasters (2) Reviewing/investigating irregular/illegal land allocations of ecologically sensitive lands including wildlife areas such as riparian lands to private individuals and entities (3) Supporting informed decision-making on environmental management in consultation with other state agencies through reviews and provision of relevant advisories for management of critical habitats and biodiversity hotspots and (4) Policy reviews and establishment of databases for natural resources for monitoring their statuses, among others.

In 2021, Kenya was among seven countries that signed the Inter-Governmental Authority on Development’s Regional Women’s Land Rights Agenda. How is NLC implementing it? Celestine Mutua, Nairobi

The commission is at the fore front of implementing the Inter-Governmental Authority on Development’s Regional Women’s Land Rights Agenda.

The commission, in collaboration with Ministry of Lands has developed an Action Plan for the Kenya Women’s Land Rights Agenda 2021-2031, which details how to mainstream gender in land governance and management.

Further, in the ongoing review of the National Land Policy, the commission is ensuring that the policy will provide more gender inclusivity to regulate women’s access to land and ensure inclusive public participation.

Finally, the commission has streamlined its activities to be sensitive to women, vulnerable, indigenous groups and other minorities especially in processing of the historical land injustices, alternative dispute resolution and compulsory land acquisition.

Funny Tweets by Kenyans on Twitter for your Monday Blues < Previous
CRAZY – The Funny Memes Going Viral on Social Media Next >
Recommended stories you may like: