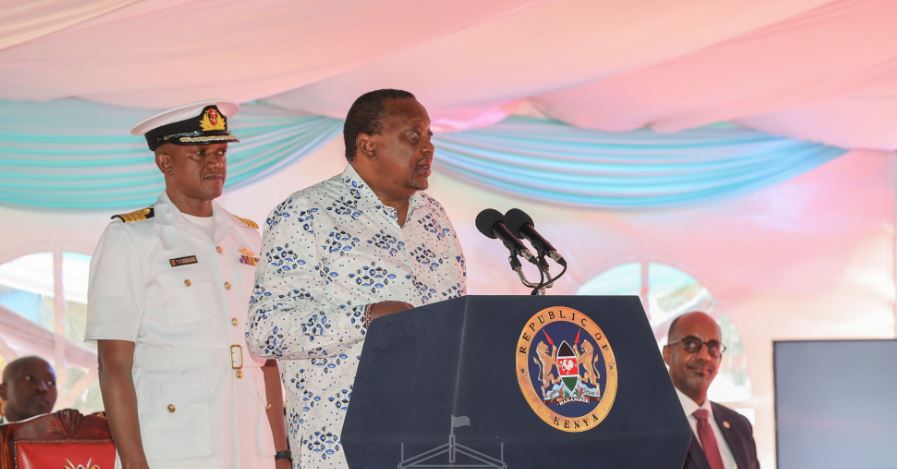 The magnificent 20-floor tower, located in Nairobi’s Kilimani area, will serve as the bank’s Eastern Africa regional headquarters as well as the regional operations hub.

Speaking during the occasion, President Kenyatta said the expansion of the operational base of the Trade and Development Bank in Nairobi affirmed Kenya’s capability and credentials to host an expanding family of regional and international institutions.

“Indeed, the sustained expansion of Kenya’s economy boosted by strong investor confidence and a resilient banking and financial services sector validates our claim as a destination of choice for investment in Africa,” President Kenyatta said.

The Head of State also noted that the new building symbolized the exponential growth of the Trade and Development Bank since its inception some 40 years ago.

As one of the shareholders and founding members of the bank, President Kenyatta said Kenya was proud that the bank now boasts of an asset base of US$8 billion.

He congratulated the bank for being recognized as the sustainable bank of the year and also the best development finance institution of the year in Africa during the African Development Bank annual meetings two weeks ago.

“This coming close on the heels of other awards by international financial rating agencies confirms that this African bank is growing not just in terms of its capital base but also in terms of the quality of its services,” President Kenyatta said.

He thanked the Trade and Development Bank for its financial as well as policy and programmatic support to the public and private sector enterprises, particularly in mitigating the disruptive effects of the Covid-19 pandemic.

“We, in Kenya, appreciate the bank’s support to Kenya Airways for the expansion of its fleet and the support to the Kenya Ports Authority for the port modernisation programme. This support has been crucial in enabling us to expand logistics support to the neighbouring countries, in particular, those that do not have access to the sea,” he said.

As the African continent gear up to take full advantage of trading under the African Continental Free Trade Area (AfCFTA), the President said the Capacity Building Academy and the Captive Insurance Company recently established by the bank will provide businesses with the needed capacity for preferential lending, deepening of trade links in the region and managing risks.

President Kenyatta also took the opportunity, in his capacity as Chair of the East African Community, to make a special appeal to the Democratic Republic of Congo, the newest member of the EAC.

“I urge the bank to work alongside other East African countries to support small and medium-sized enterprises (SMEs) not just in DR Congo but throughout East Africa to enable them to establish themselves across our region,” the President said.

He announced that Kenya will increase its shareholding in the bank as other countries including Rwanda, Ethiopia, Tanzania, Uganda and Ghana are also set to increase their investment in the bank as part of their growing confidence in its capacity.

In his remarks, Eastern and Southern Africa Trade and Development Bank President Emeritus and Group Managing Director Admau Tadesse applauded Kenya's role as one of the early champions that nurtured and supported the bank in its growth into an award-winning regional financial institution that it is today.

"We are very proud that over the years we have accompanied the Government of Kenya and its private sector in the development of various key economic sectors in the country through our project corporate and trade financing windows.

“This is in line with Kenya's development aspirations and plans, and certainly the Big 4 Agenda, and very much in line with Vision 2030,” Mr. Tadesse said. 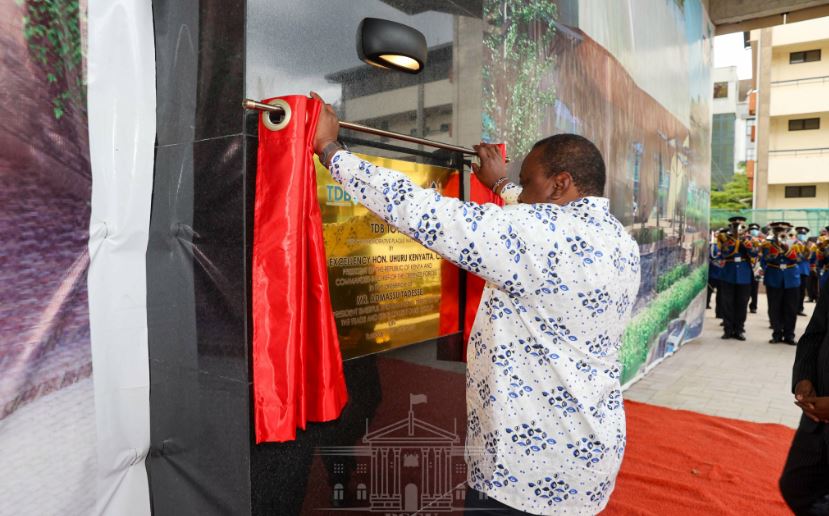 Prev2 of 11Next
Use your ← → (arrow) keys to browse
Mama Mbogas Don’t Want Free Money: Wetangula Dismisses Raila’s Sh6,000 Monthly Stipend < Previous
The story of the first female F1 driver Next >
Recommended stories you may like: