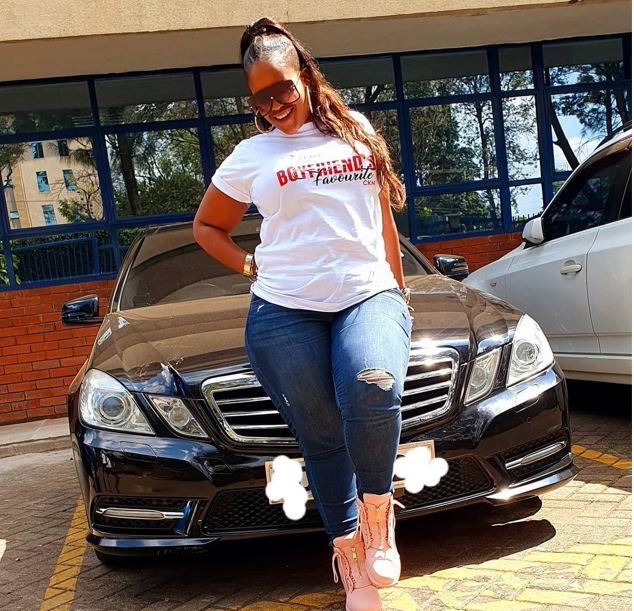 Kamene Goro has told a story of how an ex-boyfriend would show off to his friends using her German machine.

The Kiss 100 radio presenter acquired a Mercedes Benz E-Class sometime in September 2020, at a time when most people were grappling with the effects of the pandemic.

The sleek ride however turned out to be a thorn in the flesh of her romance after she clashed with her ex-boyfriend,

Speaking on her morning show, Kamene narrated how the ex begged her to drive the new Mercedes when they were going out.

When they met up with his friends, the boyfriend lied to them that he had just imported the new Benz and that the Coronavirus pandemic was a blessing in disguise for him.

“There is a dude that I dated, an ex of mine. We were going somewhere we were using my car, he wanted to drive. We got to this joint. So when he pulled over a couple of his boys were around,” Kamene recounted.

“This ninja is even giving stories of how he imported my car. I was just there standing like ‘are you kidding me?'” Kamene exclaimed.

The radio presenter said she broke up with her boyfriend shortly after he bragged to his friends how he owned.

“Save to safe that was the last time I went anywhere in public with him,” she said.

PHOTOS of Diana Marua At Her First Office Job < Previous
Jalango Still Hopeful Despite Restaurant Making Losses Next >
Recommended stories you may like: