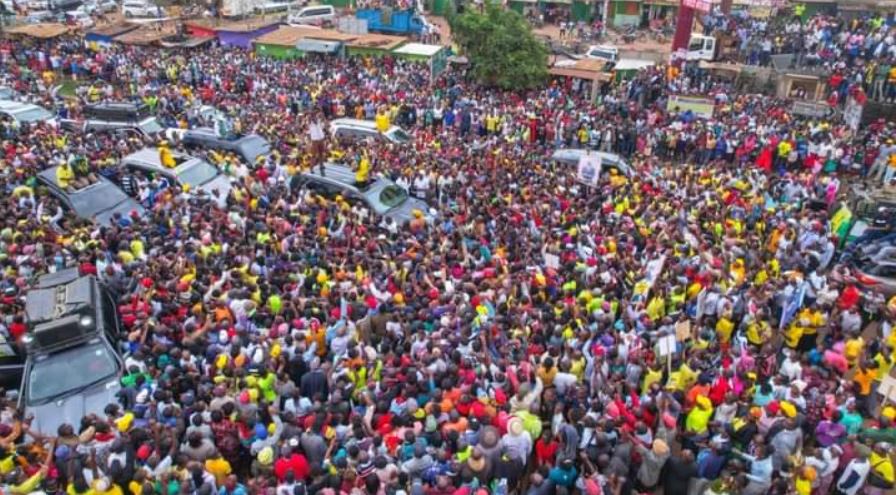 Speaking on Citizen TV Tuesday, Kibicho said the images shared by Ruto’s campaign team are photoshopped and do not reflect the real situation on the ground.

The PS gave an example of a rally in his hometown of Kagio in Kirinyaga where the turnout wasn’t as depicted in the images shared by Ruto’s team.

“There are people who will make noise and do all sorts of photoshopping…I saw a photo of my town Kagio that has one road that three vehicles cannot pass side-by-side. But their images showed their rally had a crowd of about 2 kilometres wide on the same road,” Kibicho explained.

“That is perception creation that is very far from facts.”

Kibicho claimed that unlike Ruto, ODM leader Raila Odinga enjoys authentic support across the country. He claimed this is backed by data from the National Intelligence Service.

“We don’t deal with that perception. We deal with facts. We assess what the facts are saying on the ground. They are saying different things from the noise.”

According to PS Kibicho, Raila will win the August polls in round one by 60 percent of the votes cast.

The PS also rubbished claims that there is a plan to rig the elections.

“What we are seeing is a situation where people start playing victims, creating a perception. You have all these things of rigging. What these people are trying to do is to set the stage. This is not the first time we are seeing this,” he said.

“There is no rigging whatsoever. There can’t be because this is a government led by President Uhuru Kenyatta who believes in rule of law and democracy. Everyone knows that unless they are pretending,” Kibicho added.

Police Commander Dies While Denoting Explosive at Tullow Oil Facility < Previous
Here’s What’s Trending in Nairobi This Thursday Next >
Recommended stories you may like: