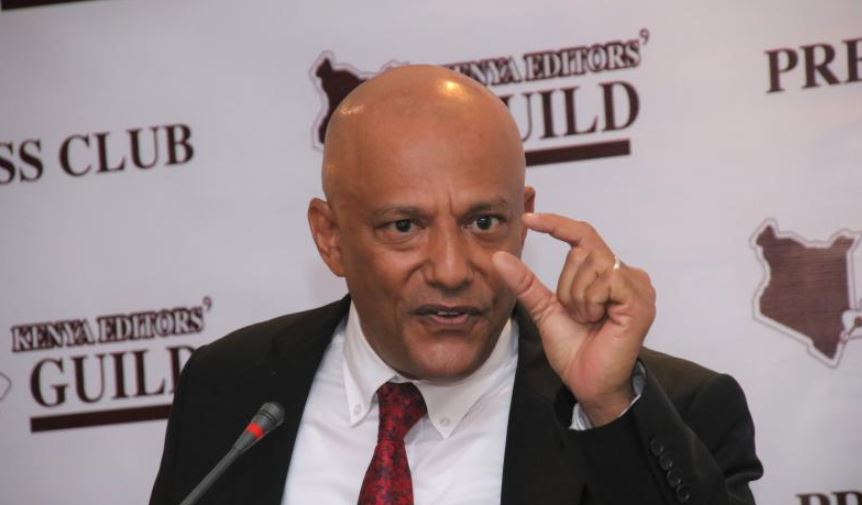 Mbarak said he had received some calls from such politicians complaining that he was “finishing” them.

The antigraft czar reiterated his commitment to fighting forged academic papers, urging other State agencies not to give up the fight.

“Don’t give up in the fight against the fight on fake academic papers. Support the Independent Electoral and Boundaries Commission, support the EACC and judiciary.”

“We must support the citizen because they are ignorant. Citizens are the most powerful as they will elect these leaders,” he said.

“In this country, people with fake papers have the guts to abuse institutions. How can you have a degree and don’t know your classmates?” Mbarak posed.

He added: “We have crooks who are aggressive & are fighting the system. You have a fake academic paper and you have the guts to call the CEO of EACC, ‘wewe unanimaliza’ (you want to finish me).”

The EACC boss noted that the top leadership and the main presidential candidates never interfered with the commission.

Twalib Mbarak spoke on Monday at a forum organized by EACC and religious leaders in Nairobi.

President Kenyatta Calls For Urgent Global Action To Protect Oceans < Previous
All The Trending Memes and Tweets This Monday Next >
Recommended stories you may like: