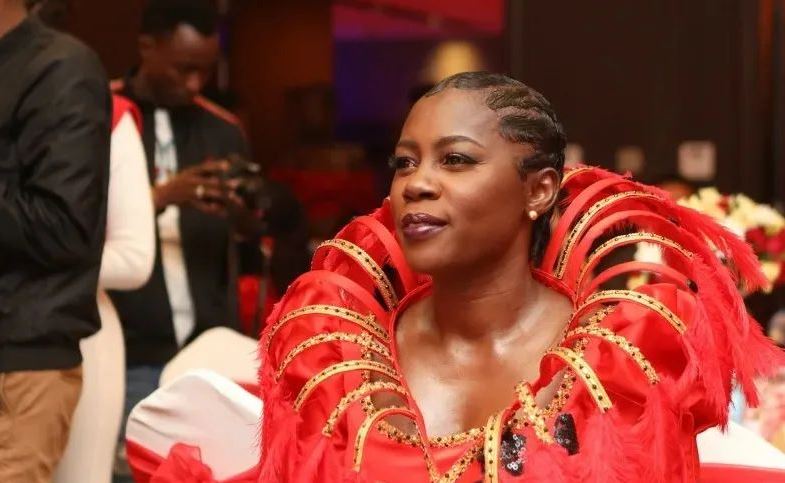 Akothee has figured out why she keeps getting sick and it has something to do with dating her former manager Nelly Oaks.

The two have been in an on-and-off relationship for years that appears to have reached its end this year.

Last week, Akothee confirmed she broke up with Nelly Oaks saying it was a personal decision informed by her need to focus on herself.

“I have walked out of other relationships with different ups & downs, so this last one shouldn’t be a shock or a surprise. It’s just a personal decision, I need time to concentrate on my newfound happiness with less destruction.

Akothee went on: “I need to work on myself and my career, I am not ready for any commitment, questions or answers to what transpired💪 just didn’t want to hurt anyone. but sorry it is what it is 💪”

In a follow-up assessment of her relationship troubles, the celebrity musician gave a 5-year timeline revealing her tough luck whenever she was dating.

Akothee was admitted to hospital for the three consecutive years she was in a relationship since 2017.

In 2020, she was single and never had any health issues. The mother of five then got into a relationship the following year and three months later, she was admitted.

Akothee also fell into depression for over six months while dating Nelly Oaks.

For all these health reasons, Akothee declared  she “can’t do this again.” I suppose you could say she is sick of dating Nelly Oaks. JK! 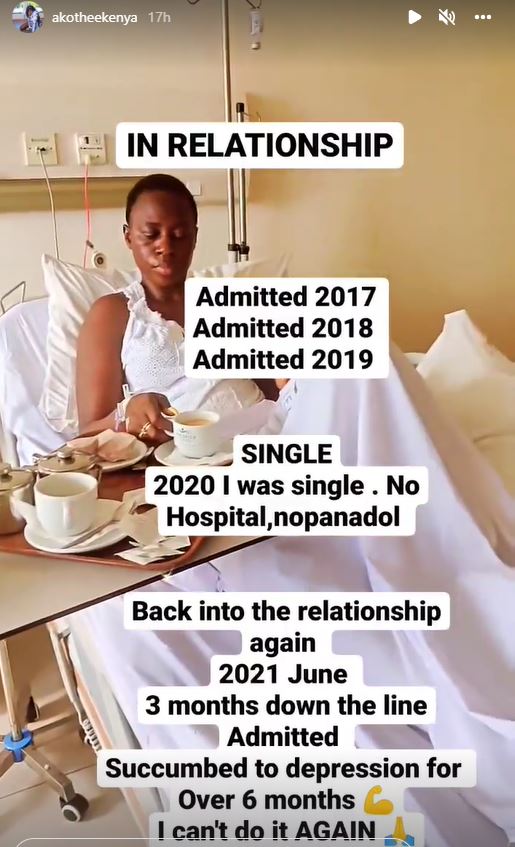 Why Selina Actress Helen Keli Will Never Date a Married Man < Previous
New Churchill Show ‘The Journey’ Premieres Next >
Recommended stories you may like: