Why Obinna Cut Off His Father Again, “Situation Was Very Bad” 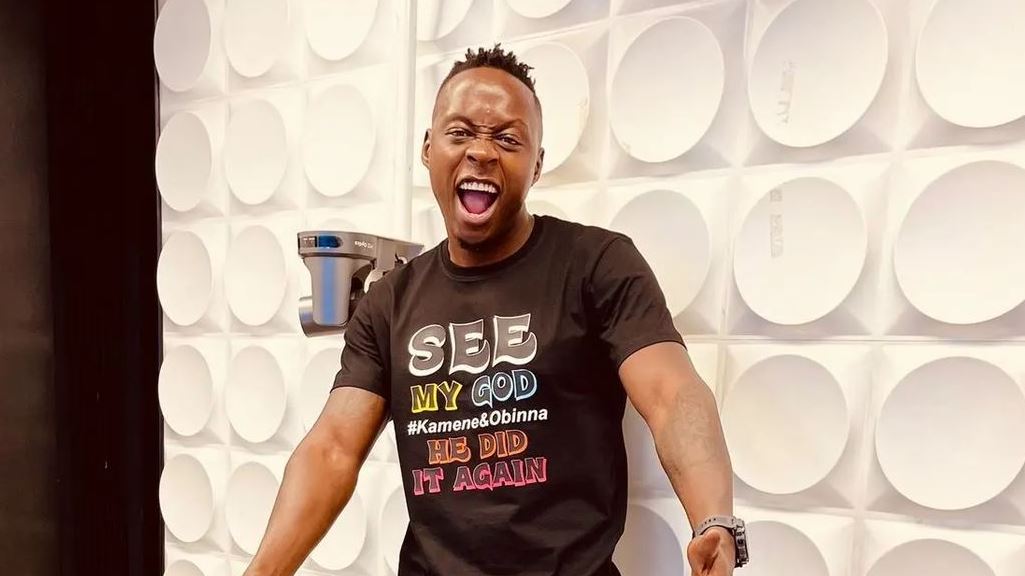 Comedian and radio personality Oga Obinna has opened up about his strained relationship with his dad.

The Kiss 100 radio presenter recalled a childhood experience from nursery school in Eldoret, when his dad refused to give him a gift despite coming up top 5 in his class.

Obinna said he was considered an outcast at home, with his father eventually kicking him out.

“I never had a father figure. I was the loud one and the noisy one. I used to think I was cursed because a mistake would happen, and my dad would beat me without finding out what happened. You will find that probably it was not me, but because he already beat me, so I would never snitch on the other person. I am the type of person who holds grudges. I can hold grudges over years. So when he kicked me out of his home, I held that grudge. When I came to Nairobi, did everything I did, and Obinna happened, I said I am not going to forgive him,” he said in an interview with Buzz Central.

However, about a year ago, Obinna and his father settled their differences. The comedian even build his father a house and bought him his first car, a Nissan Bluebird.

Unfortunately, the peace did not last after his father insulted him about a week ago in a family Whatsapp group.

“A situation happened in the family Whatsapp group, and he came guns blazing towards me. I was not the one with the mistake, and he had heard stories from one side. I listened to the voice note and tried to explain to him what had happened. I even told him I was trying to remedy the situation, but he continued unloading and I also unloaded and told him, ‘listen ni**a, you were never there, and you are not telling me sh*t’. It was very bad and I was like ‘everybody back to their corner, don’t call me and don’t talk to me.’ So I decided to cut him off again and focus on my life. I blocked and exited the group, and we are back to where we began.”