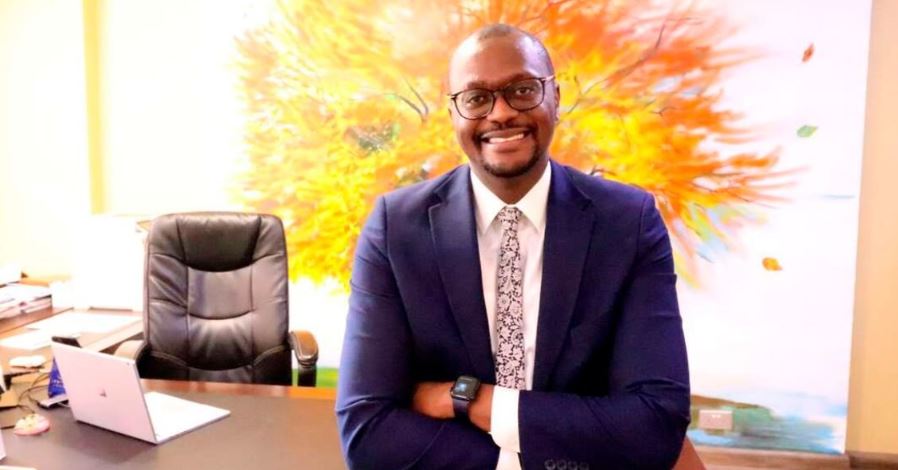 The 39-year-old trained actuary scientist from the University of Nairobi spoke to Business Daily in an interview on May 11, 2022.

You help insurance companies build price models. If everybody has a price, what’s yours?

First, what makes a price? For example, if you are hit by a bus, we look at age, current remuneration, and how long it will take for you to retire. Your earning capacity is your price. So the actuary does the maths. Someone will argue; who said Biko will live until 60, he might die anytime. So we have to do some probabilities. Were his earnings growing or not? We come up with a number.

There are things like the propensity to claim on a medical case and say you have a bad lifestyle or you’re old. For me, on the medical side, I’m a medium risk, on group life, I’m a high risk obviously, I’m not yet retired, I’m not on pension. In the motor industry, I’m a low to medium risk.

So why actuary and not farming or woodwork?

I could have been a computer guy, though; I liked systems and programming. My brother liked programming a lot, and he made me like it too. But this isn’t far from what I do now because we make models and we use computers a lot.

Great childhood. I grew up in Buruburu, Nairobi. A very good community.

My father was a pilot, mom was in banking. I’m in a family of six children, I’m the fourth born. Stable. Happy. Middle child. No issues. No questions.

What are your beacons of success?

I think finishing actuarial. You know actuarial is not just the degree, there’s also the professional qualifications and qualifying as an actuary.

Building my strong family networks, like my brothers and sisters.

Building the business which is moving on well. We hope to list it {on the Nairobi Securities Exchange}, maybe in the next 10 years.

I’m married with a four-year-old child, and another on the way. Being a father is about dedication. I think my parents really dedicated themselves to us.

If I wanted to be a pilot like my dad, I’m sure he would have pushed his way through for me to get there. So I’d like that for my children. But I don’t want to spoon-feed them.

My brother went to Lenana School, I thought I’d go to Starehe Boys Centre but then I played a bit in KCPE, so I didn’t get the necessary marks to go to a national school. I asked my dad if he could pull strings to get me to a school like Strathmore but he said, ‘no, these are the marks you earned and they will take you to the school you deserve.’

I joined Dagoretti High. I think it was a very useful lesson. Maybe that’s why I got my A because I realised now if I played around, that’s how life will move.

What are you struggling with as a father?

Time. Time. Time. As an entrepreneur, your company is also your child. You worry about it.

Sometimes when you are home, playing with your child you are there but you are not there. So quieting down the mind and being present is a very hard thing. I’ve been working toward getting the work-life balance done.

Do you find that based on your profession, you’re always looking at life in terms of numbers?

Unfortunately, yes. I have discovered something very interesting; the invisible hand. For example, the statistics of death from road accidents in a year don’t change much.

So essentially if you say, how many caskets do I want to buy for next year, you can know the number. Yet, even with this data, everybody feels their accident is unique. Your accident isn’t unique, you are basically filling a number. It’s because of that that my profession exists.

I can tell you how many road accident deaths there will be next year. Not because I know, but I know. What we don’t know is who. We think our world is so random, it’s not so random.

How does that change how you live your life?

I’m aware that once you’re in the race for the invisible hand to take over, then that’s it. You’ll be one of them. It means, going by the example of road accidents, that if you do long-distance travelling by car every Saturday, whether you’re the best driver on earth, you have already entered the lottery. You might be picked by death.

So I reduce that exposure. I will fly instead of drive. I don’t do long distance if I can help it. And if I’m going far like Nanyuki I will break my trip into two parts because for me it’s so clear to me that it’s not your fault. Because everybody who has an accident always says ‘this guy just showed up on the road.’ Everybody says, ‘I don’t know what happened.’

Do you believe in God?

Obviously, I believe in God but I’m saying this is a statistical issue. It’s actually a statistical item called The Bell Curve. That if you throw chips they will fall in a certain way.

That’s how the world was built. We tend to think that if I make an error it’s when something will happen. But no. It’s not your fault.

Do you think our lives are already preordained? Like we were supposed to sit here today right now, you telling me about the Bell Curve?

I’d say it differently. I would say it this way; the profession I took 15 years ago, the profession you took and ended up writing for Business Daily, years ago put us in play for today.

We were not bound to happen, but we were in play to happen. Our chances of that happening started that day, it didn’t start today or last week. But the meeting wasn’t ordained because we also make choices.

What has been your most challenging risk?

Expanding the business is one but also I’ve taken a risk not being so physically active. I don’t gym and I never played any sport. I should be active. So I guess it’s a risk of omission.

Statistically, I’m getting into a problem zone because of my age and my lifestyle of not being very active. My fear right now is my health. Not being active might cost me and it’s a heavy one because I have children and might not be there for them.

Has there been some sort of revelation you’ve had recently? Something very profound.

The invisible hand that I mentioned. If you step back far enough you will always see patterns that the people standing too close don’t see.

Let me give you an example. If you look at a family in a certain setting, whether it’s in Africa or the US and you follow that family, their story will move, shock you and surprise you. However, if you take 1,000 families, you will be surprised that their stories are the same.

You always think it’s individual strengths but you step back and you realise everybody has the same story. People think the environment has 20 percent role to play, it doesn’t. It’s 80 to 90 percent.

Do you think that your individual powers, knowledge, greatness, and wit are what make things move the way they are? It’s the environment that is determining your situation. Because if I look at your life and 1,000 people’s lives, you’re no different. You’re actually predictable.

How does this knowledge shift things for you?

It has made me content. Contentment comes from accepting the situation. A lot of people are not content and that’s what makes them behave the way they’re behaving.

Whether somebody has money or no money, they’re not content with their life. They always feel that if this had happened they would be okay and that’s what creates discontent. The problem with discontent is that it breeds other things. I think for me being content is a good thing. It’s like a road.

Which one would you pick, contentment or happiness?

Contentment any day. Because with contentment you can be sad but survive.

You could be happy because you got the most beautiful woman, the best intelligent children but if you are not content, you will not appreciate it.

Career Path With Communication Specialist Evelyne Ogutu < Previous
Hilarious Posts by Kenyans on Social Media for the Monday Blues Next >
Recommended stories you may like: