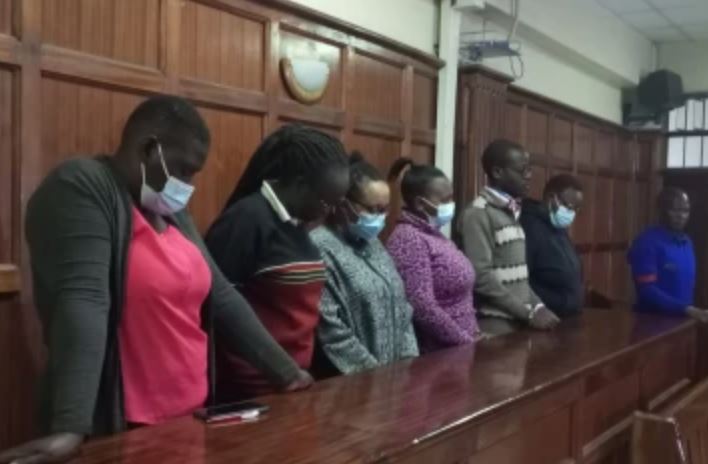 In count one, the prosecution alleged that the six, jointly with others not before court, committed an offence of felony, namely stealing cancer drugs valued at Sh4,675,147.

The accused persons were charged with another count of stealing more cancer drugs worth Sh 4,675,143 on the same dates and place.

Their lawyer Danstan Omari also questioned the charge sheet signed by the police instead the Director of Public prosecutions (DPP).

The Court agreed with the lawyer and directed him to file a formal application.

The court granted the suspects Sh500,000 cash bail or Sh1 million bond each.

The matter will be mentioned on June 6.

Neomi Ng’ang’a: Things to Consider Before Calling a Woman Fat < Previous
Andrew Kibe Changes Tune on Martha Karua, ‘I Would Rather Vote for Sonko, Alai’ Next >
Recommended stories you may like: