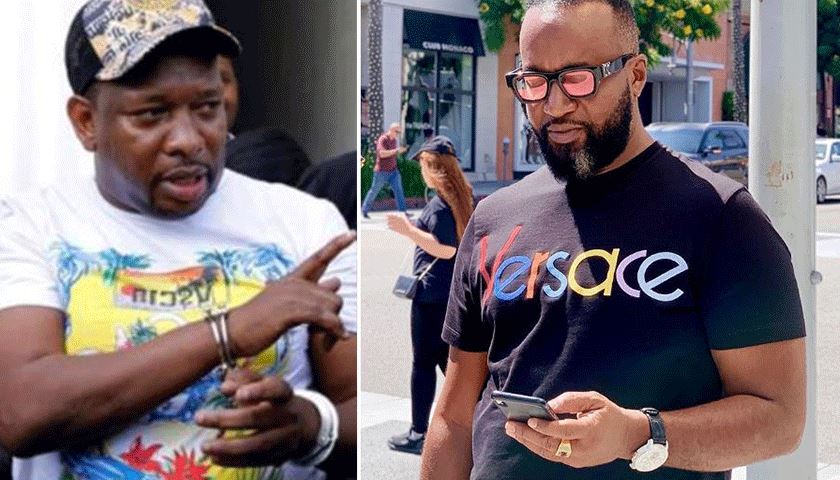 Terming Sonko a reject, the ODM team vowed to ensure that one of their own is elected to govern Mombasa County.

“We are seeing some of our friends have decided to bring their fight to our backyard and we are going to use all our resources but peacefully to ensure Mombasa people get the next governor who knows their problems,” Governor Joho said.

Joho and Mvita MP Abdulswammad Shariff Nassir, who is vying for Mombasa governor, criticized the Wiper Party’s decision to endorse Mike Sonko for the seat despite agreeing on several issues under the Azimio la Umoja One Kenya coalition party.

Joho said Mombasa does not need a governor who had been rejected elsewhere.

“I took time since 2017 … to ensure I hand over to the right person, who is Mr Nassir. Whoever thinks he can come at the last minute to change the minds of our people through propaganda and money, [he should know] we are not that desperate to accommodate those who have been rejected elsewhere,” he said.

Speaking after Idd prayers, Joho said they would conduct door-to-door campaigns to ensure residents vote for ODM in all elective positions.

“We are now in politics and I will be blamed if I leave the seat in the wrong hands and I can assure you I will be at the national level but in Mombasa, I am sure Mr Nassir will be the next governor. Now that they are invading our territory, we shall start campaigns by calling our Mombasa people to vote six-piece from presidential, where Mr Raila Odinga will be our candidate, down to the county level,” Joho said.

“A month ago, I traveled with Sonko. I heard he was sent to vie in Mombasa by Musyoka, whom I would like to ask to stop creating chaos in Azimio la Umoja. He could have fronted his name to come and vie in Mombasa instead of sending his emissary,” said Nassir.

Two Boda Thugs Arrested After Trying to Rob Plainclothes Cop < Previous
Here’s What’s Trending in Nairobi Today Next >
Recommended stories you may like: