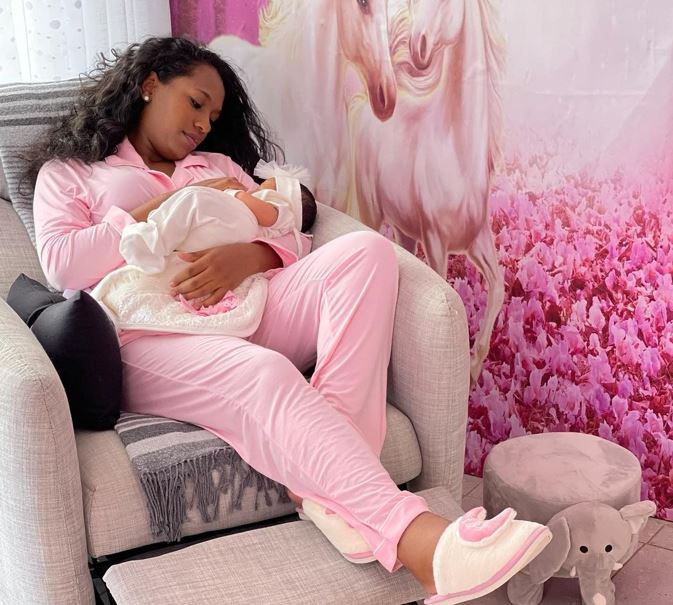 Media personality Grace Ekirapa has assured fans her newborn baby is safe around their dog, Ace.

This followed health concerns for the baby girl after Ekirapa on Sunday shared a video of the newborn lying next to Ace.

Fans were worried that the baby would develop pet allergies from the dog’s fur.

“That fur is not very healthy for the baby. The dog is super cute lakini acheze cheze tu huko mbali na tu-bones twake,” one fan wrote.

Another observed that no matter how well the dog is schooled, Ekirapa was exposing her newborn to allergies.

But Ekirapa explained that she planned to raise a baby with a pet; She said, “Before I got a dog, I knew I would get a baby after some time.”

Ekirapa said they consulted and were told they should get a dog before the baby.

“This is coz if we do the other way round, the dog might not be able to relate with the baby well. The dog does not feel threatened that they are competing for attention for the territory. The dog already knows that is its territory. So you are bringing the child and introducing them to your dog,” she said.

The NTV show presenter said they started introducing Ace to their baby while she was still in the womb. 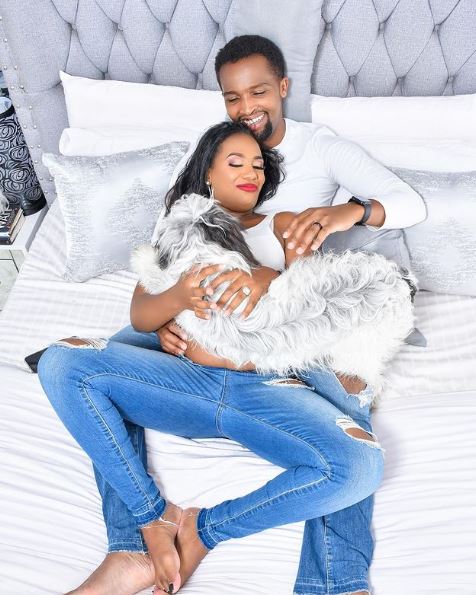 “It’s very intentional to do that to allow the dog to feel they are not being replaced. We bring Ace (dog) to feel the smell, we made him see baby AJ in the crib while in our room just to check the attention that he will give the baby.”

Ekirapa also noted that Ace has since become protective of their child.

“When a stranger goes to the crib, Ace will jump very fast and stop you. He is sort of protecting our baby. We have been doing it intentionally.

“I didn’t grow up with a dog, so I didn’t have information about dogs, so I had to learn. It is a relationship that we are creating as new parents,” she explained.

The ‘CrossOver 101’ presenter said before she got her dog she suffered from sinusitis and allergies, which disappeared after Ace came into the picture.

“I have lived with Ace for more than a year and the allergy just disappeared. I think it’s coz I got used to the fur.

“It is not that we are ignorant, but we asked all those questions. People should stop being too paranoid about this.”

Singer Dela Unveils Son’s Face For The First Time < Previous
Juliani Responds to Reports of Joining Azimio as Entertainment Director Next >
Recommended stories you may like: