‘Fix Your Homes!’ Singer Jovial Tells off Critics of her Dance Video with Rashid Abdalla 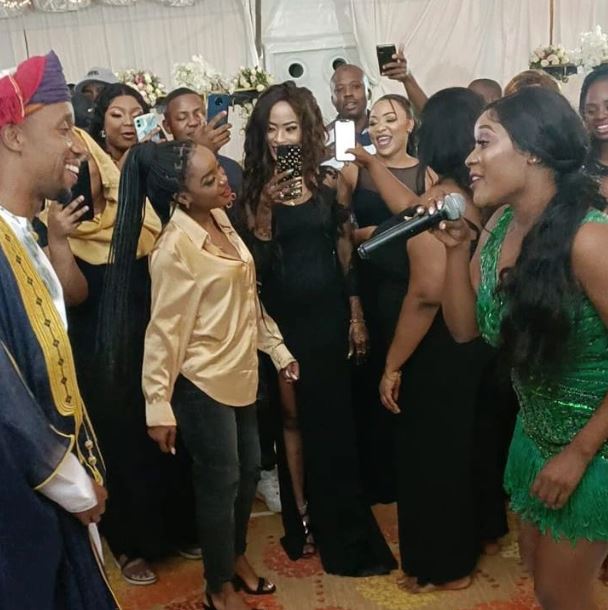 Singer Jovial has ripped into internet users who bashed her for dancing with Citizen TV news anchor Rashid Abdalla at his 40th birthday party.

In a video that has since gone viral, Jovial is seen dancing with the birthday boy before his wife Lulu Hassan steps in and jokingly takes Rashid away.

Netizens laid into Jovial, accusing her of flirting with a married man and calling her all sorts of names.

The songbird was forced to issue a statement telling off her abusers, whom she claimed were projecting their insecurities on her.

“The insults on the trending video of me at work …ok I’m just seeing women projecting their insecurities on an innocent act.

“Mumepata kisababu cha kufungua roho. You can tell they are dealing with a lot in their homes. The couple are my bosses those who know the series know better,” the singer wrote.

Jovial said she was doing her job as an entertainer, for which she was paid handsomely.

“Fix your homes and stop using me as an excuse. I’m an entertainer and I was doing my job. By the way, I was paid very good money. Cheers to more,” she posted. 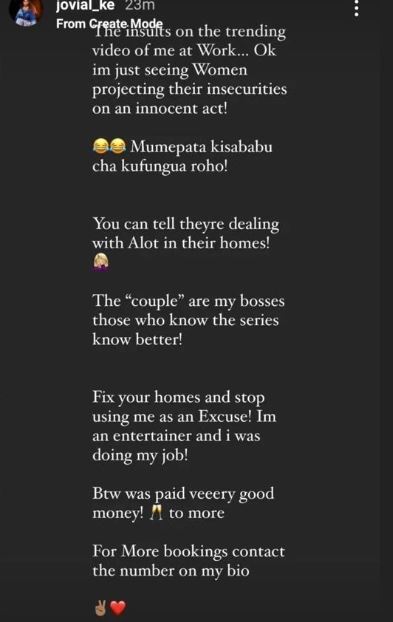 Harmonize Invites Investors to Fund his Own Cigarette Brand < Previous
Diamond To Buy Private Jet This Year Next >
Recommended stories you may like: