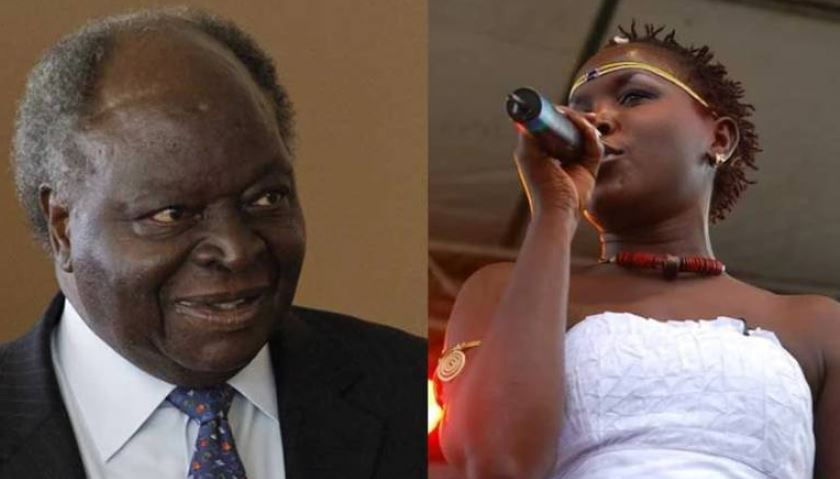 Nigeria-based Kenyan singer Emmy Kosgei shares some little-known facts about her career, including how the late president Mwai Kibaki opened doors for her.

What do you remember most about the late President Mwai Kibaki?

I was never that connected. I just got a call from the State House in 2010. It was like a dream. Watching everyone dancing and screaming to my music was encouraging. Lucy Kibaki was dancing to my music. We were then invited to the State House garden party, where Kibaki encouraged me to sell my CDs at the dais. From that day, my career rose to a new level. I started getting phone calls from embassies and other state functions, including Kenya @50 celebrations. It’s been a blessed journey.

How did you get your breakthrough in music?

I had just recorded my song ‘Kaswech’ before the elections. I was not doing it for the elections, but the media stations played it. They even requested me to translate it. That is how my name and music got into the main market. I did not get into music for the money. In fact, during the first few years, I had a day job. I worked for Engen Oil’s food chains as a cashier and for a Catholic NGO called Monastery Fathers. I later resigned to pursue my passion.

I never imagined I would be a musician despite having been brought up in church. As a pastor’s daughter, it was not unusual to sing in church. It was just a way of worshiping God.

Unknown to many, you were part of Maximum Melodies Singers. Tell me about that.

I joined the group when I was a student at Utalii College, where I was pursuing a course in hospitality. I always dreamt of being an  air hostess. However, my path changed when I met Esther Wahome and became her backup singer. She encouraged me to record, but I refused at first. I was very scared. She kept on encouraging and pushing me, even threatening to end our friendship at one point!

In my mind, I thought that recording music was the preserve of certain people. I could not see how Emmy Kosgei, a normal village girl from Mogotio, could record a song and make a professional career out of it.  There were very many celebrities. Esther encouraged me to sing in Kalenjin. She said that with my looks (I was a model then) and voice, I would be successful if I ventured into Kalenjin music. However, the media was not ready to play my music. I faced obstacles and discouragement from the media.

When I finished recording ‘Katau Banda,’ I called one radio personality and asked if they could play my music. He bluntly told me they could not play any vernacular music. He said that he thought Kalenjins were only good at athletics and wondered why I was singing. I asked him to listen to my music before making a judgment,  but he refused. From that day, I decided never to approach the media to play my songs.

Comment un logo est créé? < Previous
I Quit Accounting To Be a Deejay, It Pays Well: Meet DJ Immo Next >
Recommended stories you may like: