Andrew Kibe is an Old Man Trying to Build Himself Using Kids, Njugush Hits Back 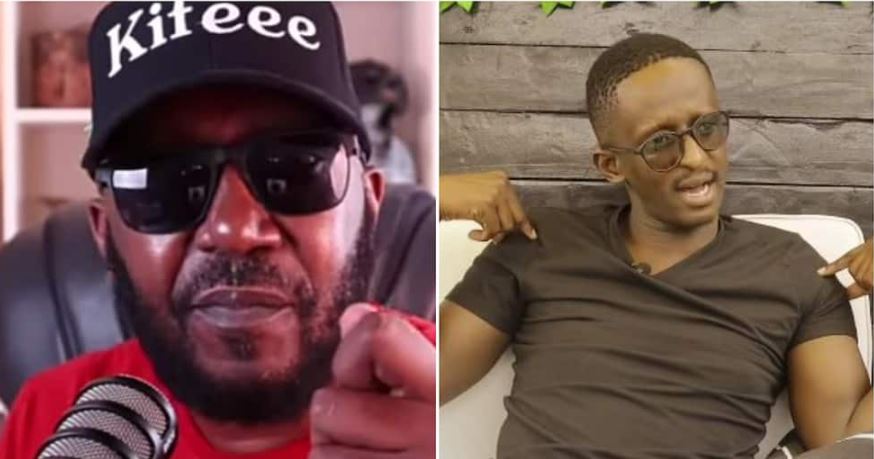 Comedian Timothy Kimani alias Njugush has hit out at fellow internet personality Andrew Kibe for bashing him on social media.

Njugush was recently the unlikely victim of Kibe’s popular online rants where he shames celebrities. Kibe labeled the funnyman a simp over a video of him and wife Celestine Ndida at Nyashinki’s concert.

In response, Njugush did not mince his words as he bashed Kibe, accusing him of trying to bring other people down.

According to Njugsh, Andrew Kibe is a lost cause trying to be successful on the back of younger content creators.

Speaking with SPM Buzz, Njugush said Kibe has failed at everything he has tried and he should be the last person to tell others how they should conduct themselves.

“When I look at him I see someone who is lost. Nothing works for him…he says he wants to put people on a straight path…(but) is he straight himself?” Njugush wondered.

Njugush averred that he has achieved a lot more than Kibe will ever achieve in his life.

“The reason I’m saying this is because we always talk down people who are doing something very nice. For example, Online media, I feel bad when I see him attacking the likes of Mungai Eve. These kids are creating their own media houses. He was kicked out of Kiss 100 radio, and started his online radio which collapsed. So if someone has a platform on YouTube and it’s working for them why hate on them. And now he is an old man trying to build himself using kids,” Njugush remarked.

Listen to Njugush’s full sentiments in the video below.

Millicent Omanga Responds to Crazy Kennar Mimicking her Booty Shake < Previous
TikToker David Moya: A Nigerian Paid Me Sh250,000 To Surprise his Wife Next >
Recommended stories you may like: