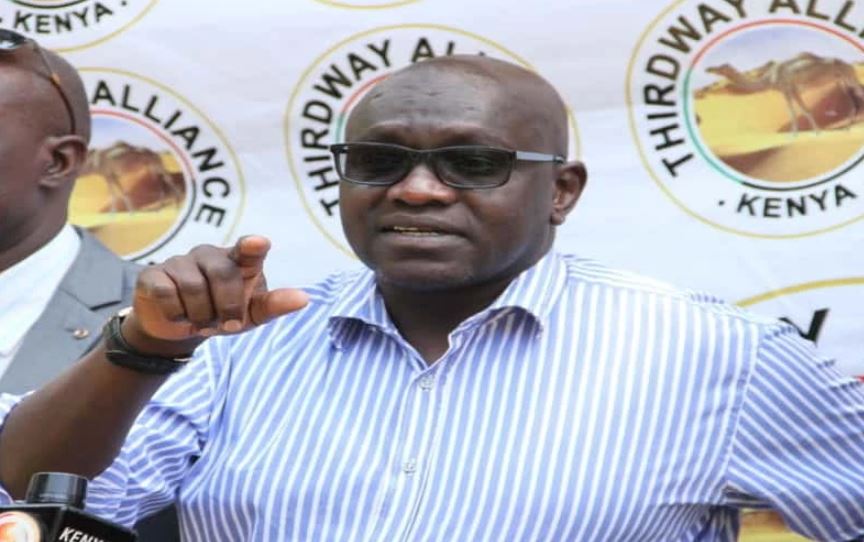 Thirdway Alliance Party leader Ekuru Aukot has moved to court seeking to have Raila Odinga blocked from vying in the General Election in August.

The one-time presidential aspirant also wants the court to compel the electoral body IEBC to bar Kazonzo Musyoka and Musalia Mudavadi from contesting as running mates.

In a petition filed in court, Aukot and his chair Miruru Waweru argue that the three leaders are lifetime public servants and cannot resign to run for elective posts as other public officers.

According to Aukot, in 2015, parliament enacted Act No 8 of 2015 -Retirement Benefits (Deputy President and Designated State Officers) Act which created specific public offices obligating the entitled persons to serve as public officers as stipulated under section 8 of the Act.

“The Act recognizes the entitled persons and grants them both a generous retirement package and an obligation to serve as advisors to the government and the people of Kenya,” court papers read in part.

They argue that the advisory role given to Raila, Kalonzo, and Musalia under section 8 is not optional and the relevant persons are obligated to serve as advisors throughout their lifetime. Aukot and Waweru noted that this privilege is not available even to career civil servants.

“It is the considered view of the Petitioners that the said Respondents are by dint of the said Act of parliament public officers as their benefits are drawn from the consolidated fund as allocated by Parliament and their role is defined under the selfsame piece of legislation,” they submitted.

Aukot asked the court to consider their application because IEBC may clear the three to vie for the Presidency or the position of Deputy President which will be unlawful.

He has also faulted Kalonzo, Raila and Musalia for campaigning when they are still public officers saying their conduct makes a mockery of the legislative framework regulating the involvement of public servants in active politics and the proper functioning of our democracy.

How To Check Your Form One Placement For 2021 KCPE < Previous
Nairobi Gubernatorial Aspirant Agnes Kagure Awarded Doctorate Degree Next >
Recommended stories you may like: