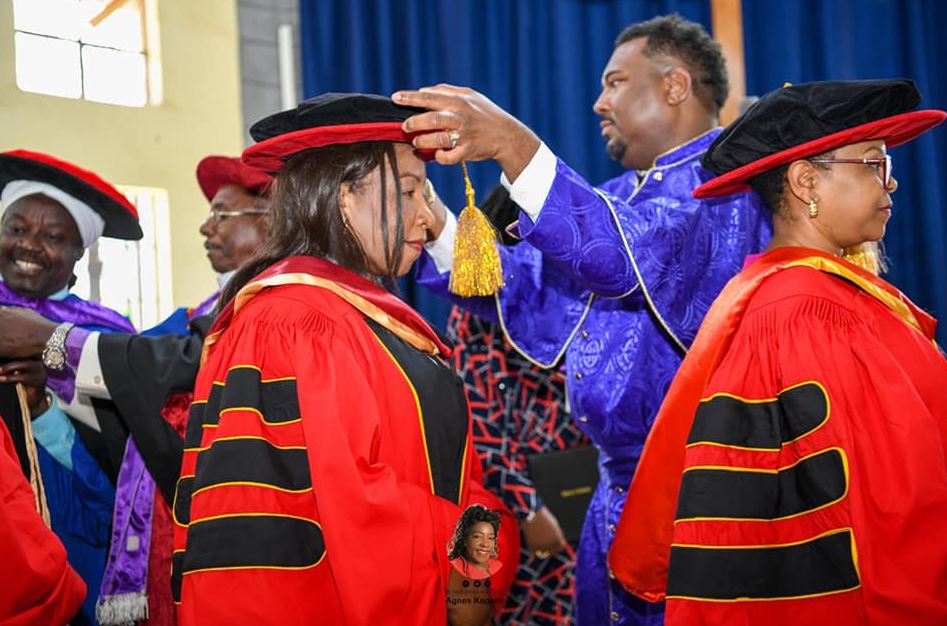 As Jubilee nominations beckon and the capital city gets to know who will potentially carry the Azimio flag on August 9, one candidate received a major boost over the weekend.

Businesswoman Agnes Kagure was on Saturday awarded her doctorate degree from an American Christian institution.

Kagure posted pictures of the award ceremony that happened in Nairobi. 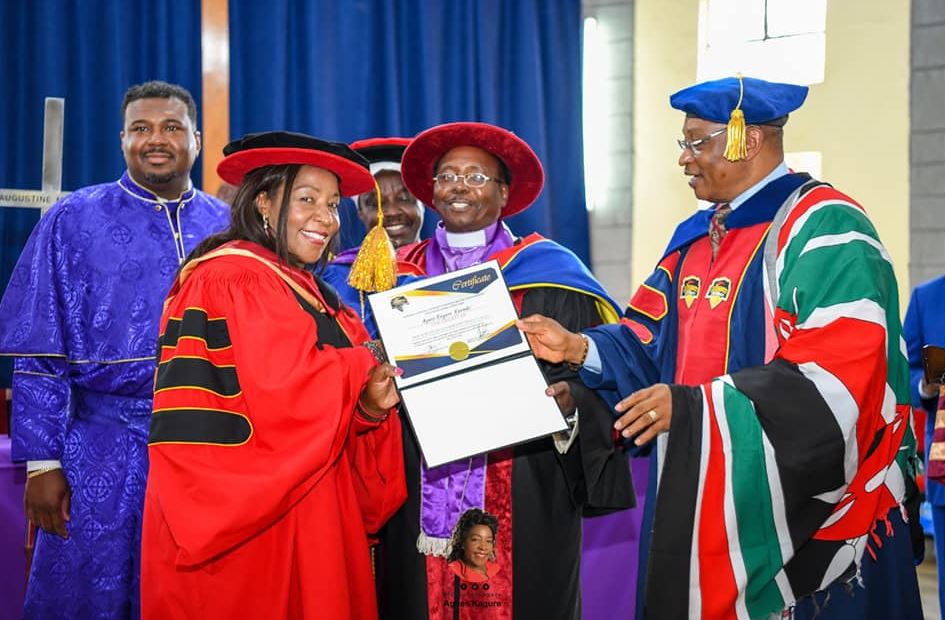 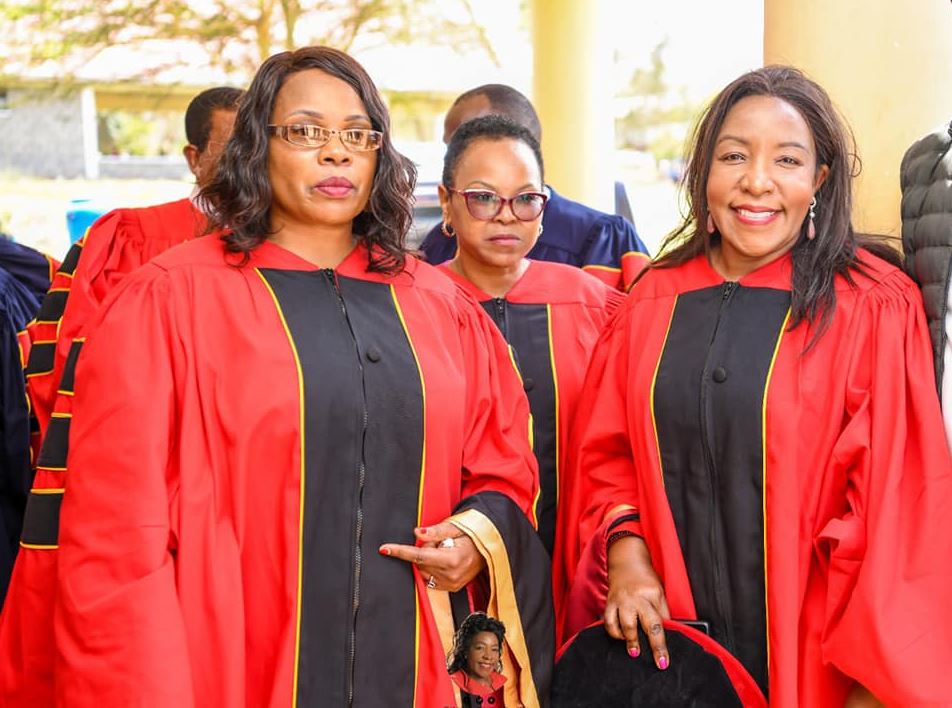 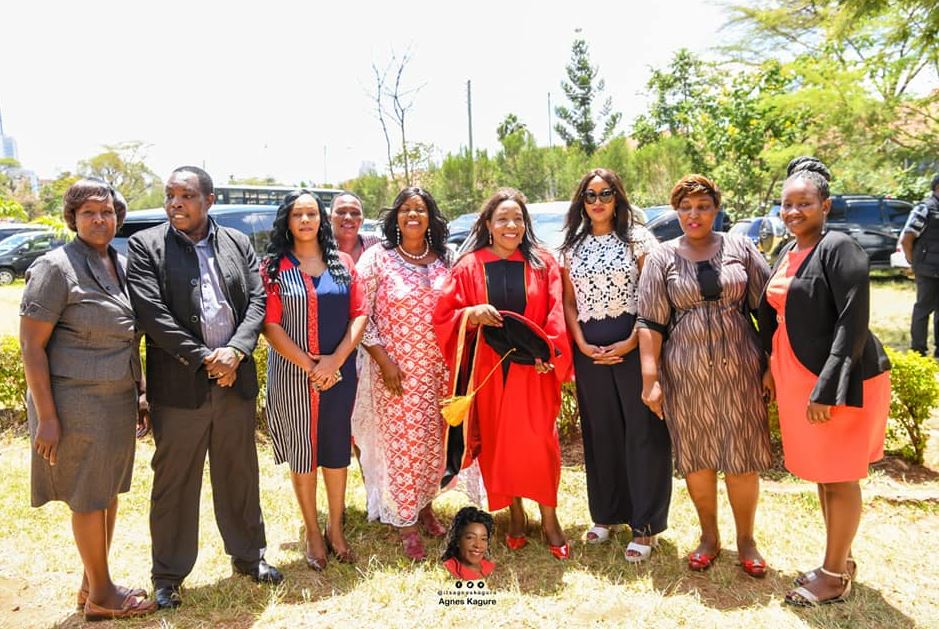 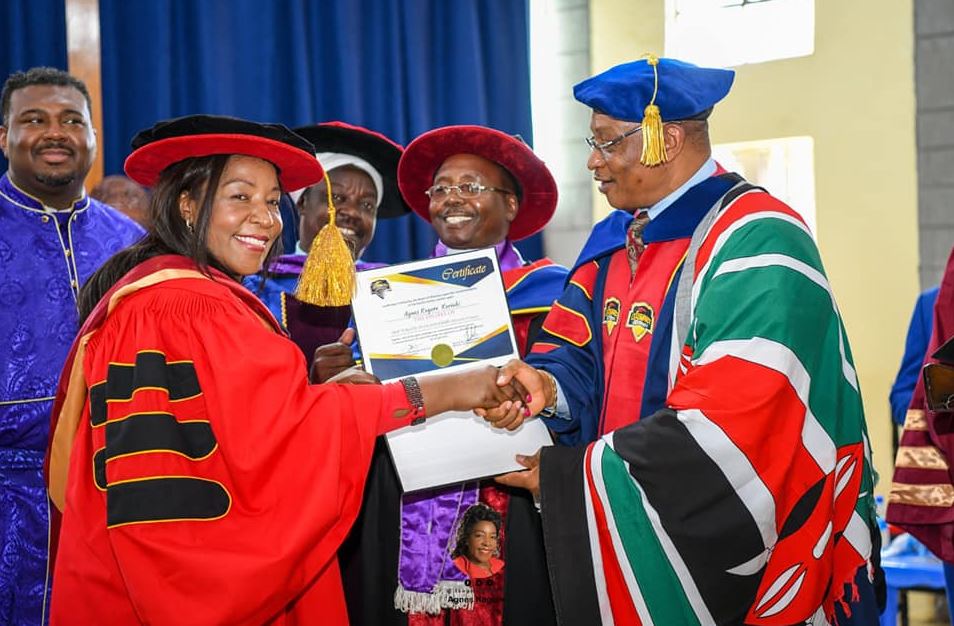 She posed with the ceremonial gown, as she was awarded the Doctorate in Leadership (Honoris Causa), from Lead Impact University.

“I’m delighted to have received my doctorate degree from the Lead Impact University, United States, earlier today. When the time is right, the Lord makes it happen. It’s now official, Dr. Agnes Kagure,” she wrote on Facebook.

Kagure joins other notable Kenyans who have been awarded honorary degrees for their contribution in society. 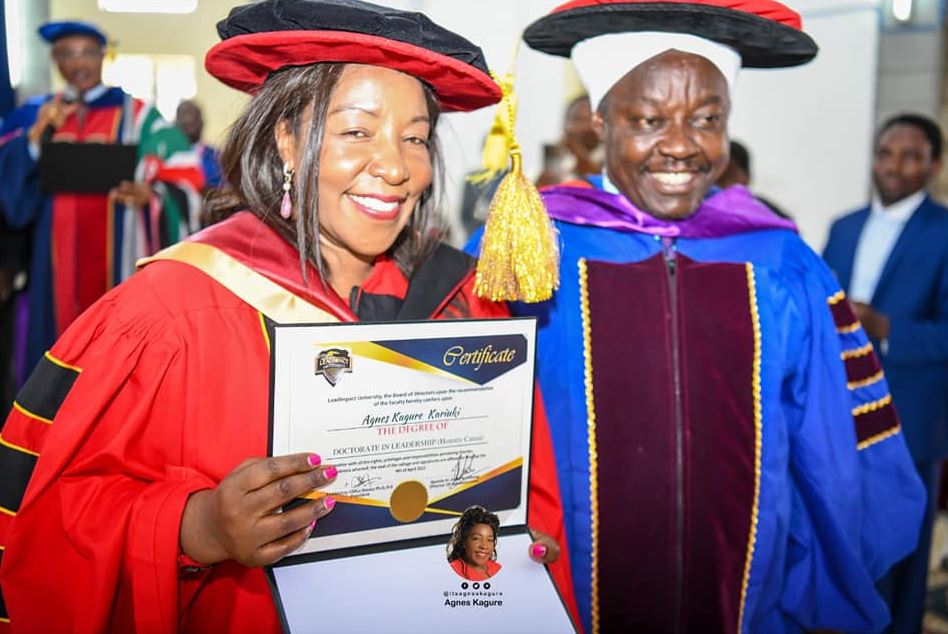 In the next few days, the businesswoman will find out whether her campaign efforts have bore fruits, as Jubilee members take to the ballot to nominate their flagbearer for the Nairobi governor position.

She is currently one of the top aspirants, with her biggest competition seemingly coming from businessman Richard Ngatia. Whoever of the two carries the day, they will have to face it out with a united Kenya Kwanza side under Johnson Sakaja, and potentially an ODM candidate too.

Alternatively, Azimio may come together to field a single candidate and increase their chances of beating Sakaja in August.

Why Aukot Wants Raila, Kalonzo Barred From Contesting in August Polls < Previous
Kilimani Man Sues For Damages Over Neighbor’s CCTV Next >
Recommended stories you may like: