Uhuru: Clap for Me for All I Have Done for You (VIDEO) 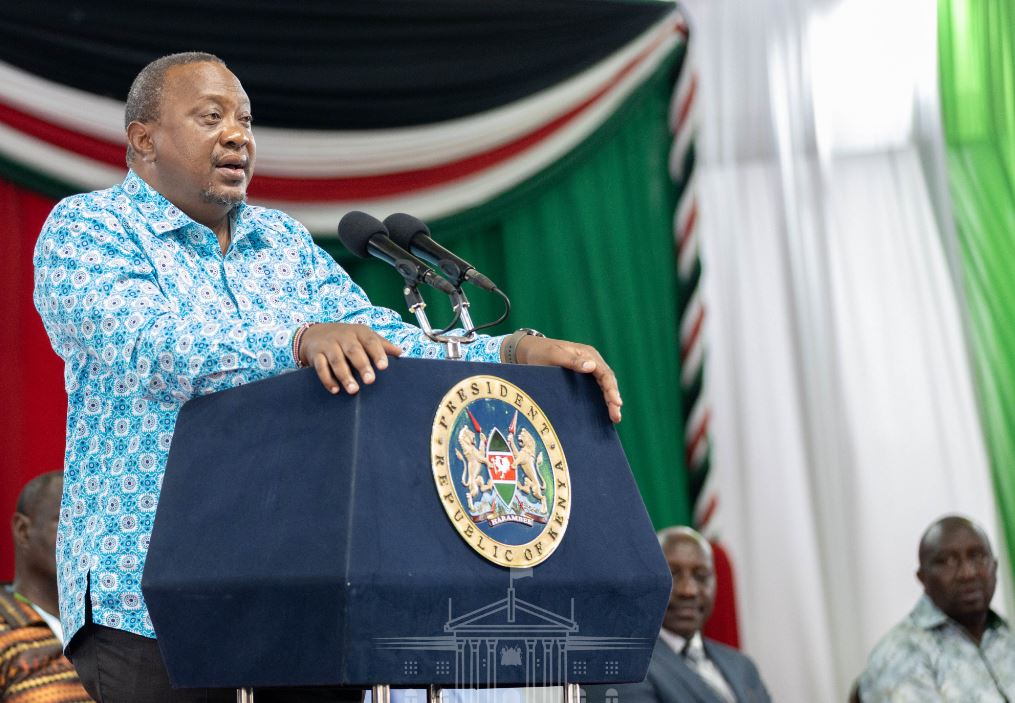 At a time of national economic catastrophe, record high fuel prices, rising cost of living and rising cost of everything, President Uhuru Kenyatta found a moment on Wednesday to crack a joke about his stellar record.

At the opening of the 45th Kenya Secondary School Heads Association (KESSHA) annual national conference at the Sheikh Zayed Hall in Mombasa County, Uhuru made what was interpreted to be an attack on his Deputy William Ruto.

He was talking of leaders who are only good at identifying and pointing out problems, rather than come up with practical solutions.

“The biggest problem that we have in this country is that leaders are good at identifying problems, but not able to offer solutions. So if they see an issue in the media, you see them calling for a press conference to lament about prices of maize, fuel prices,” the president said.

“You are looking for leadership, why don’t you first try and solve that problem with what you have. You go out there screaming at the top of your voice. Why do you want to be a leader then?”

With very few defending his record and legacy these days, Uhuru took it upon himself to remind the audience that he has in fact achieved a lot.

“I have helped you a lot.. I’ve hired teachers, raised your salaries, provided you with insurance… direct your noise to the incoming government, but for me I deserve your praise and claps,” he said in Swahili.

“We have set the foundation, others will build.”

Clap for me, I have delivered – President Uhuru Kenyatta speaks as he defends his legacypic.twitter.com/HGOLxhyo5z

Kabogo: I’ve Not Quit Kiambu Governor Race for CS Post < Previous
Will Ruto Decide on Running Mate This Weekend? Next >
Recommended stories you may like: