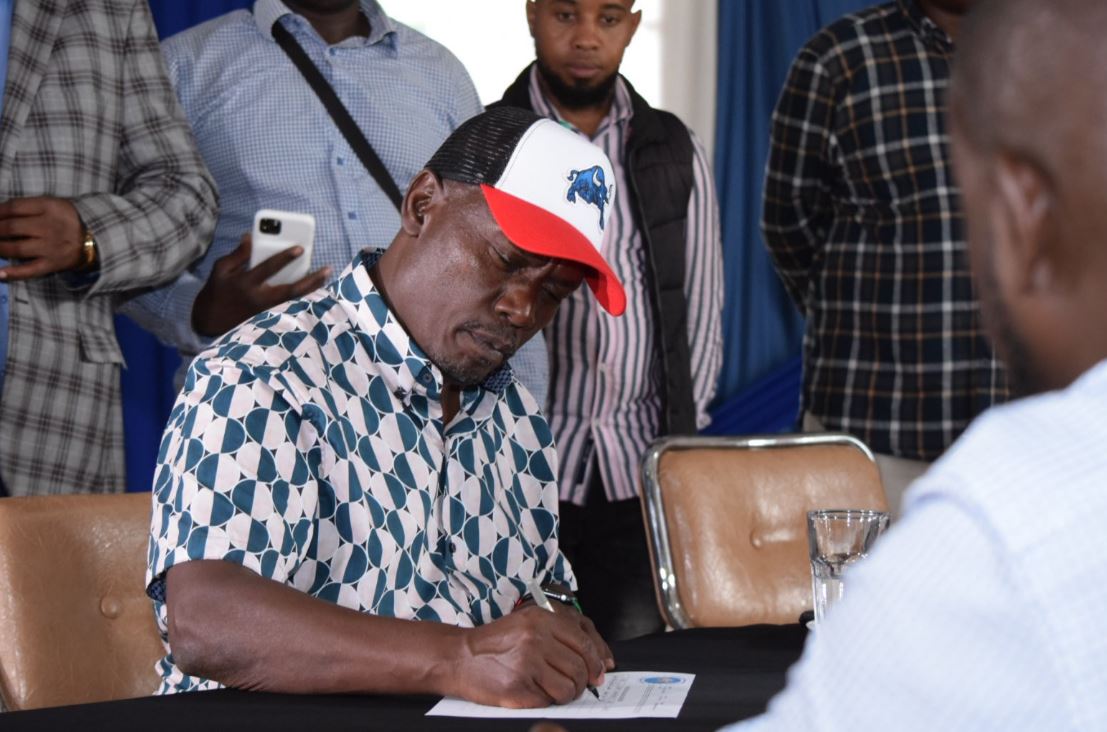 Kiambu gubernatorial hopeful William Kabogo has spoken out on rumours that he has quit the race for a future cabinet post.

Kabogo termed as propaganda reports that he had been offered a Cabinet Secretary Post by DP William Ruto, in exchange of him dropping out of the race.

The former governor insisted that he is the race to the end. He spoke yesterday after he was cleared by the Tujibebe Wakenya Party election board to vie for the position.

“I am very upset when I hear such things. I am not employable. I cannot be hired for an eight to five job, I can only be hired by ‘Wanjiku’ through the ballot,” he said.

Kabogo will face off with other Kenya Kwanza candidates, among them Moses Kuria (Chama Cha Kazi) and Kimani Wamatangi (UDA).

Wainaina wa Jungle who lost the UDA ticket is expected to vie as an independent candidate. Incumbent governor James Nyoro is also seeking to retain his seat on a Jubilee ticket, as is Kiambu Women Representative Ann Nyokabi Gathecha.

Kabogo’s ultimate ambition is to vie for president, which he says will happen once he serves his final term as governor.

“I am optimistic that I will win the governorship in Kiambu so that we can finish the great work that we started and then I can go for Presidency from there,” he revealed.

Sagana Airstrip, 3 others To Be Upgraded < Previous
Uhuru: Clap for Me for All I Have Done for You (VIDEO) Next >
Recommended stories you may like: