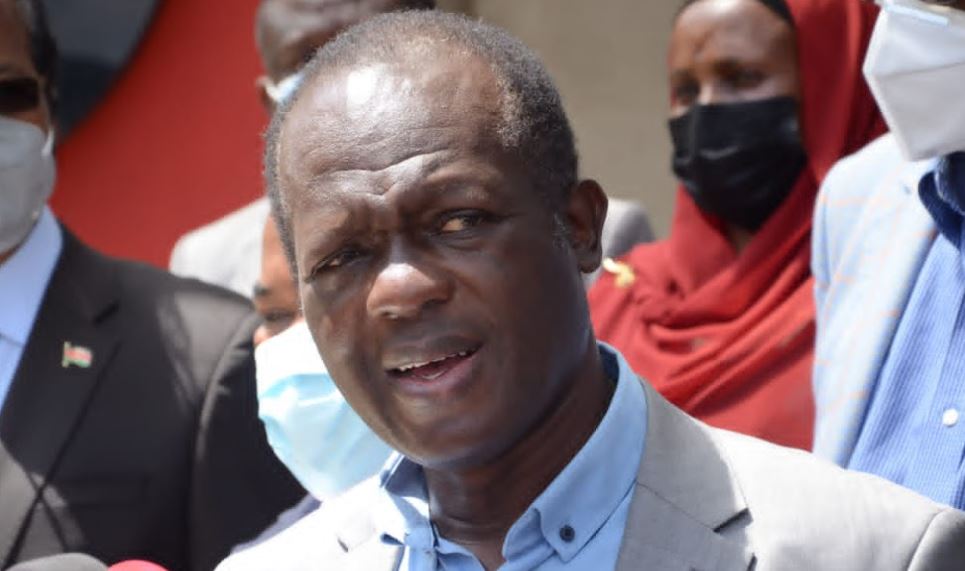 “The appointment, which Hon. Tuju has accepted, takes immediate effect,” the statement read in part.

Tuju was considered on account of being an accomplished communication specialist with experience in the management of public affairs.

“A communication specialist by training, Hon Tuju has decades of experience in politics and government, having served as member of Parliament, Cabinet Minister and Jubilee Party Secretary General,” said Dennis Onyango.

As Executive Director, Tuju will coordinate all member parties of Azimio and will lead the strategic and programme teams that will work to ensure Azimio’s victory in the August elections

The former Rarieda MP resigned from President Uhuru Kenyatta’s Cabinet as well as the ruling Jubilee Party, where he served as Secretary-General, on February 26.

“In January, I went to President Uhuru Kenyatta to ask for permission to exit his Cabinet because of my other ambitions. We didn’t make the announcement then but I stopped being a member of his Cabinet so as to comply with other regulations,” Tuju said.

“We have agreed with the president that he will give me other responsibilities going forward,” he added.

Jaguar Addresses Claims of Dropping Starehe Bid For Simon Mbugua < Previous
There’s No Better Leader Than President Kenyatta, Kalonzo Says Next >
Recommended stories you may like: