Pastor Tumaini: I Heard a Voice When I Was About to Hang Myself 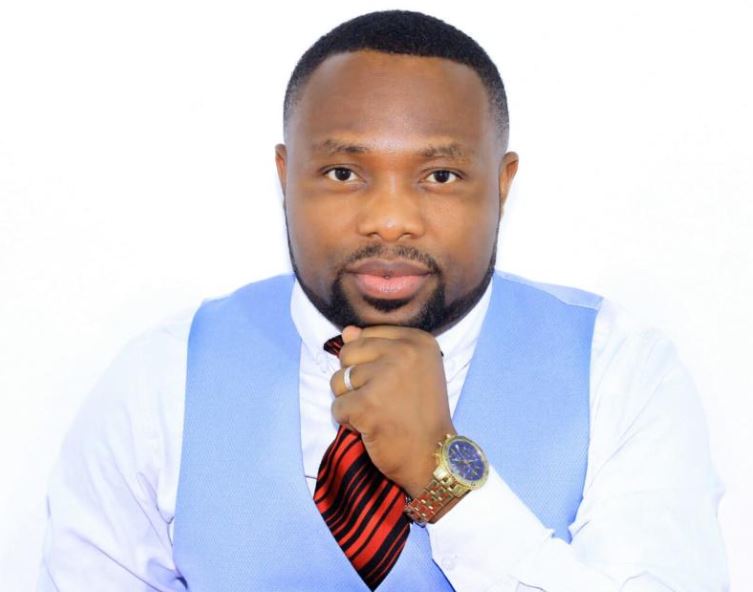 Pastor Tumaini Akilimali is a Kenyan gospel artist best known for ‘Ni Wewe’ hit song, and “Nisizame”. He is also the owner and founder of Tumaini Christian Schools.

The ‘Umenibeba’ singer spoke about his career as a gospel singer and recalled how he attempted suicide twice.

When and where did your musical journey start?

I started singing in 1995 when I was just a small boy in Machakos County. I joined a youth choir that molded me into who I am today.

Did you know that you would one day become a celebrated singer?

I never knew one day I would be known and also be celebrated by many people through my ministry.

Was music all you wanted to do as a child?

No, growing up, I had flashes of dreams of being a singer because I have always loved singing and everyone around me felt I could sing well. But, to be honest, I didn’t think I would end up a singer. I strongly believe God designed my life for me. I was talented in many other activities, including dancing, but later singing surpassed all that and it became my best.

Why did you settle for gospel music?

God has a hand in what I do today. Doing gospel music is God’s choice for me. It’s important we realize that God created us for a purpose and it is important for everyone to find that purpose and fulfill it. I perfected my singing skills until it became my best. I would say I yielded to God’s purpose for my life and serving in the church has given me a solid foundation.

When and how did you become a born-again Christian?

I got born again when I was very young through my dad’s encouragement to be active in church.

Is it true that not every gospel artist is a true follower of God?

I may not judge but for one to be a true gospel minister of God one should be born-again. Lately, many youthful gospel artists have ditched gospel singing and joined secular entertainment.

What do you think is prompting such decisions and what advice would you give?

I think many youths don’t have patience in the gospel industry because they think it’s easy to penetrate music financially. Being a gospel minister is a sacrifice and a service to God. I am not saying it is easier to penetrate the secular entertainment industry; I can only say that patience pays and with God all things are possible.

You said there was a time you backslid and became bad news. What actually happened?

I backslid simply because I joined a bad company. I had friends who were not straight – they were village petty thugs and that made me slide from God’s presence. I walked with them and emulated their bad behaviors. We started terrorizing the whole village, stealing neighbours’ chicken, and disappearing with basically anything we could lay our hands on.

How did your rebirth come about?

I almost lost my life at my neighbour’s hand after stealing an egg. The neighbour was intent on killing me when he caught me stealing his egg. He aimed a knife at my neck but luckily it landed on my shoulder. I stopped stealing that day and turned to God. I repented and went back to God. Apart from delivering me from crime, God also healed me of epilepsy.

Which of your songs is so dear to you?

Umenibeba is so dear to me because it’s like a gift song from God. I composed the song when I was facing many challenges both in ministry and in life. In the midst of trials, God gave me a word, saying: “My son, you will not sink but I will carry you with my hand.”

You came to the limelight after ‘Nisizame’ became a hit in 2011. Could you kindly share the story behind the song?

Nisizame is a testimonial song that reminds me how God saved me from suicide. It’s also a song that gave me a breakthrough in my musical career. When I sang this song, I was going through a lot; I postponed committing suicide twice. I had lost hope in life and became suicidal. My life was so dark; the person who brought me from the village to Nairobi and promised to connect me with sponsors changed his mind after facing financial constraints and requested me to step out of his home and hustle on my own. I had nowhere to go or start. I just took my luggage and walked away. Confused and angry, I walked metres away and saw an avocado tree under which I took refuge. Come night, I was ready to rest forever but again I didn’t have a rope so I decided to use the jacket that I had but before I could do it, I tried to strangle myself using my hands. I realised it wasn’t that easy, so I postponed it to the next day. The next day, I went to the market, hustled and earned Sh200, which I used by a rope and used the rest to buy lunch. Come night, I tied the rope but when I was about to hang myself, I heard I voice from nowhere saying, “Hutazama, hutazama hapa, huzami.” I ignored it at first, but when the voice became consistent and persistent, I dropped my plans, slept in the cold till morning and at daybreak, I trekked to the stage and begged for the lift up to town. On reaching town, I begged for a phone and called a friend of mine to ask for help. I learnt he also had nowhere to stay; he was being hosted by his friend. But he promised to talk to his friend to accommodate me and that’s how I got a place to start rebuilding my life in Kawangware. It was a small room but we all squeezed ourselves and remember, the guy had a family, too.

So, how did your breakthrough come about?

Weeks after staying there, I got a sponsor that took me to a studio in Muthaiga and that is how I managed to record my first album in 2011. Nisizame song stood out and became a hit.

What has been the secret of your rise?

Being in good alignment with my creator and walking under His instructions.

How has the music industry evolved over time?

What do you hope your music will bring to the gospel industry that could possibly draw more young people on their journey to finding God?

President Mwai Kibaki Has Died at 90 < Previous
Hustle: I Run JD Trendy Menswear Store While Holding Office Job and Pursuing PhD Next >
Recommended stories you may like: