Nicki Minaj Gives a Shout Out to KayCyy Pluto 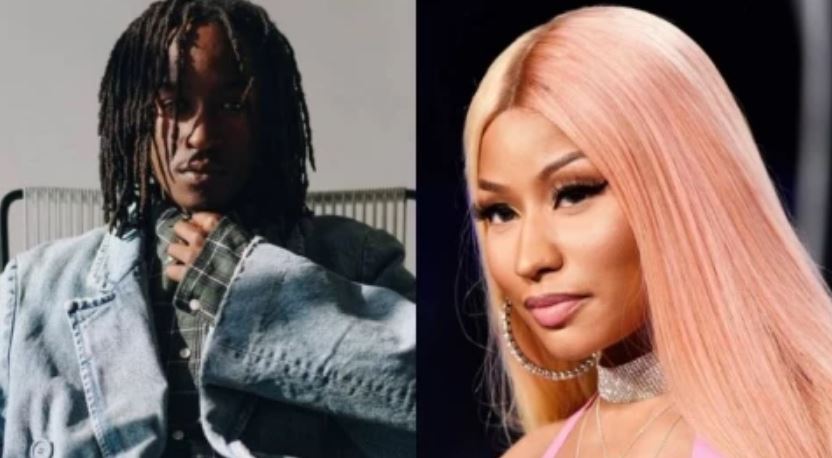 The superstar femcee was full of praise for KayCyy’s contribution to Fivio Foreign’s debut album B.I.B.L.E. KayCyy is featured in two songs, ‘On God’ and ‘Hello’.

Taking to her Instagram Stories, Nicki Minaj picked out the two songs alongside ‘For Nothin’, and ‘Changed on Me’ as her favorite tracks on the album.

“This Fivio Foreign album rlly hitting the matha**n spot. Soooo SOLID. Sonically authenitc & well thought out. Cohesive body of work with a signature sound that is very true to where he’s from,” she wrote.

Nicki Minaj added: “Kayccy is [fire] on both of his songs.”

The special mention from Nicky Minaj comes barely a week after KayCyy was honored by The Grammys for his penmanship on “Hurricane” by Ye(Kanye West) feat. Lil Baby, The Weeknd – for the Best Melodic Rap Performance.

KayCyy has also been nominated for the 2022 XXL Freshman 10th Spot for a chance to appear on the cover of the New York hip hop magazine.

Born in Kenya, KayCyy and his family moved to Minnesota when he was 9. He started music after influences from the church when he was 10 and moved to New York to pursue his passion full-time at 18.

In 2018, he became the first Kenyan to appear on the US Billboard Top 5 Charts after being sampled on Kanye West’s album, ‘Yikes’.

Bensoul’s Baby Mama: Sometimes I Regret But I’m Cool With It < Previous
MP Mwirigi Pledges Allegiance to Ruto, Threatens to Return Uhuru’s Car Gift Next >
Recommended stories you may like: