Caroline Lihavi is an upcoming  YouTuber popularly known as ‘Manzi was TRM’.

She recently grabbled blog headlines when she alleged that Eric Omondi procured sexual services from her and declined to pay the agreed-upon fee of Sh25,000.

Lihavi has also been rumored to be dating singer Weezdom.

Manzi wa TRM shares some fun facts about herself.

Manzi wa TRM is an alias I got from bloggers. I live along Thika road and whenever they would request an interview with me, I would ask them to come to where I live.

I am a realtor. I am in the real estate business backed by my profession as an architect.

Weezdom and I are very good friends. We actually did a song together Wazae that is out. People should check it out on YouTube.

I will not comment on whether we are dating or not. People have got so much bile on social media but I prefer my sanity. 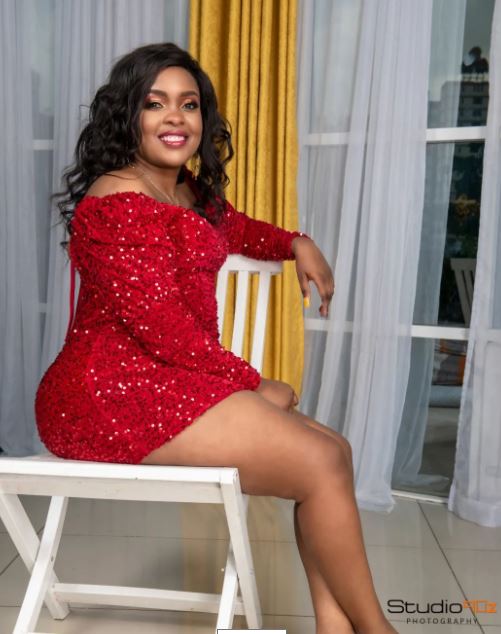 My understanding of love is that it is a commitment. It needs both of you to be there for one another and support each other in good and bad times.

I am not attracted to celebrities, but they are towards me. I have never made the first move.

They say a woman’s worst enemy is the woman herself. I agree with this sentiment. Women are the most jealous people in the world.

When I blasted Milly Stacey, Weezdom’s ex-girlfriend, for cheating on him, I was only coming through for a friend, defending him.

What I said was all true, I didn’t insult or create stories. I know the whole story between them.

Wazae isn’t my first song like many think. I used to do music before and I am just back with the support of friends. I recorded my first track back in 2013 at Lampstand Records, it was actually a gospel song.

I do not have a problem certain quarters view me as a socialite. It’s only in Kenya where socialites are being misinterpreted. But my understanding of a socialite is basically a socially prominent person.

One fact I live by is that the truth will always set you free.

UEFA Champions League Quarter-Final and Semi-Final Draw: All You Need To Know < Previous
My Story: In-laws Made Me Drink Tea from my Husband’s Corpse Next >
Recommended stories you may like: