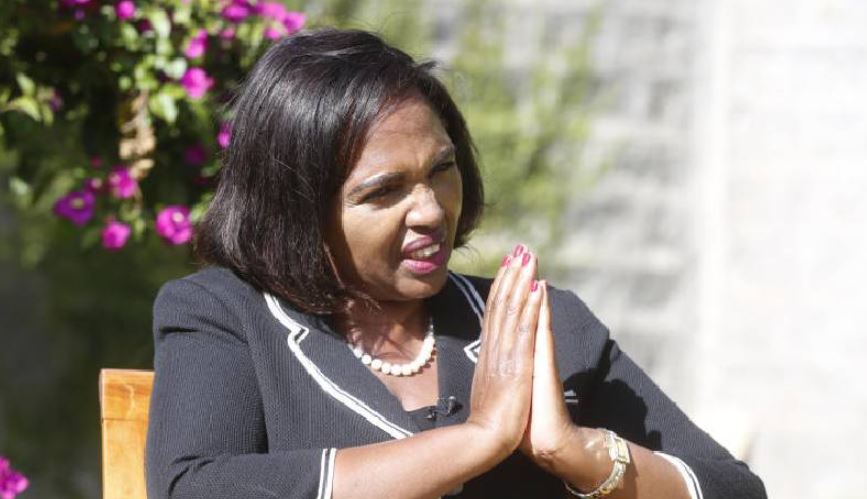 Keroche Breweries CEO Tabitha Karanja says she is relieved after striking a deal with Kenya Revenue Authority (KRA) to pay tax arrears, ending a row that resulted in the company’s shutdown two weeks ago.

The taxman on Wednesday, March 16 allowed Keroche to resume operations after the brewer agreed to pay Sh957 million in a two-year period starting January 2022.

KRA also lifted notices it had issued to 36 banks, barring the lenders from conducting business with Keroche.

Reacting to the deal, Keroche CEO Tabitha Karanja pledged to comply with the agreement. She thanked the taxman for embracing dialogue and the Kenyan public for rallying behind the company.

“I wish to say thank you to KRA for embracing dialogue and allowing the authority and Keroche to arrive at an amicable solution to the dispute. I also say thank you to members of the public for speaking up for Keroche as the tax impasse persisted,” she said.

“As Keroche, I’d say a whole quarter of a year – December, January and February – went to waste, consequently affecting our bottom-line. However, with the dispute now resolved, I’m hopeful we’ll bounce back to business and keep our side of the bargain,” said Tabitha Karanja.

Asked whether Keroche was able to salvage the two million litres of beer valued at Sh512 million, Tabitha said:

“Yes, though at a high maintenance cost. We needed a lot of [electric] power to maintain it in the tanks.”

She added: “I’m glad that my employees’ jobs are now no longer hanging in the balance.”

Mrs Karanja said the 250 direct employees of the company reported to work on Wednesday morning, March 16.

Meanwhile, Keroche heiress Anerlisa Muigai also expressed her gratitude after overcoming what she described as a s torm.

“Those past two weeks were a storm but we are stronger now. Thank you God and for everyone who genuinely prayed for us🙏” Anerlisa remarked.

The Trending Memes and Tweets in Nairobi This Thursday < Previous
DP Ruto to Boda Riders, ‘Go Pick Your Motorbikes From Police Stations’ Next >
Recommended stories you may like: