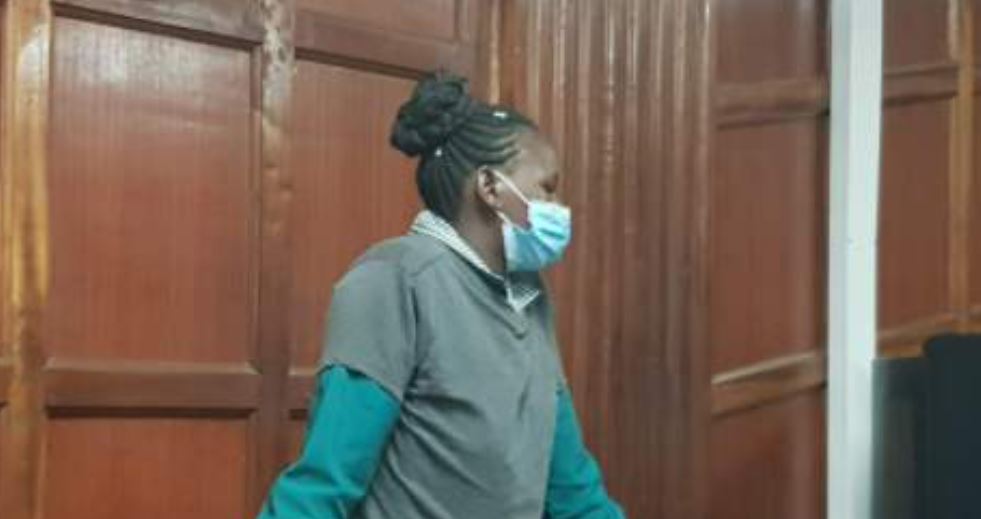 A hawker based in Nairobi was presented in court for allegedly assaulting a County enforcement officer, infamously known as Kanjo askari, during an arrest.

Jane Wangare Mwangi, 26, was accused of biting Vincent Makori Okero on February 23, 2022, in the Nairobi CBD.

The court heard at around 1450hrs, the Kanjo Askari attached to the Nairobi Metropolitan Services, was on duty along Haile Selassie Avenue when the incident happened.

Together with a colleague, Mr Makori ran into Ms Wangare hawking on the streets.

“The complainant tried to pick the items the accused person had displayed on the road but was attacked in the process by the accused who bit him on the left hand,” a police report stated.

The Kanjo tried to pull out his hand but sustained a serious injury in the process. He was treated at Mbagathi hospital and has since been discharged.

At the Milimani Law Courts, Jane Wangare was charged with one count of assault.

“You are charged that on February 23, 2022, along Haile Selassie Avenue in Nairobi willfully and intentionally assaulted Vincent Makori Okero thereby occasioning him actual bodily harm,” the charge sheet read in part.

Betty Kyallo Talks Co-parenting with Dennis Okari, Moving on From Nick Ndeda < Previous
This is What’s Trending in Nairobi Today Next >
Recommended stories you may like: