Kalonzo: I Can’t Work With Ruto, Raila Only Option 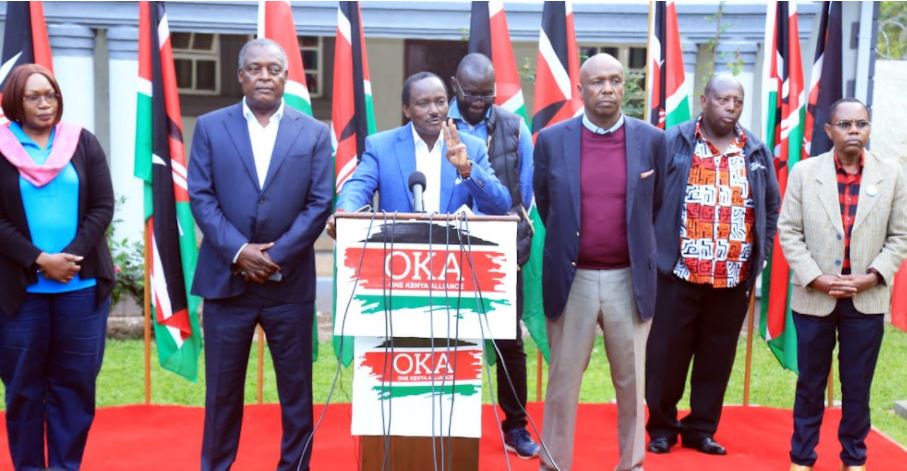 Wiper Party leader Kalonzo Musyoka now says he has no option but to work with ODM party leader Raila Odinga in the race to succeed President Uhuru Kenyatta.

Kalonzo at the same time ruled out the possibility of working with DP William Ruto.

Speaking in an interview with NTV on Tuesday evening, the Wiper boss said his party and One Kenya Alliance (OKA) have resolved to work with Azimio la Umoja.

“After deep consultations, my own party and also One Kenya Alliance (OKA) has agreed to a three-pillar structure. We are ready to work within a grand coalition of Azimio and OKA. Indeed, the party leader of Jubilee himself has come out to pronounce on that particular formation. Therefore, that is a bigger consideration within that framework. So, we have no option but to work with Mr Odinga,” he said.

According to Kalonzo, if the negotiations with Azimio are based on his 2017 secret deal with the former Prime Minister, then Odinga will not be on the ballot.

“If it is not honoured, the talks would collapse,” Kalonzo said.

“This document must form the basis of further negotiations. If it does, then Mr Odinga does not have any option but to follow it. If he refuses, then he would be compounding a trust deficit, which brought about the collapse of National Super Alliance (Nasa),” he added.

When asked if he would consider partnering with Ruto, Kalonzo said: “For the avoidance of doubt, nobody should expect me on account of the statement I made today (Tuesday), no Kenyan should ever imagine that Kalonzo Musyoka can work with William Ruto.”

“This is a matter which is very clear…there is no indication whatsoever, and that is out and I made up my mind.”

This is What’s Trending in Nairobi This Thursday < Previous
Nairobi Governor Anne Kananu is Always in Nightclubs Drinking, Claims City MCA Next >
Recommended stories you may like: