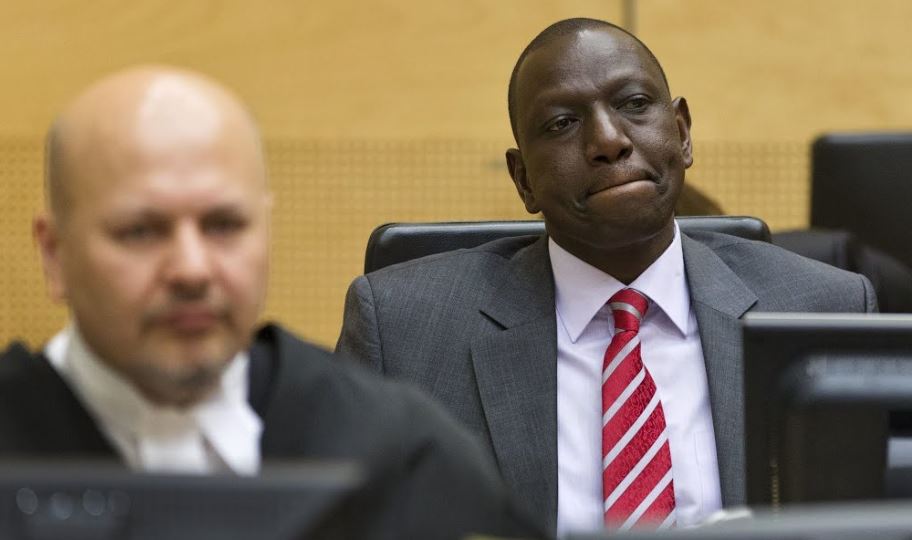 A witness in the case against Kenyan lawyer Paul Gicheru at the International Criminal Court (ICC) admitted that he told lies about Deputy President William Ruto.

The witness, identified as P-0739, was being cross-examined by the defence about his evidence regarding the alleged bribery of witnesses in the case against William Ruto and journalist Joshua Sang.

Gicheru is accused of corruptly influencing eight witnesses who had been lined up by the Office of the Prosecutor (OTP) to testify in the Ruto-Sang Post Election Violence(PEV) case.

During cross-examination by Defence Counsel Suzana Tomanović, the last prosecution witness said he lied to the ICC investigators in 2010 and 2014 that DP Ruto had recruited young men and armed them with guns.

The witness had told investigators that the weapons were transported to Ruto’s house in a pick-up truck owned by a person named in court documents as Person-56. He had even drawn a sketch of the weapons that he alleged were packed in cartons in Ruto’s house.

P-0739 said he came up with the idea of linking Ruto with transportation and arming of youths because Person-56 owned a pick-up vehicle and was an associate of the Deputy President.

“You used facts and imaginations to come up with a perfect lie,” the defence lawyer noted.

The witness said he also lied that Ruto held a meeting in a house with youth leaders from every area. He had told investigators that inside the house he saw cartons and the DP “came with a gun and demonstrated how to shoot people”.

“‘Every leader from every place was given a box of guns’. Do you remember saying this?” posed the Defence counsel.

The Witness said: “Yes, I said that in our first meeting with investigators, it was not true.”

Regarding bribery of witnesses, the man testified that Ruto was using his personal assistant to deal with people who were compromising the witnesses by giving them money.

He told the court that the said assistant is a former worker at the Moi University. The court heard that a group described as “Common Plan” was tasked with buying the witnesses, and were competing on who compromises more witnesses than the other.

“They would first listen to the evidence of the witness and make a determination whether to pay him/her to recant his/her evidence or ignore it. They were the final decision-makers and after that, the witness would be paid or dismissed,” he testified.

All The Trending Memes and Tweets This Friday < Previous
President Uhuru – Govt To Train 200,000 Boda Boda Riders On First Aid Next >
Recommended stories you may like: