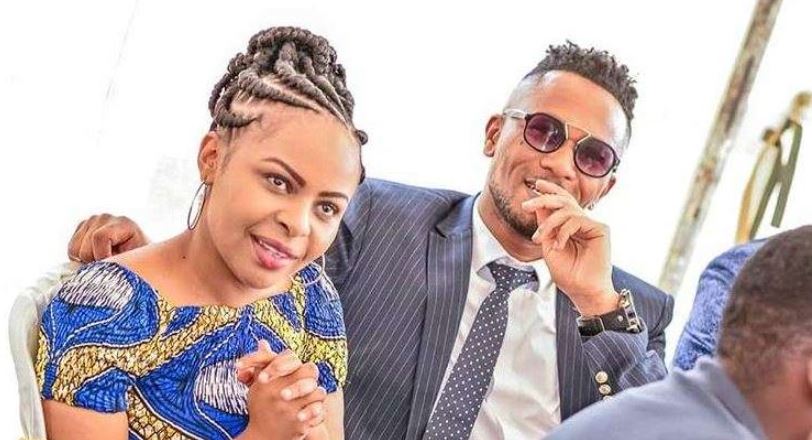 Gospel singer turned preacher Liney Munyali alias Size 8 says she once kicked her husband DJ Mo out of their house and threw out his belongings following a heated disagreement.

Speaking at Kiss 100 FM, Size 8 said the incident happened sometime in 2016. It was one of several marital conflicts that rocked the early years of their marriage.

“Before I matured into a lot of things, I used to overreact. Ata kuna day in 2016 nilifungia Mo nje, alikuta vitu zake nje na mlango nimefunga,” she said.

Size 8 recalled another marital squabble in 2018 that saw her move out of their matrimonial home.

Size 8 rented a house and paid two months’ rent. She also switched off her phone, leaving DJ Mo in the dark.

In a past interview, DJ Mo said it took him almost a week to find Size 8.

The mother of two says she is now mature enough to handle domestic quarrels without overreacting.

“I have had my shares of drama, I’ve really sumbuad…I have really packed and gone. I have really overreacted. I have done all that and I thank God because right now, I handle things in a very different mature way,” she said.

Adding: “I like being honest with marriage because when you’re honest, you encourage other people, when you paint a picture of perfection, you make other people feel like they’re in hell…I can say I have really matured and I don’t pack and go after every argument.”

Size 8 described her 8-year marriage as beautiful in spite of all their squabbles.

“What I like about me and my husband, we are honest about our marriage walk, marriage is a beautiful journey but it has its ups and downs,” she said.

What Carrol Sonie Wants From Mulamwah After He Claimed She Attempted Abortion < Previous
Betty Kyallo Reality TV Show Inspired by Kardashians Next >
Recommended stories you may like: