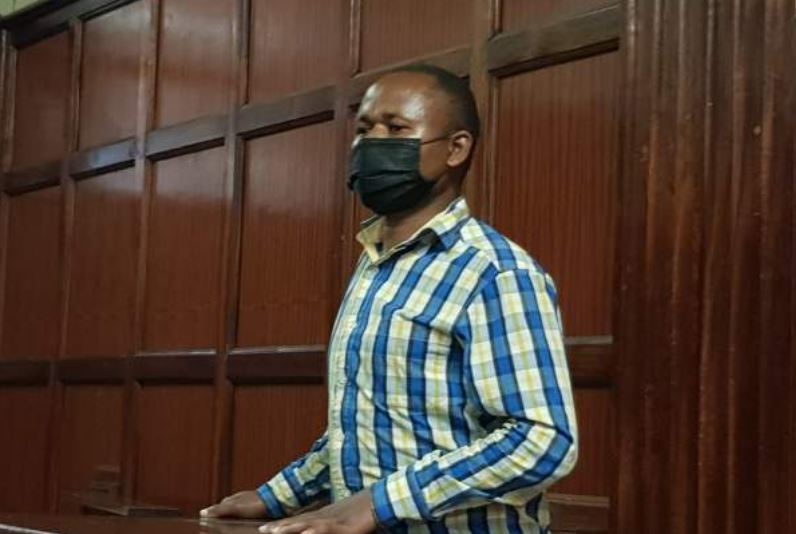 A 36-year-old man has been charged at Milimani Law Courts for allegedly defiling and impregnating his 13-year-old stepdaughter.

Gregory Mwatu Munyao alias Boniface allegedly raped his daughter during the Covid-19 lockdown at their residence in Kasarani, Nairobi.

“You are charged that on diverse dates between March 2020 and June 18, 2020, at Kasarani within Nairobi County, intentionally and unlawfully caused your genital organ to penetrate the genital organs of INI, a child aged 13 years,” the charge sheet read in part.

In her testimony, the minor who has since given birth to twins told the court that her father would sneak into her bedroom, undress her and abuse her and later threaten to kill her if she told her mother.

The teenager revealed she was abused after her mother suspected she was pregnant and bought a pregnancy test that confirmed her fears.

They then reported the matter at Kasarani police station leading to the arrest of the accused.

A DNA test ordered by the court last year proved Munyao was the biological father of the twin boys.

He mentioned he paid school fees for his step-daughter even when she was living with her grandmother before joining them at Kasarani.

Munyao also claimed he had tried to instill discipline in her.

“I told my wife to caution our daughter who was class 7 at Kasarani Primary School against coming home late from school,” he said.

The matter will come up for final submissions on March 25, 2022.

Shollei – Uhuru is the Presidential Candidate, Not Raila < Previous
Why Mau Mau Fighters Want DP Ruto Removed From Office Next >
Recommended stories you may like: