Shollei – Uhuru is the Presidential Candidate, Not Raila 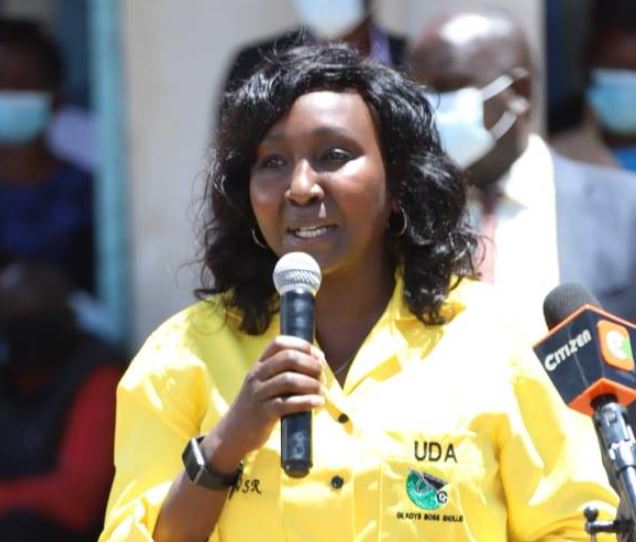 Politicians allied to Deputy President William Ruto have intensified attacks against President Uhuru Kenyatta for endorsing Raila Odinga to be his successor.

The latest lawmaker to accuse the President of interfering with the succession race is Uasin Gishu Women Representative Gladys Shollei.

The former Chief Registrar of the Judiciary claims Uhuru Kenyatta is using the ODM leader to run for the presidency for the third time.

According to Shollei, claims that President Uhuru is acting as a buffer between the Deputy President William Ruto and Raila are intended to intimidate the DP.

“Raila is not the candidate, Uhuru is. The claims that Uhuru is a buffer between Ruto and Raila are but just bravado talks,” Shollei told KTN TV News.

The woman rep opined that Uhuru’s end game is to control the legislative house.

Shollei asked the president to remain neutral in the presidential race and allow Kenyans to make their democratic choice freely.

“That’s why Ruto urged the President to leave Raila alone. He is a seasoned politician,” she said, adding that Raila was not capable of winning the August polls.

In a statement on Monday, Kuria declared they will not allow that to happen.

“The truth which even him knows is that he wants a third term- This time as a Prime Minister in Baba’s government. This is unpalatable and unacceptable to us the sons and daughters of Kikuyu peasants. We shall resist!” he wrote on social media.