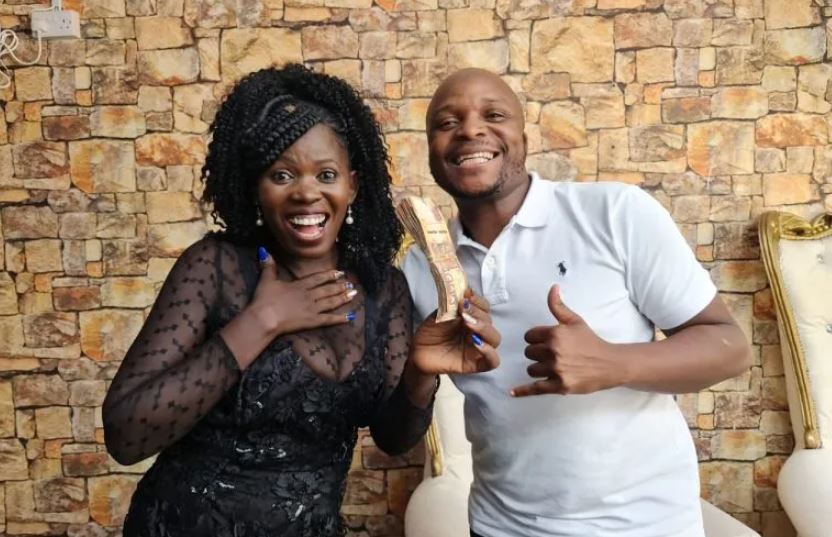 Merceline Atieno, aka Mercy Atis, became an internet sensation when her song ‘I Don’t Give a Damn’ went viral on social media in 2020.

Mercy Atis was subjected to ridicule prompting her to open up about her tribulations. Atis narrated how she was deported from the US in 2014 after serving jail time.

With no money or assets back in Kenya, Atis was hellbent on becoming a musician. After sharing her story, she was interviewed by Jalas on Jalang’o TV where her plight touched well-wishers to raise funds for her.

Atis managed to raise about Sh500,000, which she pumped into a restaurant. According to Atis, the business was doing well until some clients refused to pay a Sh6,700 bill.

She reported the matter at Kitengela Police Station which was the beginning of her troubles.

Mercy Atis narrates how the Kitengela OCS Jennifer Munyaanyi Mutuku and her junior officers have left her business on its knees.

My name is Merceline Atieno, aka Mercy Atis, a single mother of two: an eight-year-old and a two-year-old. I’m the proprietor of Motherland Restaurant in Kitengela. I’m originally from Siaya County, but am currently a resident of Kitengela (in Kajiado).

The capital to start this business was crowd-sourced when my story went viral and I was subsequently interviewed by Jalang’o TV on December 15, 2020. It is from this that the audience was moved by my narration on how life had tossed me. From losing my brother to deportation from the US.

I managed to raise about Sh500,000. The crowdfunding was done between December 2020 and January 2021. Upon advice, I settled on starting up a food business.

Initially, it was just a fish joint before I diversified to other foods. Later on, upon requests by my clients, I obliged to include alcoholic drinks.

I was also doing this to help me raise the rent of Sh36,000 without much struggle. That’s how I slowly added some drinks, first to test the waters, and when it caught up, I fully incorporated it.

It was picking up so quickly, until one evening when a client refused to pay a Sh6,700 bill. This client walked in with a group of friends and asked us to serve them alcoholic drinks. They drank to their satisfaction then refused to foot the bill. I reported the incident at Kitengela Police Station. The police didn’t take any action against this client. But, ironically, that’s when they got wind about my diversified bar and restaurant venture. Initially, they only knew I was operating a food parlour.

I was summoned by Ms Jennifer Munyaanyi Mutuku, the Kitengela OCS. The junior officers who came bearing this news told me that I would have to part with a protection fee of Sh5,000 every month, given to the OCS by the fifth of every month without fail. The consequences of not complying, they warned, would be dire, including facing frequent arrests.

Out of fear, I complied, visited the OCS, and we spoke warmly and widely. In the end, she said she’d been moved by my life story, which she had watched online.

She expressed so much enthusiasm and compassion to me. She shared with me just how great a vision she had for me. She told me that since I was just starting out, I needed more time to get my business on a solid footing. She said she would be so happy to witness my business expand. It was largely a great, delightful and enlightening talk. Then I handed her the cash. That was the first time I handed her the protection money. It was sometime in February last year. I was still a newbie in this venture. In that month we worked very well, and I was neither arrested nor disturbed by her officers.

During that period, the country was under a 10 pm to 4 am curfew. So basically we were paying to be allowed to operate a few hours past the curfew hours. Deep down, I knew that once the curfew was lifted, I wouldn’t have to be paying for this because the liquor licence would allow me to operate till 11 pm.

After the police became aware of my venture, they made frequent visits. As earlier agreed, I was to part with some money every time they visited, besides the monthly protection fees payable to their boss. If they visited in their patrol cars, I was to part with Sh200. And, if they came on foot, I was obligated to pay Sh50 to each officer. The amounts are fixed and non-negotiable. The junior officers never listen to anything. They always want their share, whether it is a good day or a bad day. On bad days, they threatened to deal with my hard-headedness.

But they were not empty threats. On most bad days they raided, cuffed me or my employees, and remanded me at Kitengela Police Station, which we call ‘Roadblock’ police station. Once remanded, it was always a race against time because any delays would mean you end up in the corridors of justice where your fate would lie entirely at the mercy of the courts. I always survived by footing all these charges. But I was slowly yet surely getting drained. This arrangement drained and left me cash-strapped.

On January 4 this year, I, as usual, visited the police station to pay my protection fee. I called the OCS to inform her that I was there to beat the Date 5 deadline. She told me that she was away and that I should just send her the money via M-Pesa. I did so. But what irked me, and basically served as the clincher of the twists of all these frustrations, is that she, through her junior officers, arrested me less than two weeks later. I negotiated my way out – together with my clients, as usual.

Whenever I’m on a mission to secure the freedom of those picked from my business premises, I try as much as I can to bail out everyone (employees and clients). Because, if I don’t do so, I’ll lose my loyal customers. 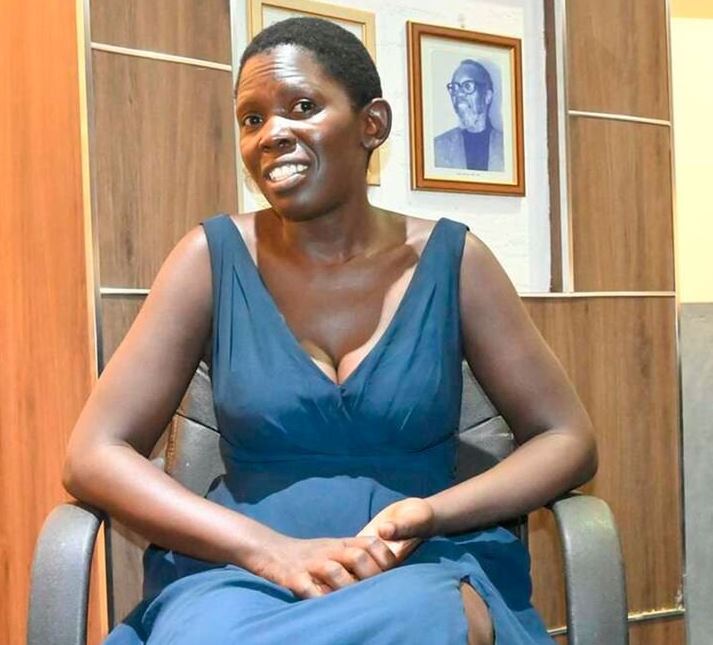 Just as I was recovering from the realms of financial abyss, again, at the beginning of February, my three employees and over 13 clients were arrested. It is at this point that I decided I had had enough of yoking and caging. I decided that I was no longer going to keep quiet.

At the police station, I tried as I could to secure their release. But this time, I was so broke to afford the money they demanded. I only had Sh5,000 between me and poverty. But upon arrest, you can never talk your way out. You never talk about anything but the amount of money you should hand over to the police.

Sadly, we ended up at the Kajiado Law Courts and were fined Sh50,000. I was so bloody broke, that I had to be ferried in the police vehicle back to Kitengela after appearing before the judge.

‘Too small to change system’

I had on several occasions been warned about questioning the status quo or doing anything contrary to the instructions of the police officers. They told me that I am so small to change the system. The unwritten rule of the jungle, they told me, is to play by the tune of the ‘law enforcing’ officers. That was the only sure way to thrive in business in this part of the world, they told me.

For every arrest, I would have to bribe the offers with about Sh5,000 to secure the release of my employees and an extra Sh1,000 for each client. They claimed this would discipline me enough to toe the line.

But it has been over a year-long festering wound. Until February when I got fed up, I had parted with Sh70,000 on the OCS alone. Her errand boys too have had their immeasurable cut. I’m now tired and on the brink of closing down my business. What worries me most is how I will survive without another source of income.

Additional Reporting by the Nation

My Career Journey From a Cleaner/Tea Girl to a Lawyer/MP Aspirant < Previous
Hilarious Posts by Kenyans on Social Media for the Monday Blues Next >
Recommended stories you may like: