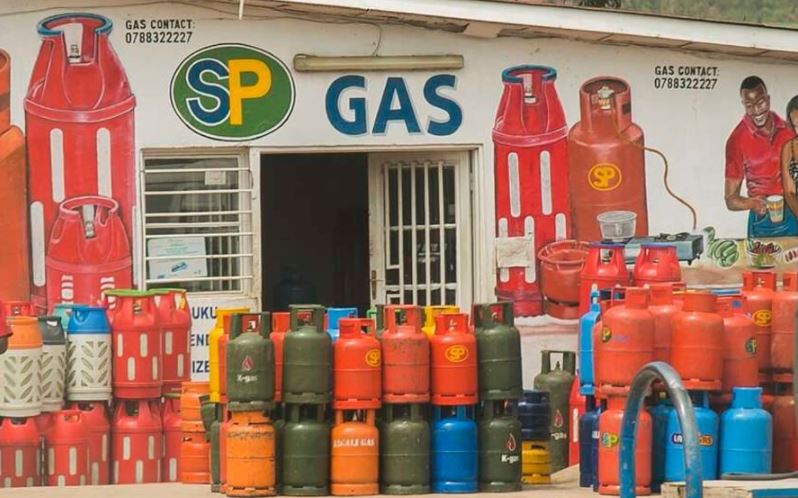 The price of cooking gas has hit an all-time high in Kenya following the latest review by Rubis Energy Kenya.

In a statement on Friday, Rubis Energy announced a six kilogramme cylinder will now be refilled at Sh1,560 from Sh1,441.

The price is inclusive of a 16 percent value-added tax (VAT) at Sh198. Before the introduction of the VAT, Kenyans were refilling the same at Sh1,243.

The dealer’s price for the 13-kiogramme cylinder was at Sh2,684 before VAT.

The new prices took effect Monday, March 7, 2022. Other dealers are silently reviewing their prices as well.

In January, LPG prices hit an eight-year high of Sh2,978 for the 13-kg cylinder. This represented a 48 percent surge over the last year or almost Sh1,000 since January last year. 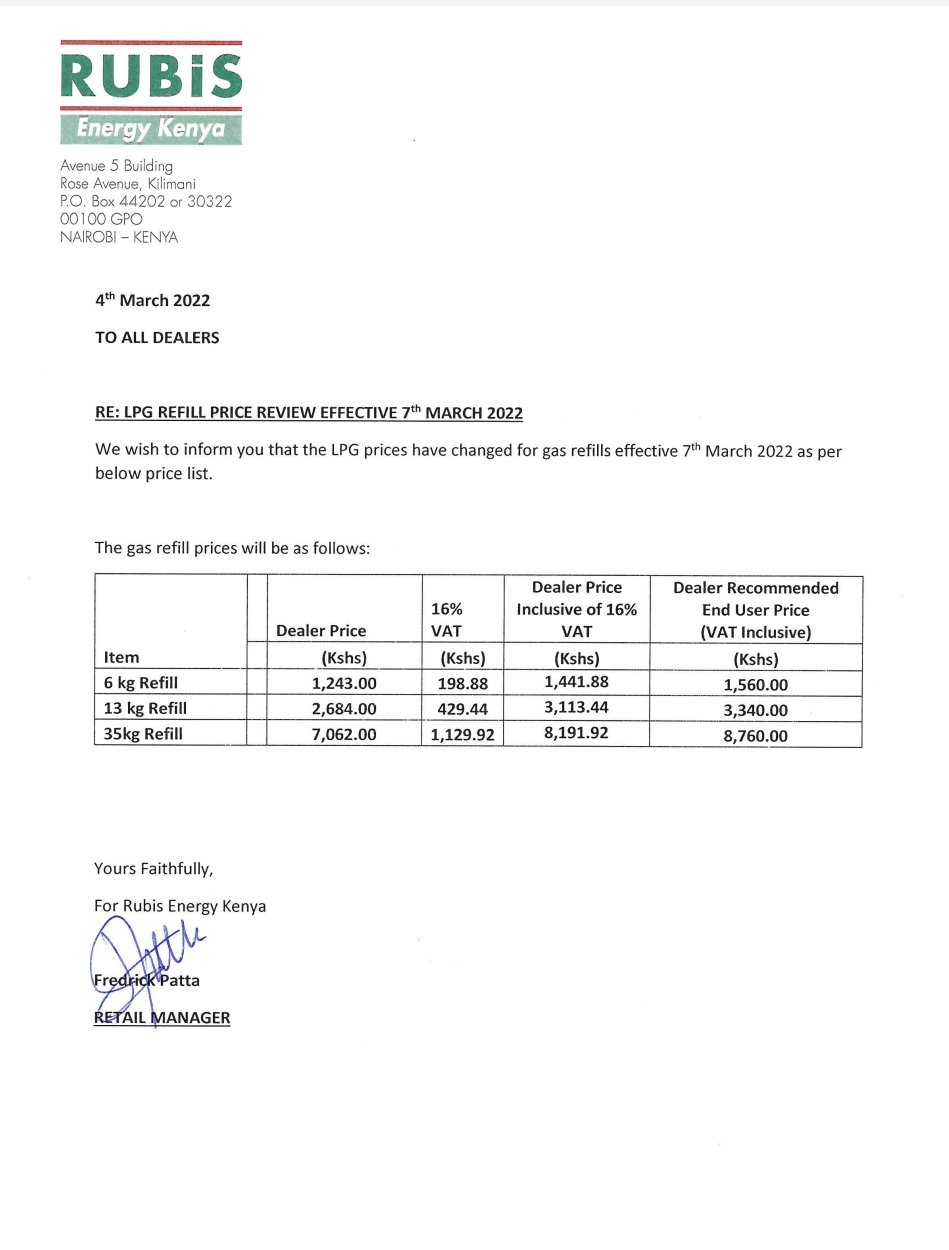 I’m Not a Drunkard Just Because I Own Nightclubs, Governor Kananu Hits Back < Previous
Anne Waiguru, Moses Kuria on EACC Radar Over Alleged Graft Next >
Recommended stories you may like: