The campaigns are heating up, and as most of the nation is focused on the presidential race, county races are arguably more important.

Most Kenyans end up being affected by county government service delivery or lack of, often more than the national government.  It is the county governments that are responsible for the most basic service provision, such as healthcare, water, estate roads, business licenses etc.

Here in Nairobi, the one perpetual problem experienced by residents is the irregular supply of water. For years, most Nairobi estates have been on permanent water rationing mode. It has become so bad that one of the key features every house hunter looks for is availability of borehole water.

There is a complete lack of confidence in the county government and to some extent the national government, offering a solution any time soon. Administration after administration seems beholden to the so called ‘City Hall cartels’; a shadowy group of people who allegedly deliberately withhold water from some city estates, so they can drive in with water bowsers and sell their own.

In some estates like Nyayo Estate, the situation is so bad that residents are constantly holding demonstrations against their permanent water shortage state.

One of those protests was held today, as the world marks World Water Day. 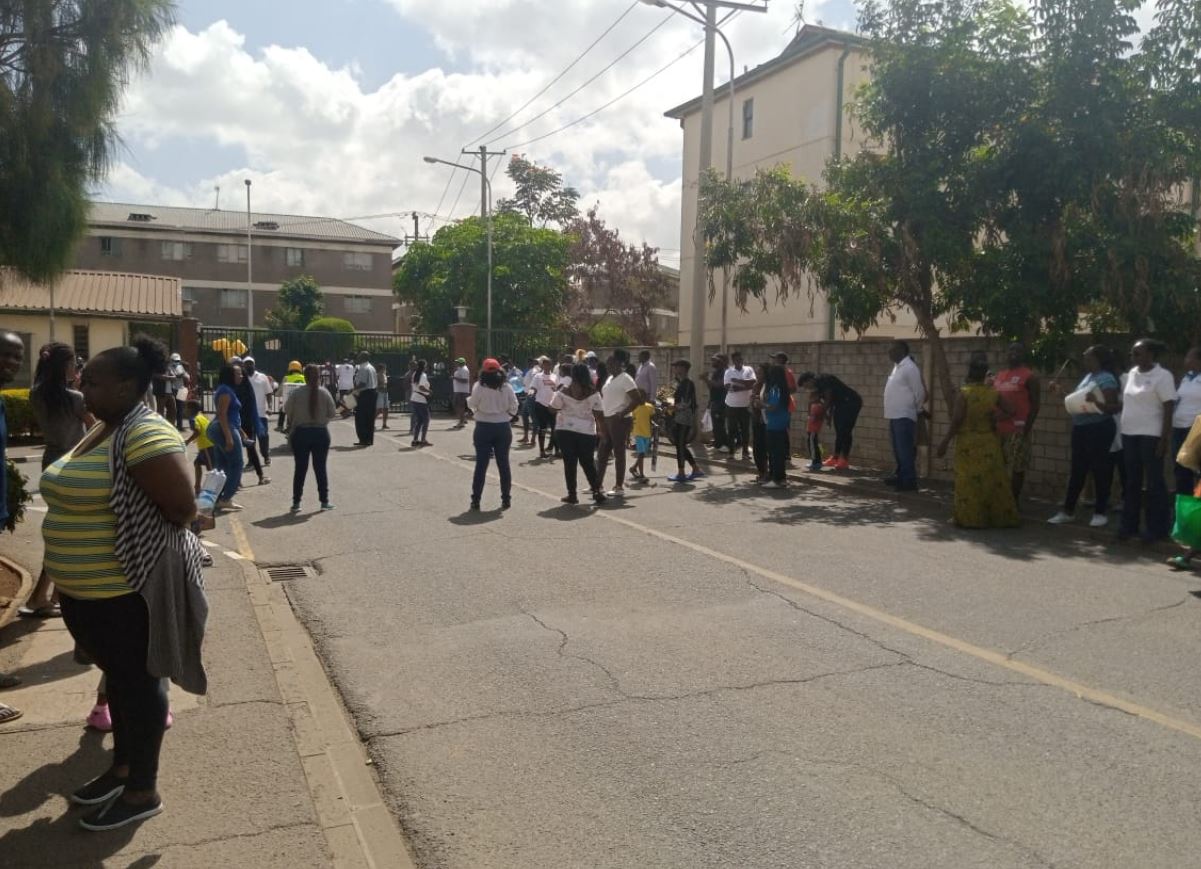 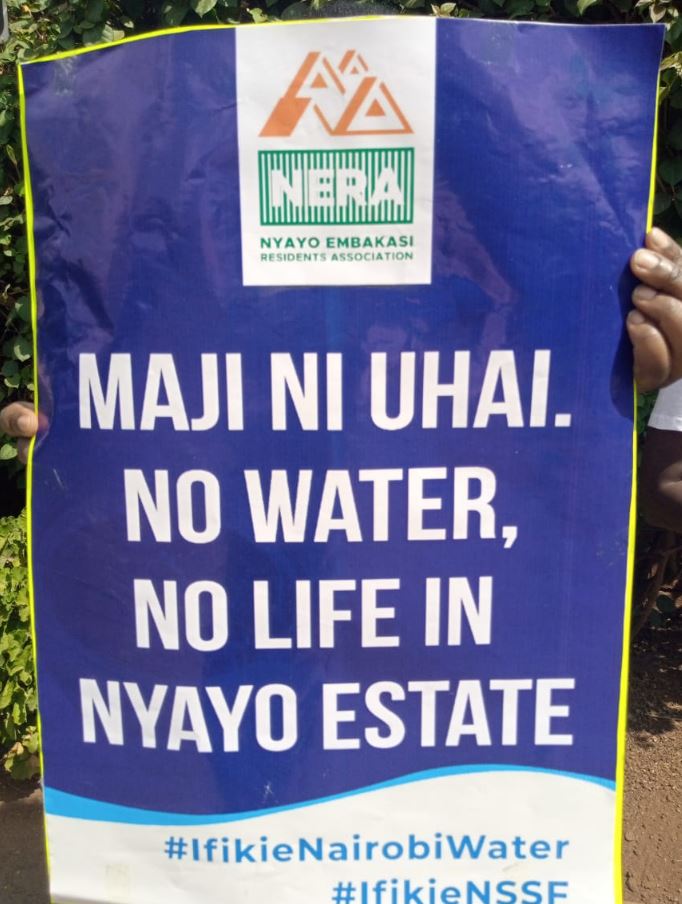 The residents also have a Change petition with about 2000 signatures, demanding Nairobi Water steps in and solve their problems once and for all.

Despite this being a widespread problem in the city, it is surprising that very few politicians seeking the top county job are even acknowledging it.

Businesswoman Agnes Kagure is however promising to take on the issue head on, vowing to bring down the cartels responsible for the misery inflicted upon hundreds of thousands of Nairobians. 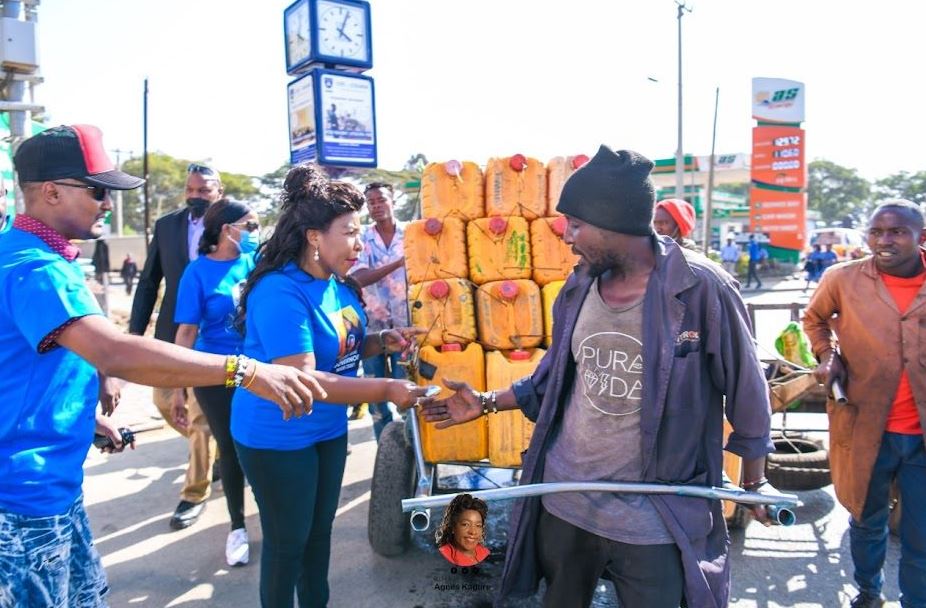 Kagure, who is seeking to be the next Nairobi governor on a Jubilee/Azimio ticket, made the remarks on Tuesday while dispatching several ground teams from all 85 wards to promote those who deliver water to households.

She used World Water Day to reiterate her campaign’s promise to ensure all households have flowing water in their taps. She also sounded a warning to cartels profiting from cutting off water to city residents. 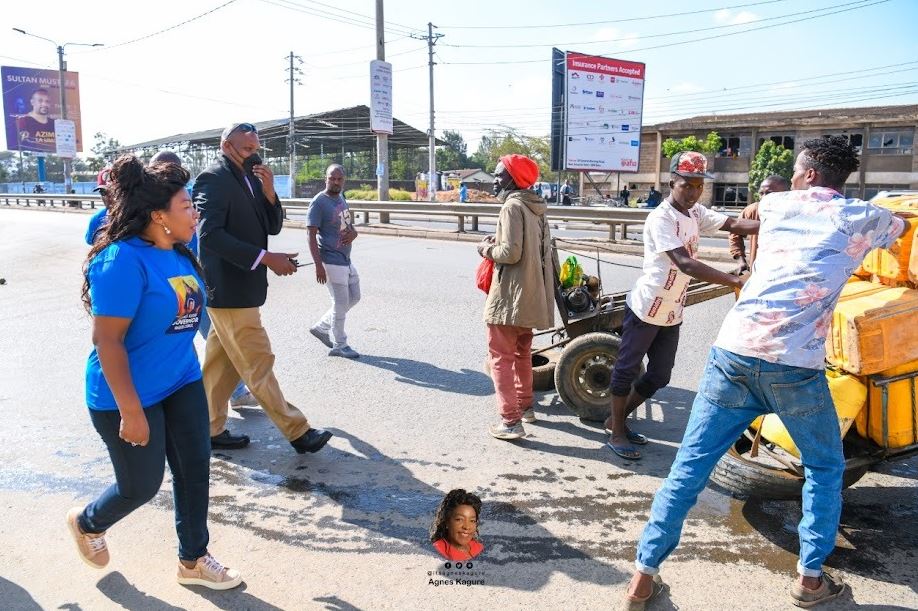 Kagure further added that her administration will work with the national government and other development partners, especially in her vision to have desalinated ocean water get to Nairobi taps.

“As governor, I intend to enhance cooperation with development partners and the national government so that we can have more desalinated water from the Indian Ocean serving Nairobi residents, as well as firmly deal with water cartels who intentionally cut off and divert water lines so they can sell and make profits,” she said.