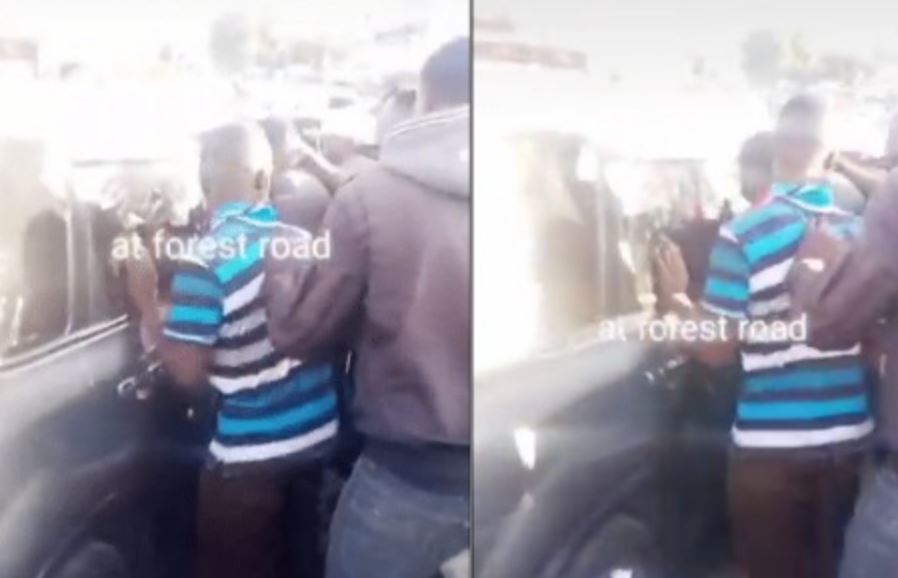 On Monday morning, Kenyans on social media woke up to a disturbing video showing a group of bodaboda operators sexually assaulting a female motorist along Wangari Maathai /Forest Road in Nairobi.

The shocking incident happened on Friday, March 4 at around 5 pm but the video emerged online on Monday, sparking widespread outrage.

Police said the woman was driving from Limuru side when she knocked down a bodaboda operator. The victim sustained fractures on the leg and is undergoing treatment at Kiambu Level 4 Hospital.

In her statement at Parklands police station on Monday, the woman said the bodaboda rider had crossed the road abruptly leading to the accident.

The woman stopped a few meters ahead but bodaboda operators ganged up against her and tried to rob her. She then drove off for safety but the operators chased after her and blocked her way.

It is then that they started groping her and stripped her off her clothes. The woman told police she also lost money and other valuables during the traumatic and bloodcurdling assault.

The victim was rescued by traffic police who were alerted by other motorists.

“Our officers rushed to save this motorist. They dragged her to the back seat and one of our officers drove her away,” said Nairobi Traffic Commandant Joshua Omukata.

The viral video caught the attention of Interior Cabinet Secretary Fred Matiang’i who said he was disgusted by the incident.

“I am shocked and disgusted by a viral video clip of a female motorist being molested by suspected boda boda riders along Wangari Maathai /Forest Road. We must protect our roads from such vile and reprehensible acts of aggression,” he said.

Matiang’i said he had ordered police to hunt down the men and bring them to justice.

“Boda boda riders need to behave. They need to be civilised in a way… Those who are adamant we are going to deal with them,” said Mr. Omukata.

Moderna To Build Ksh57B State Of The Art Vaccine Facility In Kenya < Previous
WATCH: Bahati Teams Up With Raila on Azimio Campaign Song ‘Fire’ Next >
Recommended stories you may like: