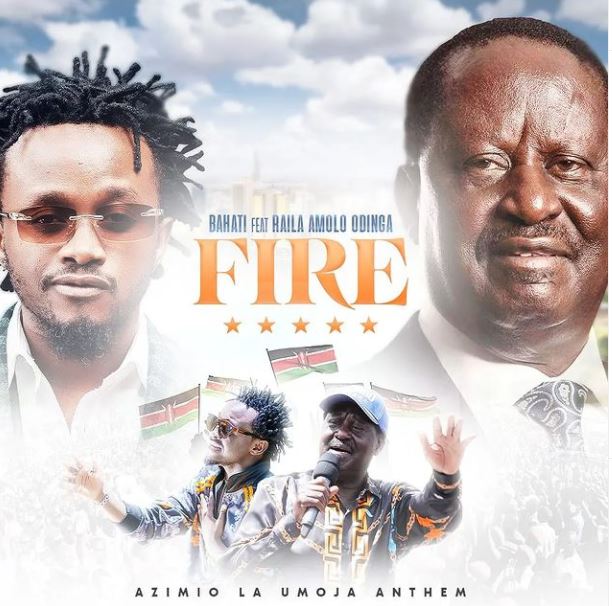 Dubbed ‘Fire’, the track is a campaign anthem for the Raila-led Azimio La Umoja coalition.

In the three-minute song, Bahati praises Raila and endorses him for the presidency in the August Elections.

On his part, Raila chants ‘Fire’, a phrase he has been using in his campaign rallies. The former Prime Minister is also seen in the video dancing to the tune alongside Bahati.

“I told you this is historic! I took Hon Raila Amolo Odinga to the studio for the first time and we made the collabo of the year. Now on Youtube we premier the official music video so jeshi ya Bahati na jeshi ya Baba enjoy,” Bahati announced.

16 Bodaboda Men Arrested for Molesting Female Motorist on Forest Road < Previous
“I Never Cheated on Mulamwah, Never,” Carrol Sonie Says, Agrees to Paternity Test Next >
Recommended stories you may like: