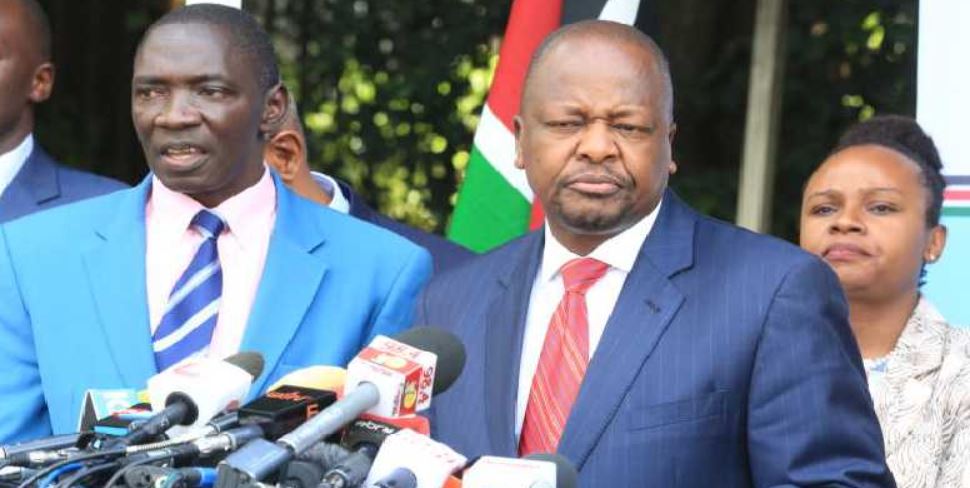 As other Cabinet Secretaries eyeing elective seats resigned en masse before the February 9 deadline, Health CS Mutahi Kagwe is staying put until his term ends or when President Uhuru fires him.

Speaking on Tuesday, CS Kagwe admitted he considered resigning to run for a seat but decided to continue serving Kenyans in his current capacity.

“No, I’m not resigning. I have given a lot of thought to this issue,” he said.

Kagwe explained it would be irresponsible of him to resign while the country is still combating the COVID pandemic.

“I was called to this government just over two years ago by President Uhuru Kenyatta to serve in this specific capacity, and for whatever reason, I happened to be there when Covid-19 hit us and it is still there,” said Kagwe.

“We are still grappling with this pandemic, and I do not feel it will be responsible on my part to abandon the course at this critical moment to go and run for an elective position.

Kagwe added: “As long as the situation is the way it is, as long as it is the President’s pleasure that I serve in this capacity, I don’t feel inclined to resign and do anything else. If I can stay behind and save the lives of five other Kenyans, it would be a well-thought decision.”

The CS at the same time said he does not have an issue with other Cabinet Secretaries and civil servants who are resigning to run for seats.

“It is the right of every Kenya to go and participate in the electoral process and vie for any seat,” Kagwe said.

PHOTOS – Uhuru Bids Farewell to Nzioka Waita < Previous
Here’s What’s Trending in Nairobi This Thursday Next >
Recommended stories you may like: