Moi Grandson “on the Streets” Following Eviction Over Rent Arrears 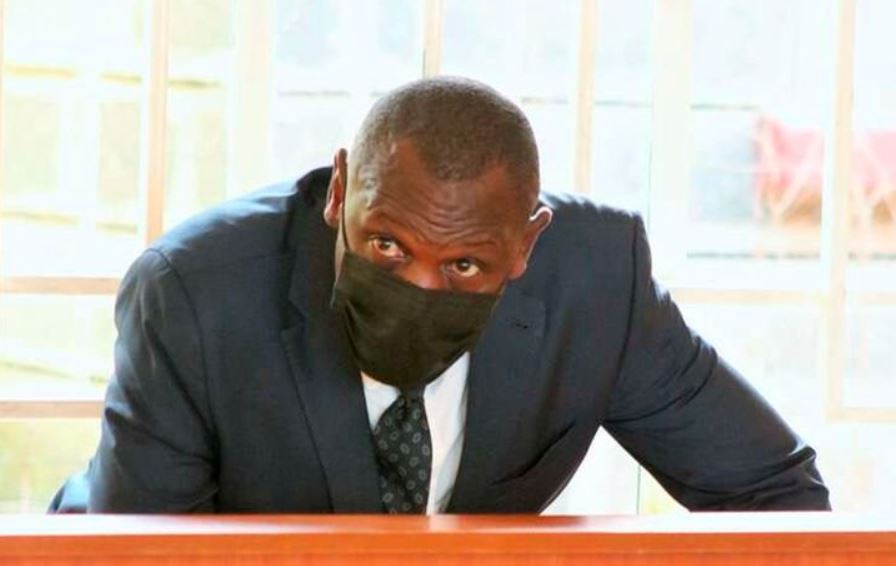 The eldest grandson of former President Daniel Arap Moi has been evicted and is living on the streets, a court heard on Monday.

Through his lawyer, Collins Kibet Toroitich, 45, told the High Court in Milimani, Nairobi, that he was evicted last Friday.

Mr Kibet was kicked out of his house for failing to settle six months’ worth of rent amounting to Sh240,000.

The son of Mzee Moi’s eldest son Jonathan Kipkemboi Toroitich is locked in a court battle with his stepmother and half-brother, Sylvia Moi and Clint Kiprono.

He is accusing them of trying to disinherit him by excluding him as an administrator of a multi-billion-shilling estate left behind by his father after they obtained the court’s authority to manage the estate.

In court papers, Kibet claims his father’s estate is worth more than Sh70 billion.

He claims the actions of his stepmother and brother have left him unable to provide for himself and his family.

“The deceased’s first house, where Collins comes from, is not being provided for and is not among the administrators. He was evicted from his house on Friday and is now on the streets. It is saddening, considering the nature of the estate,” Mr Kibet’s lawyer Duncan Okatch told Judge Aggrey Muchelule.

Kibet the court to suspend the administrators from conducting any transactions related to the estate pending the mediation.

“The co-administrators unlawfully attempted to disinherit the applicant out of his beneficial share in Jonathan’s estate by intentionally excluding him as a beneficiary of the estate despite at all material times being aware that he is the eldest biological child of Jonathan and a bonafide dependant.”

“We urge for urgency in determination of our application because he cannot provide for himself or his family. His wife and children cannot believe he is not getting a share. Let us make a provision for him like the others are getting,” said Okatch.

The case will be mentioned on February 28.

Musalia Blasts Raila, ‘I Gave him my Chopper to Use for Free’ < Previous
PHOTOS – Uhuru Commissions State-of-the-art Cancer Centre in Mombasa Next >
Recommended stories you may like: