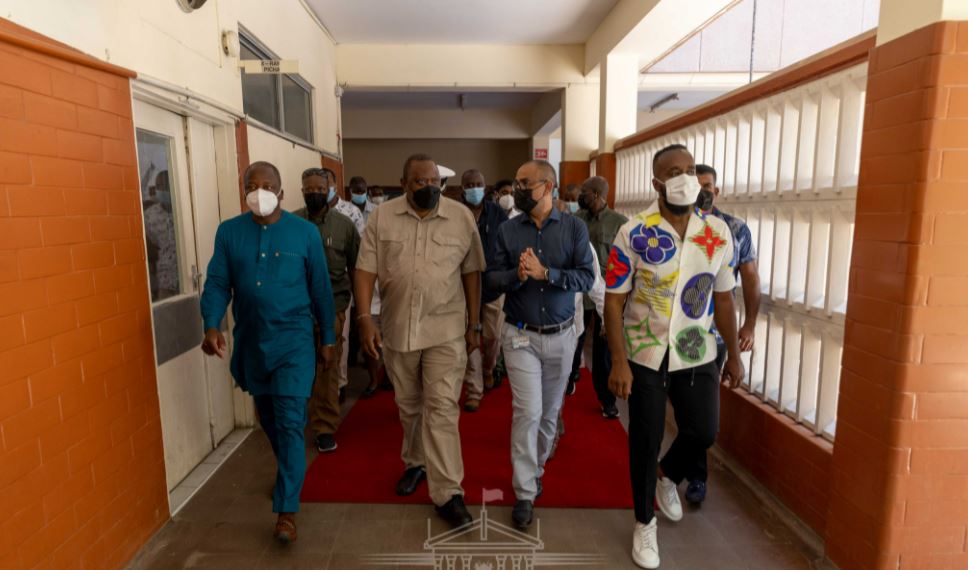 The ultra-modern facility, developed in partnership between the national government and the county government of Mombasa as part of the Universal Health Coverage (UHC) pillar of the Big 4 Agenda, boasts of high-tech equipment to offer comprehensive cancer care.

The centre which will cater for cancer patients in the region and beyond becomes the second public facility of its type in Kenya after the one at the Kenyatta University Teaching, Referral and Research Hospital.

Speaking after commissioning the cancer centre, President Kenyatta lauded the partnership between the national government and county governments in the delivery of health services to Kenyans.

Citing the example of the cancer centre, the President emphasized that without cooperation between the two levels of government, no significant development would be realised.

“This hospital is now able to provide services because we sat together with the governor who offered the land for us, as the national government, to put up the infrastructure and install modern equipment.

“We are doing all this to ensure wananchi have unfettered access to quality health services. We are doing these things not only in Mombasa but across the country,” President Kenyatta said.

The Head of state reiterated his appeal to all Kenyans to register for the National Health Insurance Fund to facilitate their access to treatment.

President Kenyatta added that he is advocating for continuity in leadership so that Kenyans will continue enjoying the services his government has initiated including UHC and improved infrastructure among others.

Health CS Mutahi Kagwe said the commissioning of the specialised cancer centre is part of the actualisation of the President’s UHC vision of ensuring Kenyans have access to excellent standards of health at affordable costs.

“We thank you because it is very easy to take things for granted, it is easy to assume that any other leadership would have brought similar developments. But without good leadership there would be no development,” CS Kagwe said.

CS Kagwe pointed out that next month a similar cancer facility will be opened in Nakuru followed by Garissa, Kisumu and Nyeri counties.

Mombasa Governor Hassan Joho praised the cooperation between the national and the county government, saying he had nurtured the vision of establishing a cancer centre for long but was only able to realise it when President Kenyatta’s leadership started working closely with the opposition.

“Whoever is criticising our cooperation with you (President Kenyatta) does not have the interests of Kenyans at heart. A lot of the developments we have achieved in my second term have been as a result of our working together with the national Government,” Governor Joho said.

The Governor added that for the first time in Mombasa’s history, a large number of patients from private hospitals are seeking treatment at the public hospital.

President Kenyatta commended the leadership of the county government for giving priority to the health of the people and for championing medical tourism, saying this will contribute to expanding the county’s revenue base. 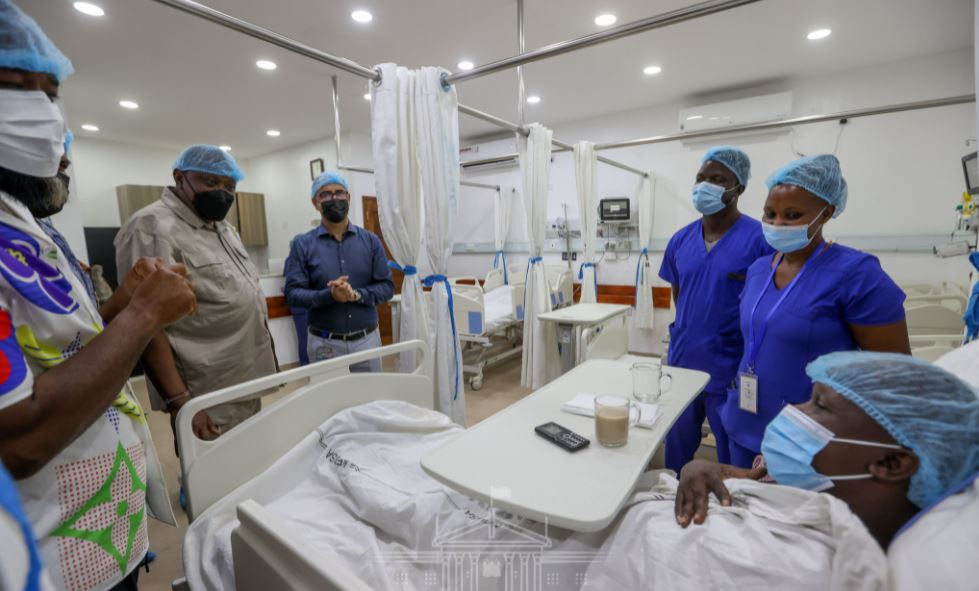 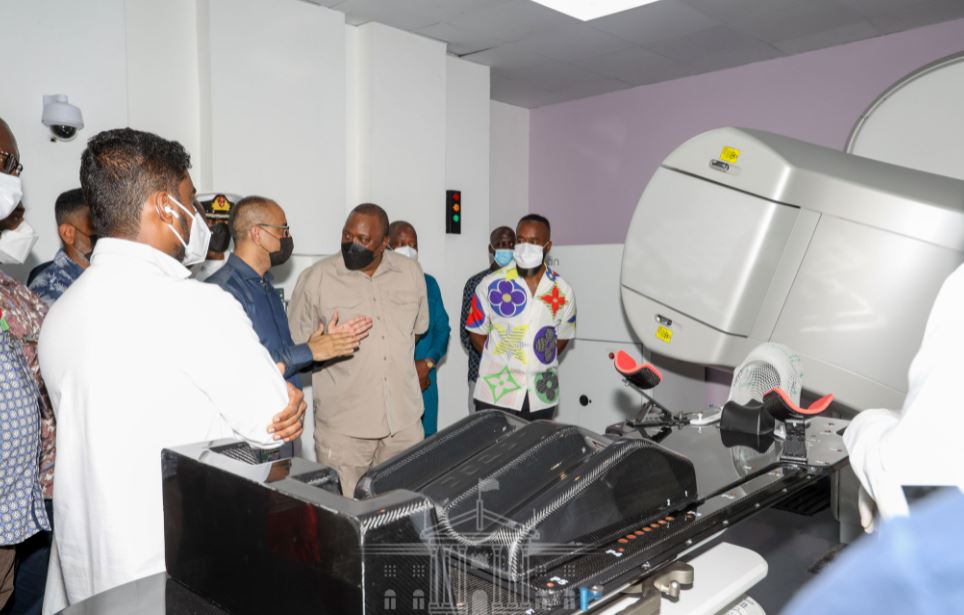 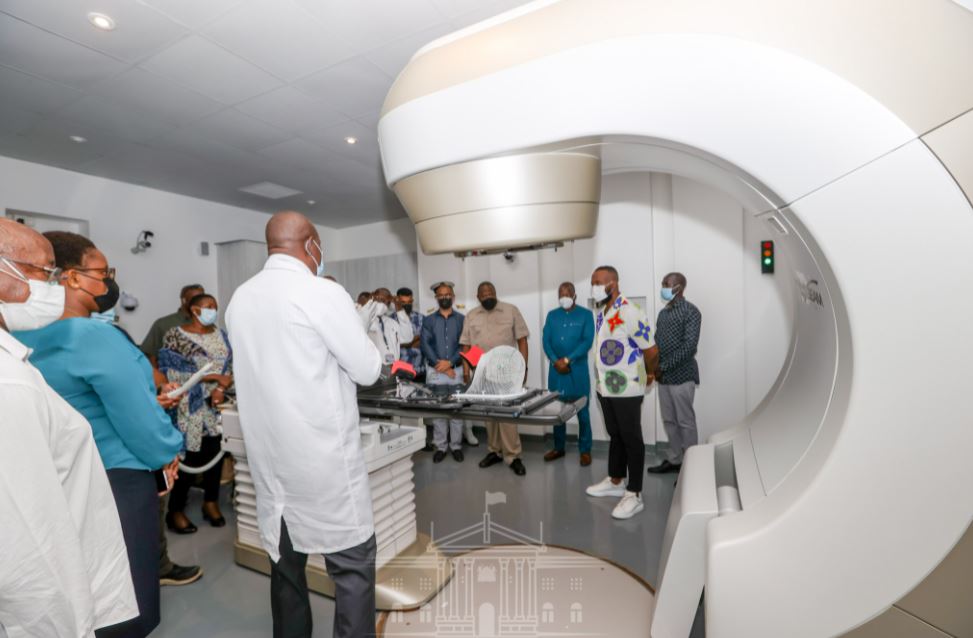 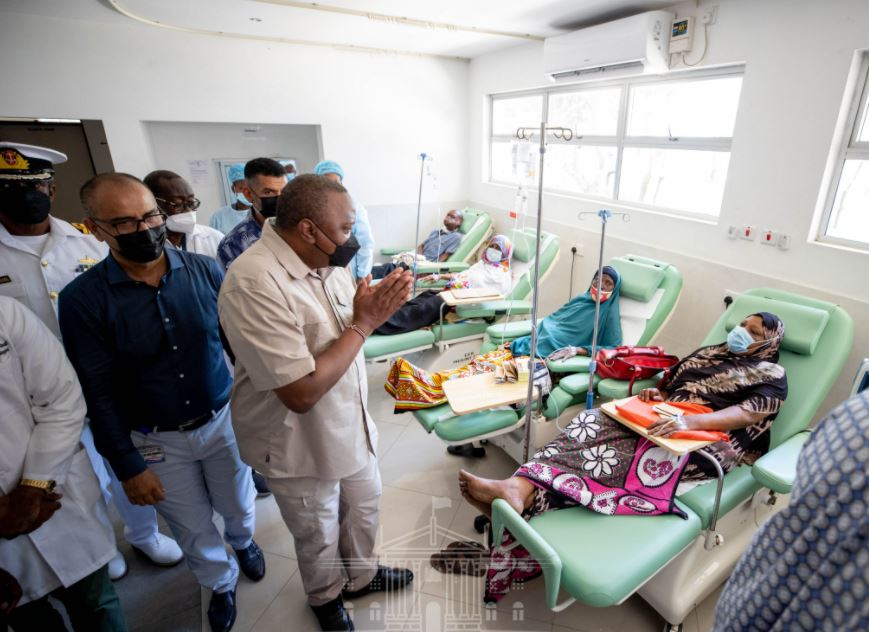 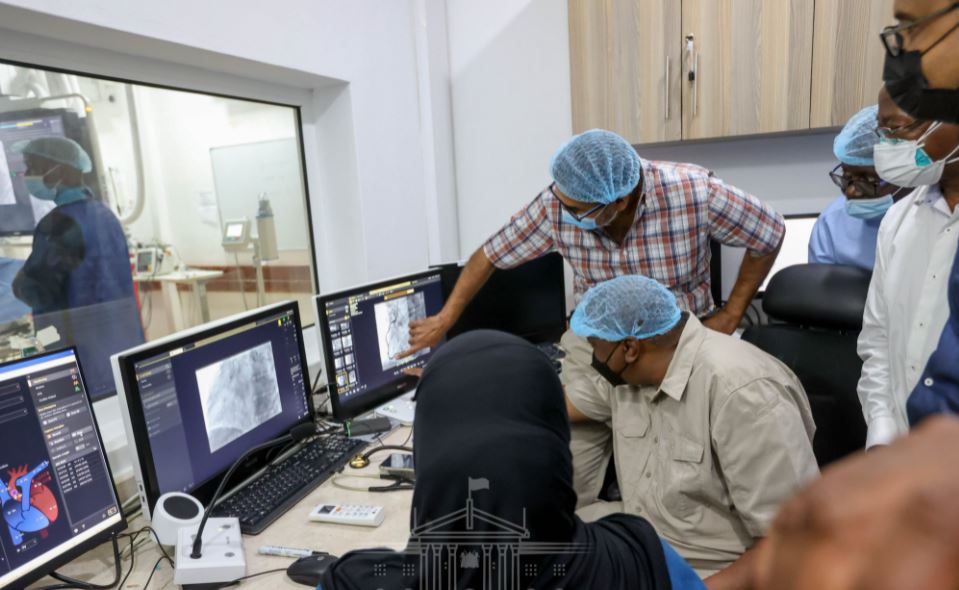 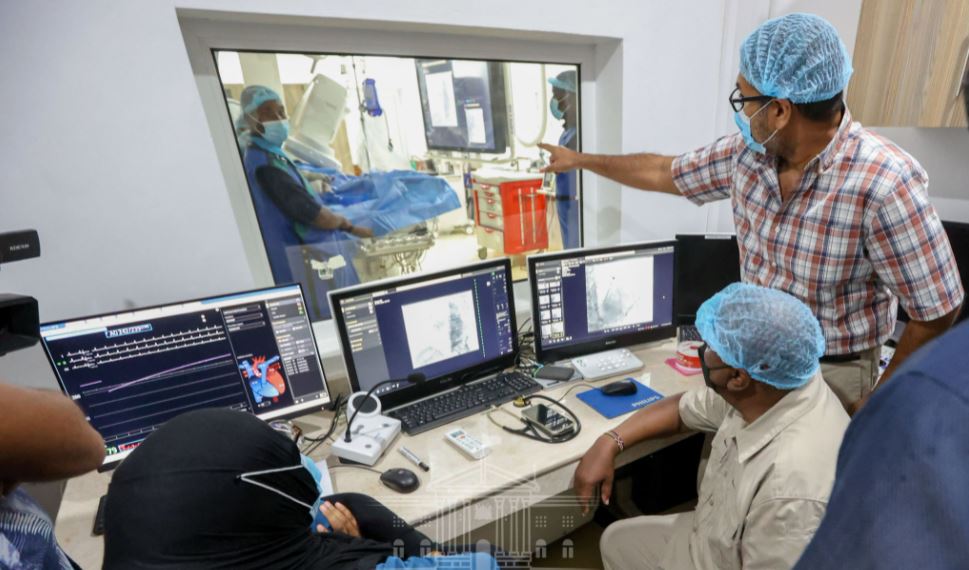 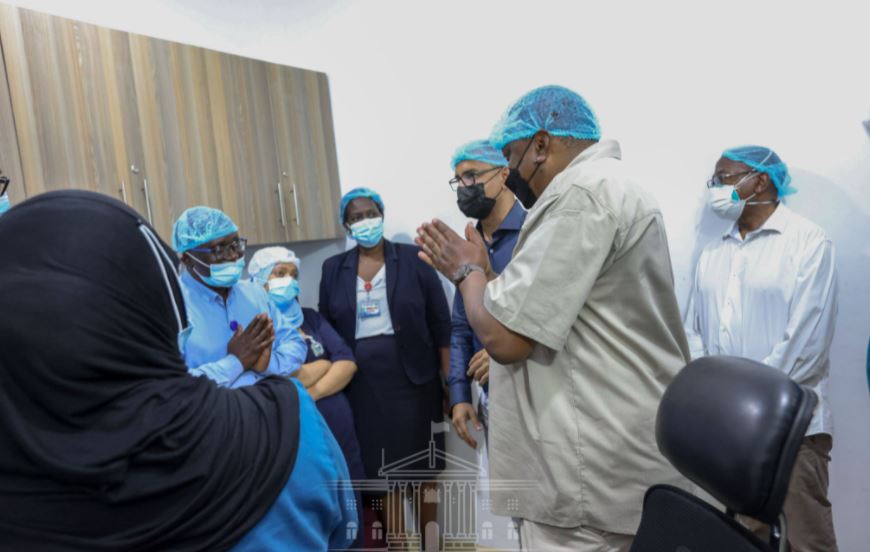 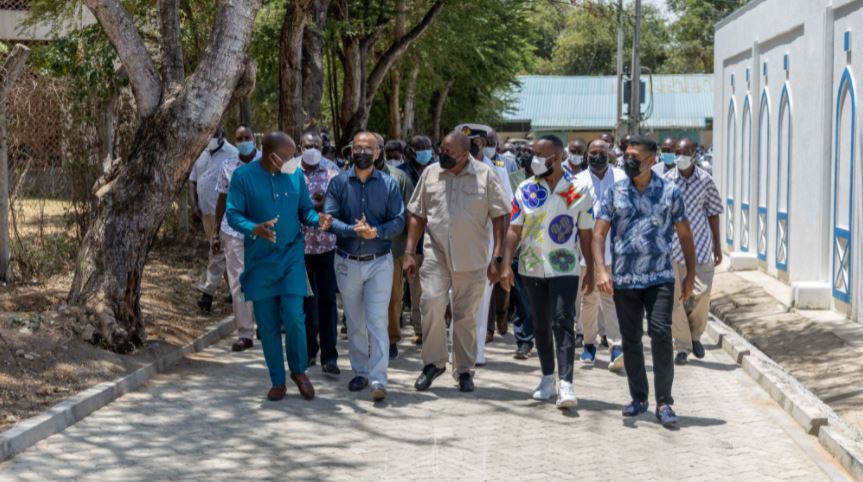 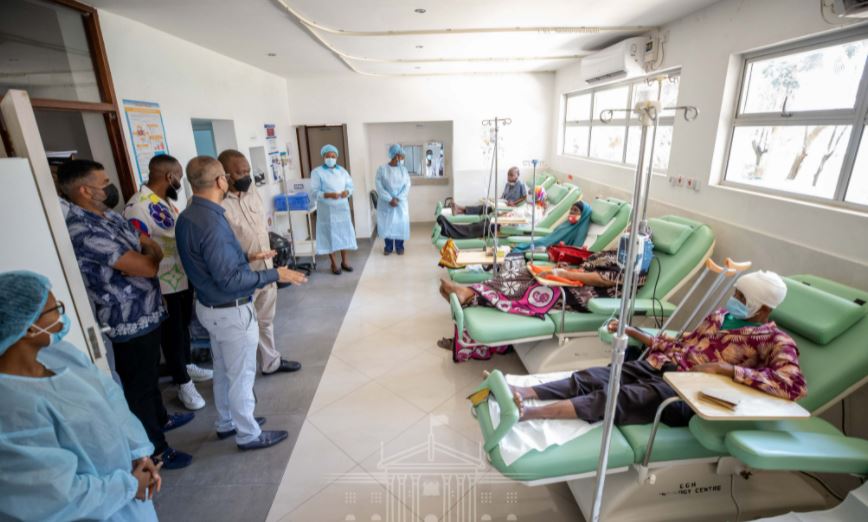 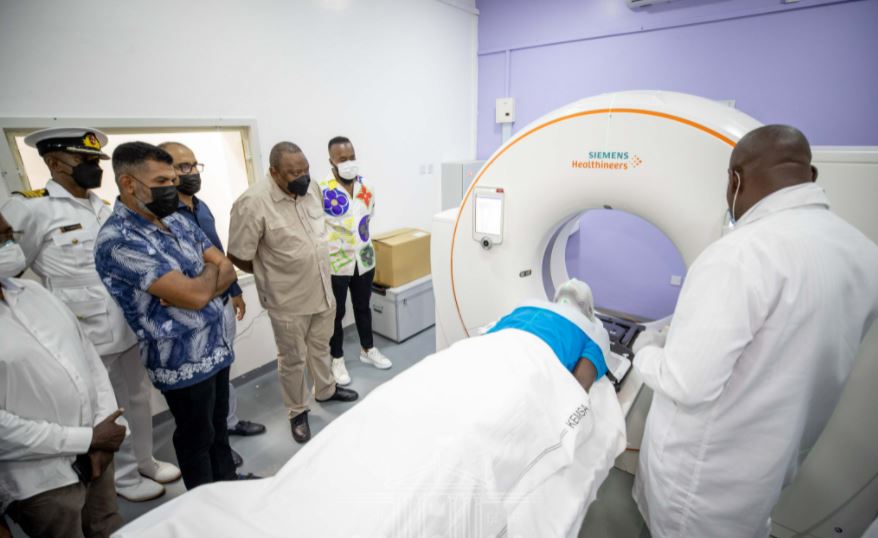 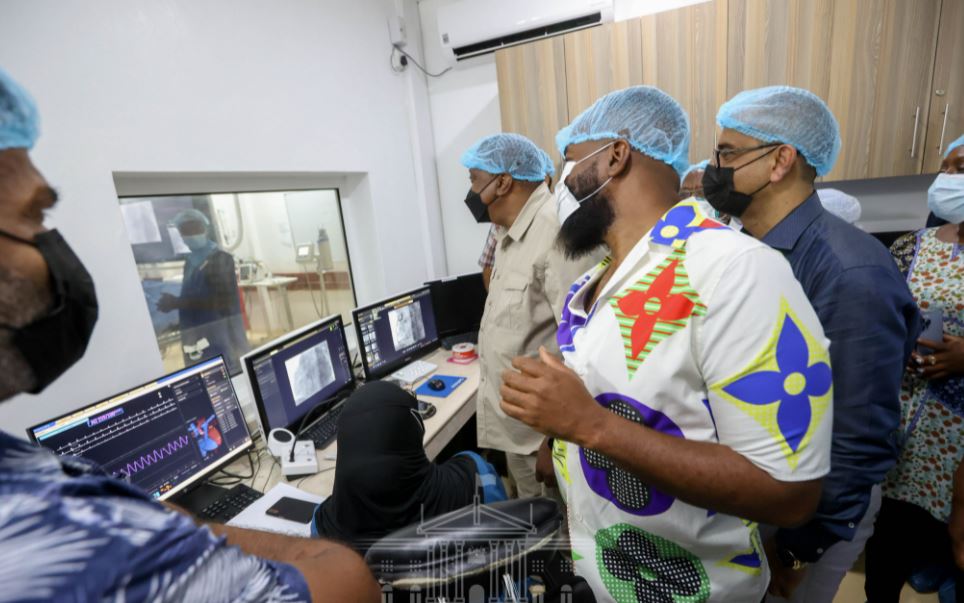 Moi Grandson “on the Streets” Following Eviction Over Rent Arrears < Previous
Rome Flynn: Biography, Wiki, Wife, Children.. Facts About the ‘Raising Dion’ Actor Next >
Recommended stories you may like: