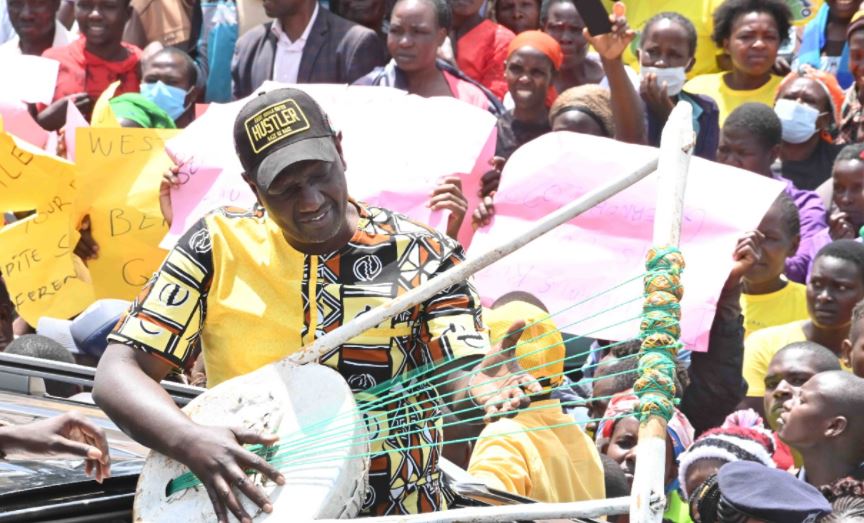 “Pursuant to Article 6:2 (iv), Article 31.1(I) and Article 31.2 of the United Democratic Alliance  (UDA) constitution, the UDA national delegates Convention shall be held on Tuesday, 15th March 2022 at the Kasarani Indoor Arena from 10 am,” the notice reads.

The agenda of the conference includes review and approval of the policies of the party, nomination of the presidential candidate, and consideration and approval of any other party matter.

Given that there is no other UDA party member who has publicly announced interest to vie for the presidency, Ruto is expected to get a direct nomination ticket for the August polls.

The UDA conference will come two weeks after Jubilee’s and ODM’s on February 25 and 26. The two NDC’s are expected to culminate in joint endorsement of Raila Odinga as flagbearer. 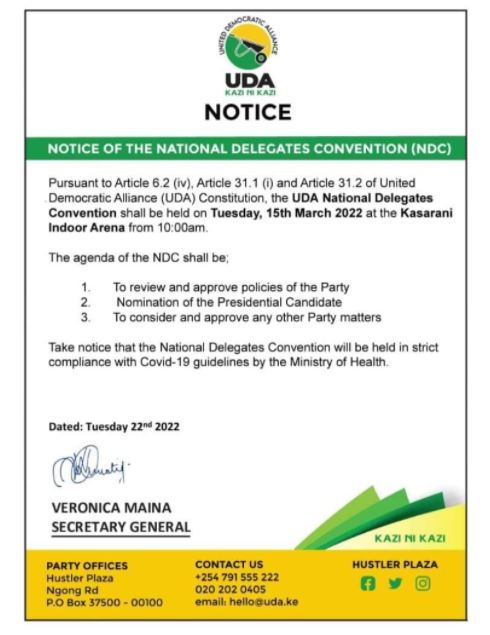 This is What’s Trending in Nairobi Today < Previous
DCI Issues 72-hour Ultimatum to Wanjigi to Surrender Illegal Firearms Next >
Recommended stories you may like: