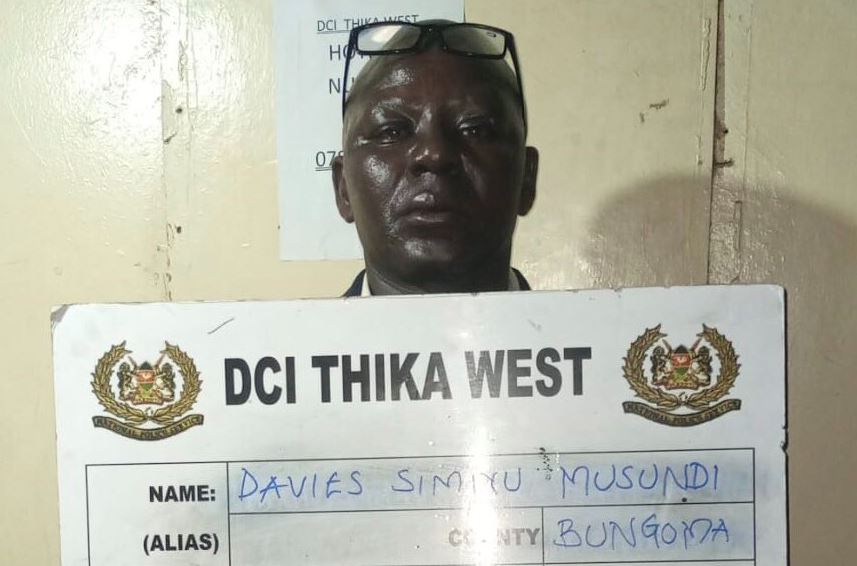 A senior police officer escaped mob lynching after he demanded a bribe from a liquor store owner in Thika’s Runda estate.

Police Inspector Davis Simiyu, who is attached to Kikuyu police station, was in the company of two other accomplices when they raided Heisenberg Wines and Spirits masquerading as Kenya Revenue Authority officials.

The fake KRA officers then conducted a thorough inspection of the establishment and found a fault. Allegedly, the owner of the liquor store, one David Mathenge, failed to issue ETR Tax invoices to customers and sold products with fake excise stamps.

Inspector Simiyu and his cronies demanded a hefty bribe from Mathenge.

“All this while, a visibly disappointed group of the characteristic young men who hover around liquor stores was all eyes, watching the unfolding events from the periphery as the purported KRA staff ransacked their local. They were not happy,” the Directorate of Criminal Investigations (DCI) said in its report.

“When Mathenge remained adamant that he was a diligent taxpayer operating his business legitimately, the three attempted to arrest him. However, his intuition had warned him that the three were thugs out to steal from him,” added the DCI.

Mathenge raised an alarm attracting the already agitated group of young men who came running, baying for the blood of the three.

Two of the suspects managed to escape using a getaway car but Simiyu was cornered and flogged.

Police officers who were on patrol heard the commotion and rescued Simiyu from the angry mob.

During interrogation, police officers established that Simiyu is facing three court cases at the Nakuru and Milimani Law courts for the offences of impersonating KRA officials. 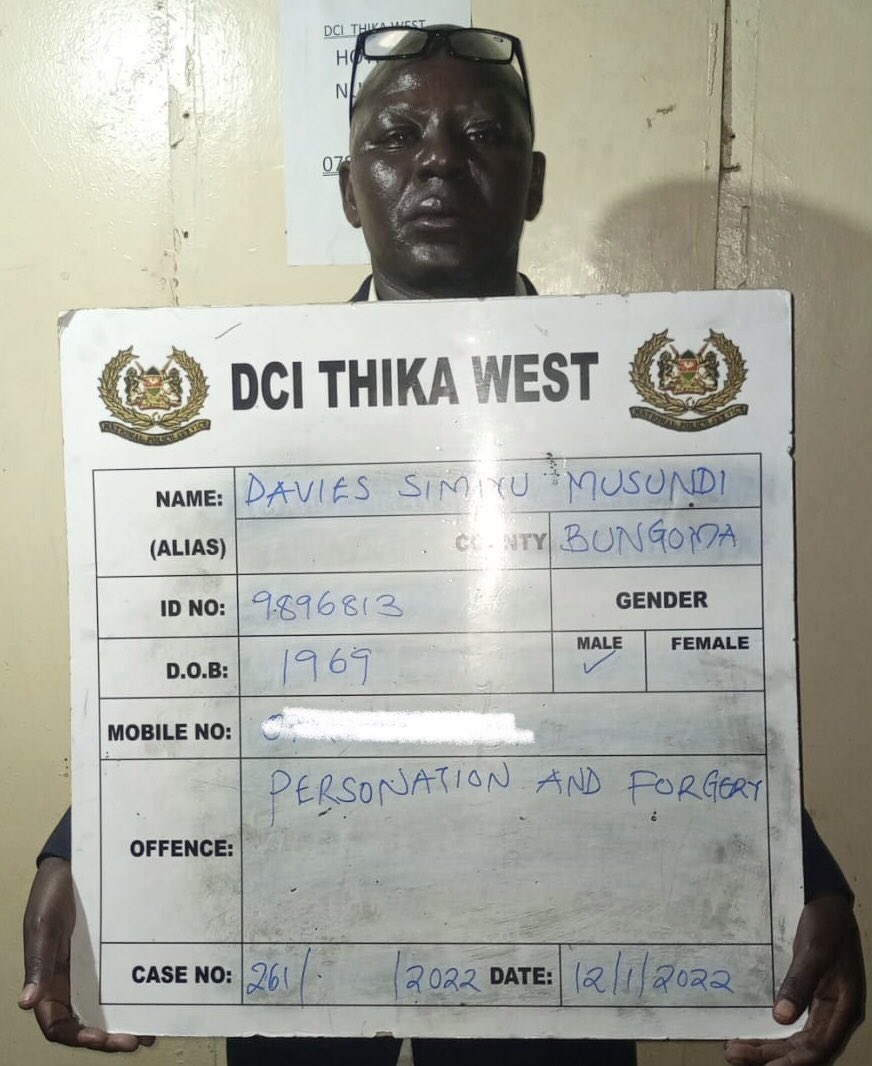