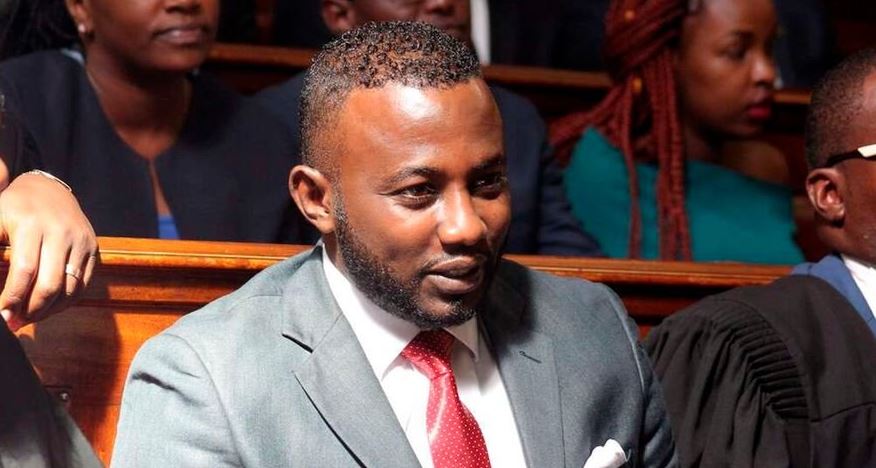 Lamu Senator Anwar Loitiptip showed his teeth after being asked questions about being a deadbeat father.

It all started after the Senator’s ex-partner Saumu Sonko answered a question from one of her followers on Instagram.

The question read: “Is Lamu Senator supporting his kid?”

To which Saumu replied: “Deadbeat kabisa, has never supported a thing.”

A reporter then reached out to the controversial Senator for a comment but he was having none of it. In a phone conversation, Anwar Loitiptip barked at the reporter accusing them of trying to tarnish his reputation.

“I want to put you on record like you always do, Mimi kunipigia simu uwache kunipigia simu with that stupid question. I will have to report you to your boss. All the time…now this is the third time you are asking me, this is 2022, a different year. Let us be focused on the agenda that we have. Usiwe unanipigia na mambo ya sijui being a deadbeat. Stop asking me stupid questions please, Umesikia? Have you heard me? I will report you to your boss, nitampigia directly,” Anwar said. 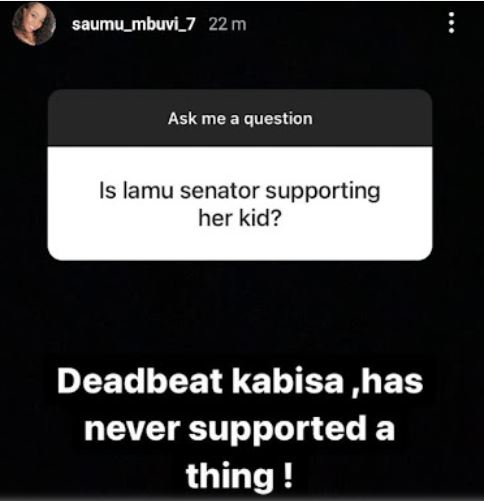 The politician lectured the reporter for asking questions about his personal life instead of his work.

“This is my political career, why do you have to write something that is not important? Wacha nikuulize, ni watu wangapi huko nje wamekosana or have issues with their relationships? Waheshimiwa wangapi? Do you ask them? Do you go on poking people’s relationships and marriages? Get a life, because you will write and then it will tarnish my name, so what will you do? At this time of the year, with politics. Why can’t you ask me political questions?” Anwar posed.

Adding: “Is the Star(newspaper) following people’s private lives? If you write…even me I am doing it on record…I have warned you and I will tell your boss any legal directions I will take, usinilaumu. Umetumwa, unataka kuniharibia jina. If you dare spoil my name…I am telling you on record, I will tell your boss and take legal action. Mimi sio mtu wa kuchezewa hivyo, niulize mambo ya Lamu, kazi yangu ya senate… but private life tuheshimiane.”

The Senator also sent the reporter one shilling through M-Pesa in an apparent move to know their full names.

Anwar then sent the journalist details of her name and phone number and accompanied it with a Whatsapp message.

It read: “Star news reporter. This will be your last time poking people’s affairs.”