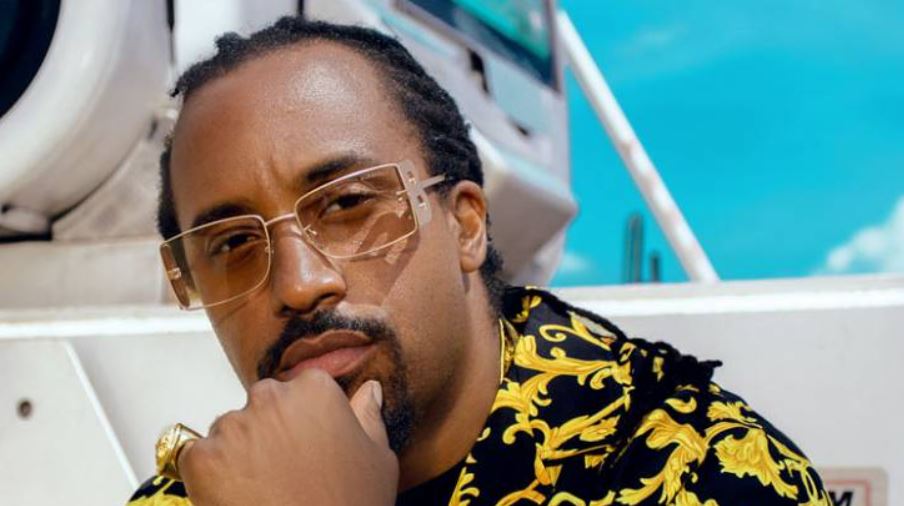 Ugandan hip-hop artiste and record producer Naavio is back in the studio for his sixth album, Vibes Out The East.

The rapper has since released the first track off the project titled “Raha” which has seen him jump on the Amapiano wave.

Navio chats about ‘Raha’, ‘Vibes Out The East’, the state of the East African hip-hop scene and more.

How does it feel to be alive this new year?

I feel lucky to be alive! I had the highest selling album with Strength in Numbers (SiN) in 2020, I was a judge on the two biggest talent shows in Uganda, I did a brand ambassadorship with three other companies and came out of the year alive.

Although we happened to lose a few close people to the Covid-19 pandemic, it’s good to be alive.

Kampala is still on lockdown due to the pandemic. How did you personally celebrate your festivities?

I spent my time out on the farm. I’d usually have shows back-to-back if it wasn’t for the lockdown.

My mum moved to the village full time as well, so I was good to go out there and spend some time.

In the almost last two years, how has the pandemic affected the creatives in Uganda?

I feel like there were a lot of young creatives who came out with the right material and a lot of executives who had invested heavily into artistes.

Seeing returns on your money in music should be almost instant when you have a hit, but waiting for six months, a year, then two years is too much.

I’m sure many future greats have turned away from music altogether. It’s impossible to quantify all the great music we have lost. Salute to those who are still ready to fight.

What’s your secret to remaining such a force to reckon with in the region’s hip-hop scenes?

I think staying close to the art form is always the best way. That and dropping a freestyle now and again to remind them about the legacy goes a long way.

Unfortunately, the radio is always going to push out “the hit”, but thank God for albums.

This is where we are able to let people know where our talent lies and what we are truly all about.

Working hard and staying loyal as well. I’ve worked with lot of people over the years, and I’ve seen them on their way up and down.

The way people act when they’ve made it was always “them”; they were just playing you on their way up.

I always stay respectful and loyal to everybody in my circle. That’s why I’m still here.

Who is the greatest inspiration in your music career?

Of course family comes first. They played the music in the house; they moved me and put that battery in my back with encouragement and inspiration. I think one of my greatest inspirations would be Afrigo Band.

They’ve held down long careers in Uganda and travelled the world with no videos for their music.

They go fan by fan, live performing. Their foundation is incredible. Then MC Afrique challenged me as a conscious emcee to see what it takes to go commercial because nobody else was willing to take our ‘Ugaflow’ to Africa.

Afrique passed away before he could even see me get even one of those 60 awards I have won since.

Give us your personal outlook on the current hip-hop scenes in East Africa. Are we making progress as a music bloc or appealing to the international market?

The scene is so alive. We’ve got people at every level doing their thing. I think for music in general, if we continue to see ourselves as five separate countries then we’ll be dead in the waters.

We need to move as a block. If people in UG can’t name a Khaligraph or Diamond’s single when it drops, people in Congo don’t know when Nyashinki’s album is coming out, if people don’t know where to download Navio’s music in Burundi, then we are in trouble.

If we are together then the numbers make sense to conquer that international market.

You are working on a new album Vibes Out The East, how is the progress?

The album is going to be a beast. I’m about halfway through, but as usual I want to bury myself in the studio for a week for the last seven or eight songs.

I always like giving people a real snapshot of me as I am at that present moment in time. You can only do that with back-to-back work in the studio.

How different will this album be compared to your previous one?

My last album SiN was collaboration-heavy, but I think this project has some stand-out singles with just me doing me.

I’m going to save the collabos that we do as a surprise, but rest assured this is going to be a slice of bars, a good vibe and a side of Navio people haven’t seen before.

Raha is the first jam off the upcoming project. What are its influences and inspirations?

Raha is a feel-good song that Uganda needed right now. We’ve come out of two years of lockdown and curfew.

I wanted to drop something in time for getting us all back on the streets again. Something present that could be felt Africa-wide.

Remember we’ve been locked up, so the clubs are the first place we are checking into.

I linked up with Daxochali on the beat from Tanzania on this one and Sasha Vybz on a monster video. I’m just excited to see what happens once I get on stage with this one.


Why did you choose to experiment with Amapiano on Raha?


I had seen a war breaking out about people rapping on Amapiano beats and I thought to myself, I am “The OG” and we can all do what we want.

Snoop Dogg can sing over 70s disco music, then reinvent himself through reggae as Snoop Lion for a few summers.

Let the youngsters breathe and keep breaking ground in other genres. It doesn’t do any harm to add to your portfolio.

When can we expect Vibes Out The East to be released?

In less than two months. I’m definitely excited to be back out with a project for my fans that have always been there.

My Kenyan fans, especially are no-nonsense, so I always have to have some lines just for them to vibe to.

What’s your new year’s message for your fans?

Thank you so much for allowing a 20-plus-year rap career to flourish in East Africa. There’s something special about our music that the world is now getting a taste of.

We need to rally together not just as countries, but the whole of East Africa as a movement.

Wife of Convicted Wife-killer Sues for Conjugal Rights < Previous
How I Became Content Generation Manager at Safaricom Next >
Recommended stories you may like: