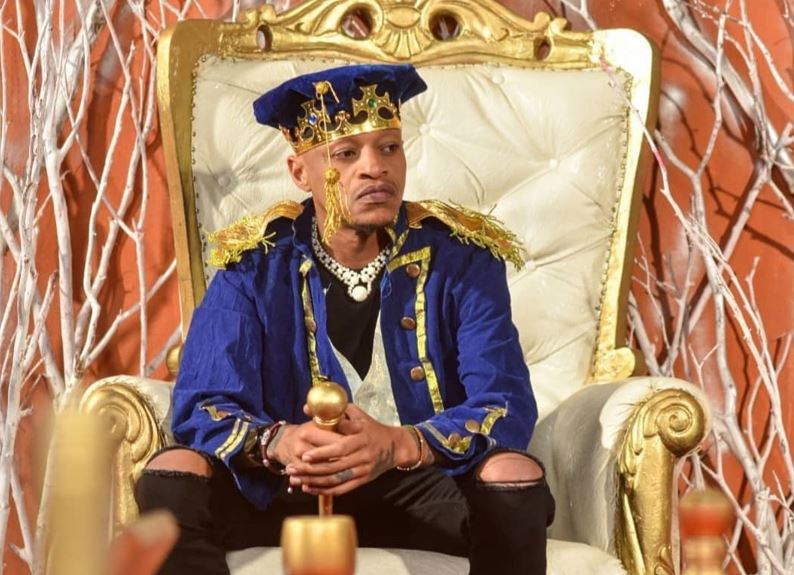 Prezzo tendered his resignation in November of last year but announced he is no longer a member of Wiper on Monday, January 24.

“I write to inform you of my decision to resign from Wiper Democratic Party of Kenya under section 14 (1) (a) of the political parties act as read with article 38 of the constitution, effective today. I wish the party and its leadership and its members all the best in their future endeavors,” Prezzo’s resignation letter reads.

“All in all I will forever be thankful to H.E Kalonzo Musyoka and wish the party all the best,” he wrote on social media. 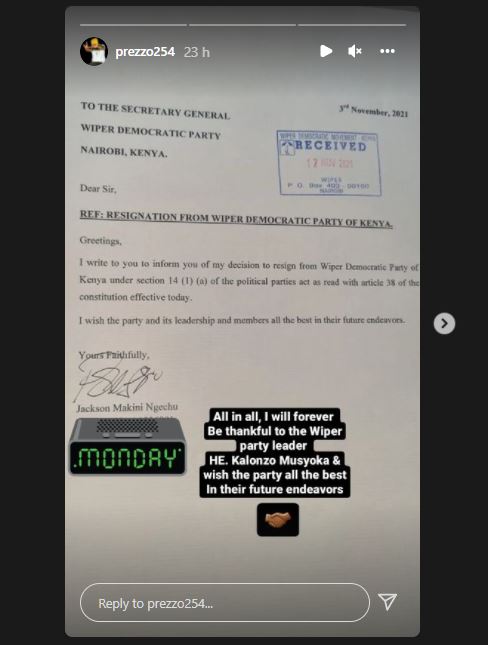 Prezzo, who had initially declared interest in vying for the Kibra Parliamentary seat, will be running for Kasarani MP.

The ‘Naleta Action’ rapper said he will announce his new party soon. 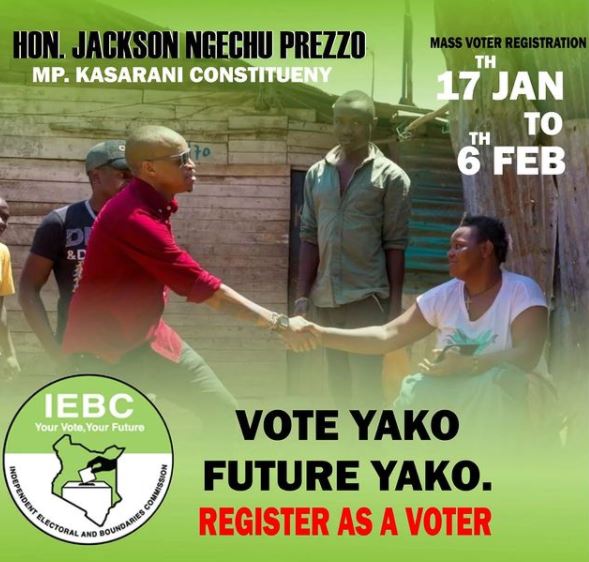 Why Bolt is Spoiling Kenyans With Crazy Food Discounts, and How They are Paying for It < Previous
Eddie Butita Forgives Miss Mandi, Offers to Work With her Next >
Recommended stories you may like: