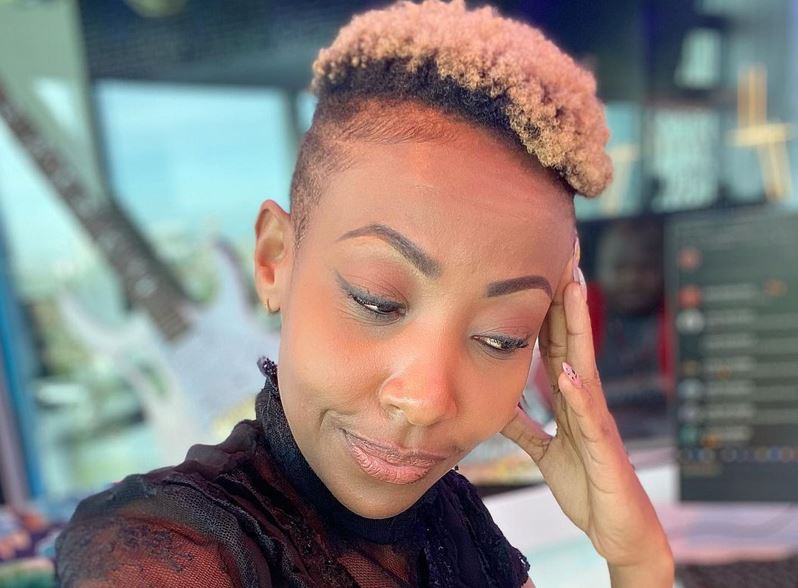 Radio personality Rachel Muthoni alias Mwalimu Rachel got up close and personal with her fans on Instagram, revealing interesting facts about herself.

The NRG radio presenter engaged her over 366K followers in a game of ‘What do you know/think you know about me?”, and she duly responded to most of the observations.

In one interaction, a fan asked whether she was dating the veteran radio presenter Maina Kageni.

Rachel responded: “Eh? not true at all. Trust me if I was dating Maina, you’d know. He would let the world know I mean… it’s me.”

Mwalimu Rachel replied: “Dated G? Never! He was one of my teachers when I was an intern. Mad respect. Amina? Ai you people will pin women against each other for entertainment aki, Wacheni.”

The MRX media C.E.O also revealed she broke up with her former partner and baby daddy, rapper K-Letta.

A fan had noted: “You were once married.” To which Rachel responded: “😅 more like come we stay situation. Yes. The respect remains even though we arent’ together. This is why you haven’t seen vitukos on my socials.”

Below are some screengrabs from Mwalimu Rachel’s Instagram session with fans. 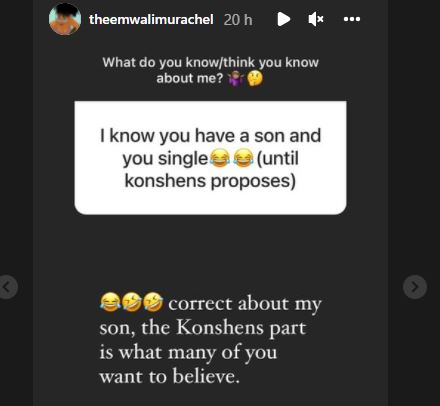