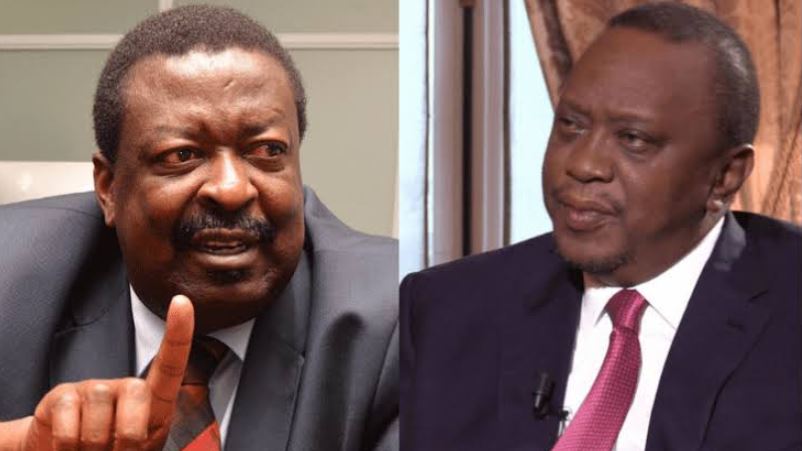 ANC Party leader Musalia Mudavadi has responded to President Uhuru Kenyatta after the Head of State claimed he was disappointed by his partnership with DP Ruto.

Uhuru reportedly expressed his disappointment with Mudavadi when he hosted a section of leaders from the Western region at State House on Tuesday.

“The President said he was disappointed in Mudavadi for agreeing to work with Ruto yet he was talking with them all along,” Tongaren MP Eseli Simiyu said.

Adding: “The head of state said he thought they were friends only for Mudavadi to betray him.”

Mudavadi ht back at the president on Wednesday during his joint tour of the Rift Valley with DP Ruto.

“I want to tell my friend President Uhuru Kenyatta that you have a right to be disappointed, but Kenyans are even more disappointed,” Musalia said at Eldama Ravine.

“Kenyans are hungry, have a big tax burden, are overcharged, and they are jobless and hustling, they are disappointed, Tusidanganyane!”

The ANC party leader at the same time said Kenyans will not accept a government project as their next president.

He claimed Azimio la Umoja is a “stalled project just like many other stalled government projects.”

Ruto Should Stop Taking Credit for Uhuru Projects, MP Declares < Previous
This is What’s Trending in Nairobi This Thursday Next >
Recommended stories you may like: