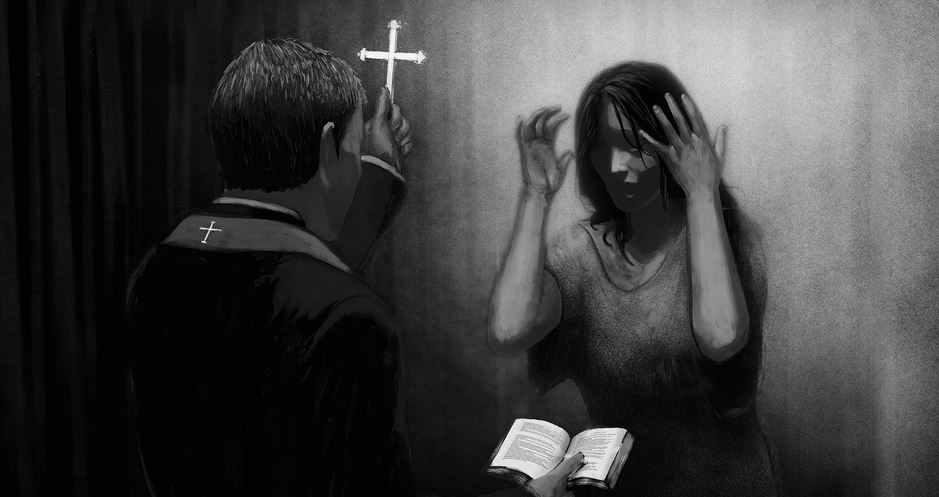 A family in Kirinyaga is reportedly living in distress after one of their kin was allegedly possessed by evil spirits.

According to a report by K24 Digital, a man only identified as Moses from Rîamata village in Kangai ward of Mwea Constituency claimed that his wife is possessed by evil spirits and that she has been attacking him and their children for some time now.

Moses told the online publication that his wife recently strangled their daughter and claimed that she was trying to squeeze out a snake.

“A few days ago, I heard screams coming from my home, when I rushed to see what was happening, I found my wife grabbing my daughter’s neck,” he said.

“When I asked her what was happening, she told me that there was a snake in our daughter’s neck and she was trying to squeeze it out,” Moses added.

In the following days, Moses claimed that his wife turned on him and started strangling him at night on several occasions.

“I could hardly breathe once she started strangling me. She only stopped when I started praying,” Moses who had visible marks on his neck narrated.

The man said the incidents have forced him to carry the Bible everywhere he goes even at night fearing that the demons might attack him without the Bible.

The family has since invited a local preacher for prayers and called on other religious leaders to assist them.

At the time of the interview with K24, prayers were ongoing and the woman could be heard condemning the man of God while being prayed for.

She was heard claiming that some evil spirits were in her hair, prompting the preacher to direct the woman to cut her hair and burn it.

Lupita Nyong’o Cancels Movie Promo Tour After Positive COVID-19 Test < Previous
Presidential Aspirant Promises a Cow for Every Kenyan Next >
Recommended stories you may like: