Presidential Aspirant Promises a Cow for Every Kenyan 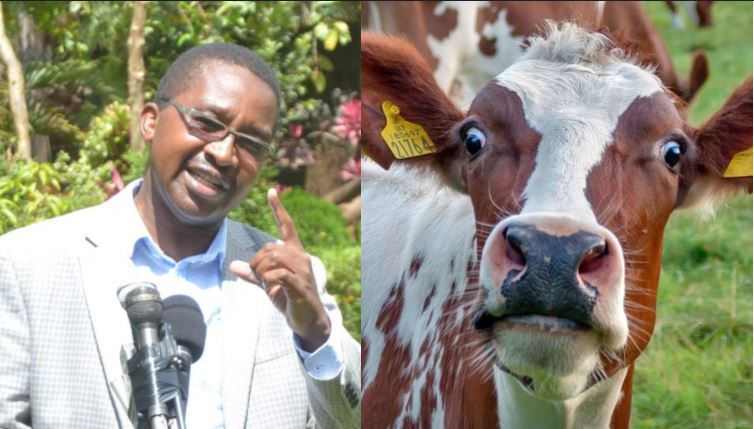 Any Kenyan who wants to own a cow can count on Murang’a County Governor Mwangi wa Iria to deliver once he ascends to the presidency after the August polls.

Wa Iria says his government will provide every Kenyan citizen with a cow, a plan he says will start even before the elections.

“Some say that they will give out Sh6,000 to the needy but my government will provide every Kenyan citizen with a cow. One home, one cow, and I will make this come true. I want to start it before being elected as President,” Wa Iria said in a TV interview.

Additionally, political aspirants seeking a ticket under his Usawa party will be required to provide cows.

Mwangi wa Iria further called on well-wishers to donate cows to his cause in order to actualize his ‘one home, one cow’ promise.

“I would like to call on Kenyans to donate cows so that we can be able to disperse them to needy Kenyans,” he urged.

Man Carries Bible Everywhere After Wife Tries to ‘Squeeze Snake out of Daughter’s Neck’ < Previous
Mary Wambui Arrested at Runda Home over Illegal Gun Possession Next >
Recommended stories you may like: